Rajang the orangutan had been at Colchester Zoo, Essex since 1980 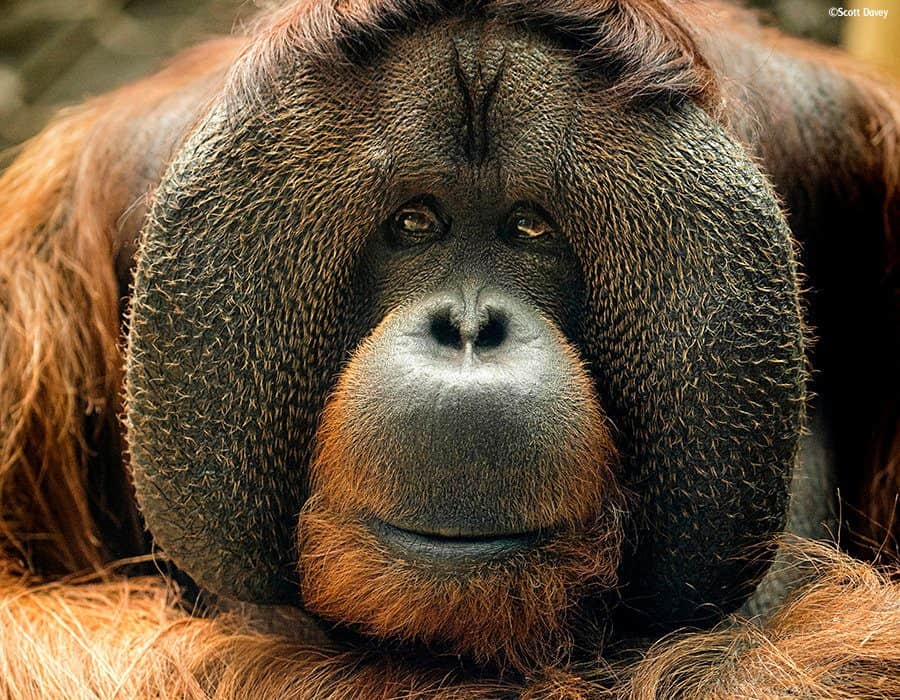 One of Britain’s most famous orangutans has died today aged 50.

Rajang the orangutan had been at Colchester Zoo, Essex since 1980 after he was transferred from another zoo at the age of 12.

He was world-famous for kissing the ‘baby bumps’ of pregnant women who visited the zoo through the glass of his enclosure.

But in the past few years the 50-year-old primate he had developed chronic arthritis and other health problems that come with old age. Rajang responded well to these treatments and the vets says they felt satisfied that his level of care and welfare was being taken care of.

However, in the last few months it became clear that Rajang had been experiencing periods of losing focus – similar to someone with a degenerative neurological condition.

This causes problems with movement or mental functioning including dementias and Parkinson’s disease.

But because his symptoms have an inevitable effect and Rajang’s condition further deteriorated the keepers and vets decided to put him to sleep to prevent him suffering.

A spokesperson from Colchester Zoo paid tribute to Rajang who will now have the Orangutan Forest named after him.

She said: “Rajang had a very special bond with his keepers, some of whom he had known for the majority of his adult life, a bond that is irreplaceable and one which will never be forgotten. “All the animals in our care have their individual personalities which we all fall in love with but Rajang was one of a kind with a personality so unique, fascinating, loving and interesting.

“Rajang always had a twinkle in his eye and despite Orangutans not having the same facial muscles to express their emotions the way in which humans do, Rajang communicated with his keepers and visitors through his beautiful eyes and expressions he would make with his mouth.

“Rajang always showed interest in people, and no doubt there will be a number of pregnant visitors who experienced Rajang ‘kissing’ their baby bumps, something he became world famous for through viral videos.

“Rajang would also copy his keepers’ actions, so much so that they would give him similar utensils to be able to fulfil the actions he was seeing; Rajang cleaned his own windows and also done some gardening by putting a plant in a flower pot after watching the gardener! It’s moments like these that we will treasure forever.

“Sleep tight Rajang, you will be missed but never forgotten”.