A film prop auction raised almost £4 million – including a whopping £30,500 for Marty McFly’s ‘self-lacing’ light-up trainers. The UK’s largest ever memorabilia auction also included Chris Pratt’s Guardians of the Galaxy helmet, which went for £134,200, and a bullwhip used by Harrison Ford in Indiana Jones for £79,300. Prop Store, who held the […] 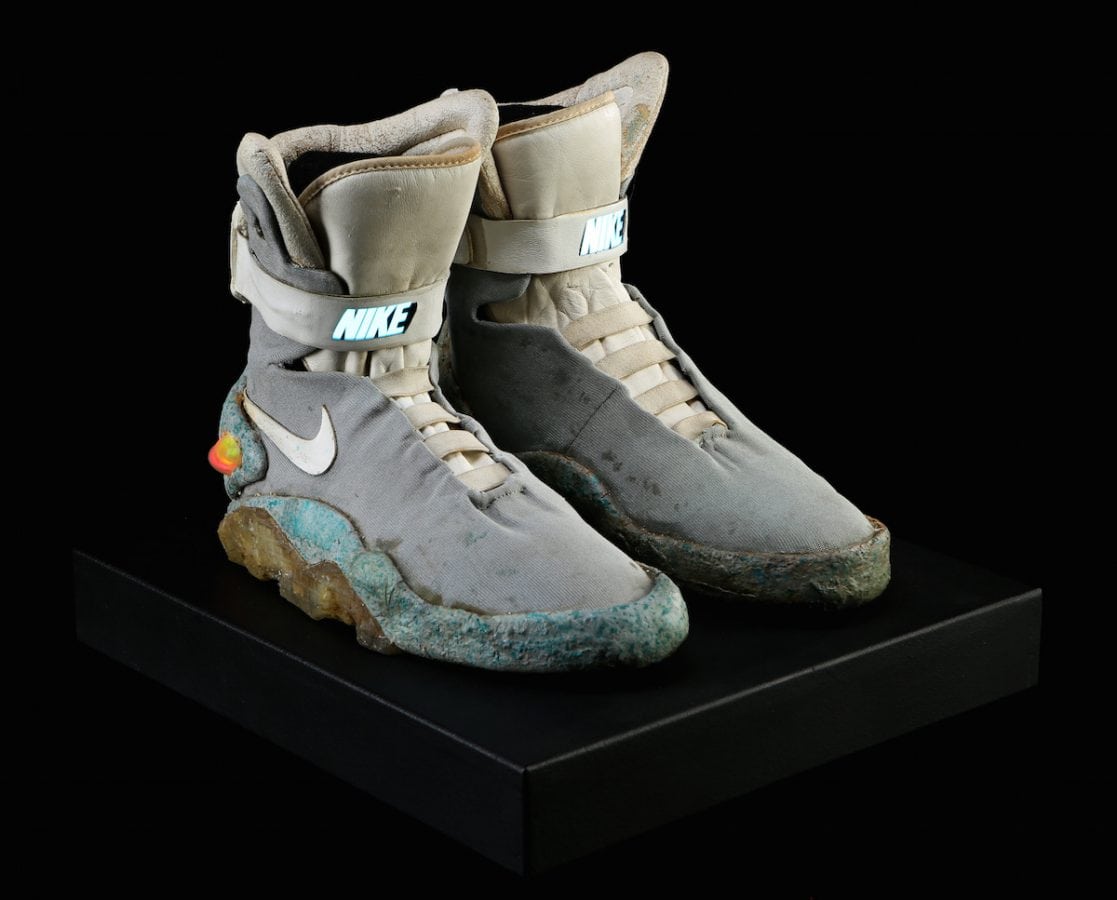 The UK’s largest ever memorabilia auction also included Chris Pratt’s Guardians of the Galaxy helmet, which went for £134,200, and a bullwhip used by Harrison Ford in Indiana Jones for £79,300.

Prop Store, who held the auction in partnership with Odeon, flogged more than 600 items from blockbusters including Pulp Fiction and Top Gun at the BFI Imax on Tuesday.

Other pricey props included Merlin’s robe and helmet from the 1981 film Excalibur, which went for £91,500, and Jack Nicholson’s Joker costume, which sold for £39,650.

The sale coincided with a number of special screenings at the BFI IMAX, which saw classics such Aliens, Scarface and Who Framed Roger Rabbit? return to the brig screen for film fans to enjoy in the lead up.

“Over 1,500 bidders duked it out during a marathon 11-hour event held in the comfort of the BFI IMAX screen, which was also streamed live around the world.

“Prop Store offered to market a phenomenal collection of film and television artifacts that were keenly contested for by collectors, investors and institutions alike.”

Sylvia Woon, Interim Commercial Director at ODEON UK and Ireland, said: “Each year, Prop Store’s auction at London’s BFI IMAX gets bigger and better, and the collection of items from the exhibition that went under the hammer in 2017 were no exception.

“It was fantastic to see so many film fans come through our doors to see and bid on these incredible pieces of entertainment history – and we can’t wait to see what the team at Prop Store have got planned for 2018.”