“I was in shock - I just stood outside in disbelief. I couldn’t believe why someone would target a hospital to steal a car." 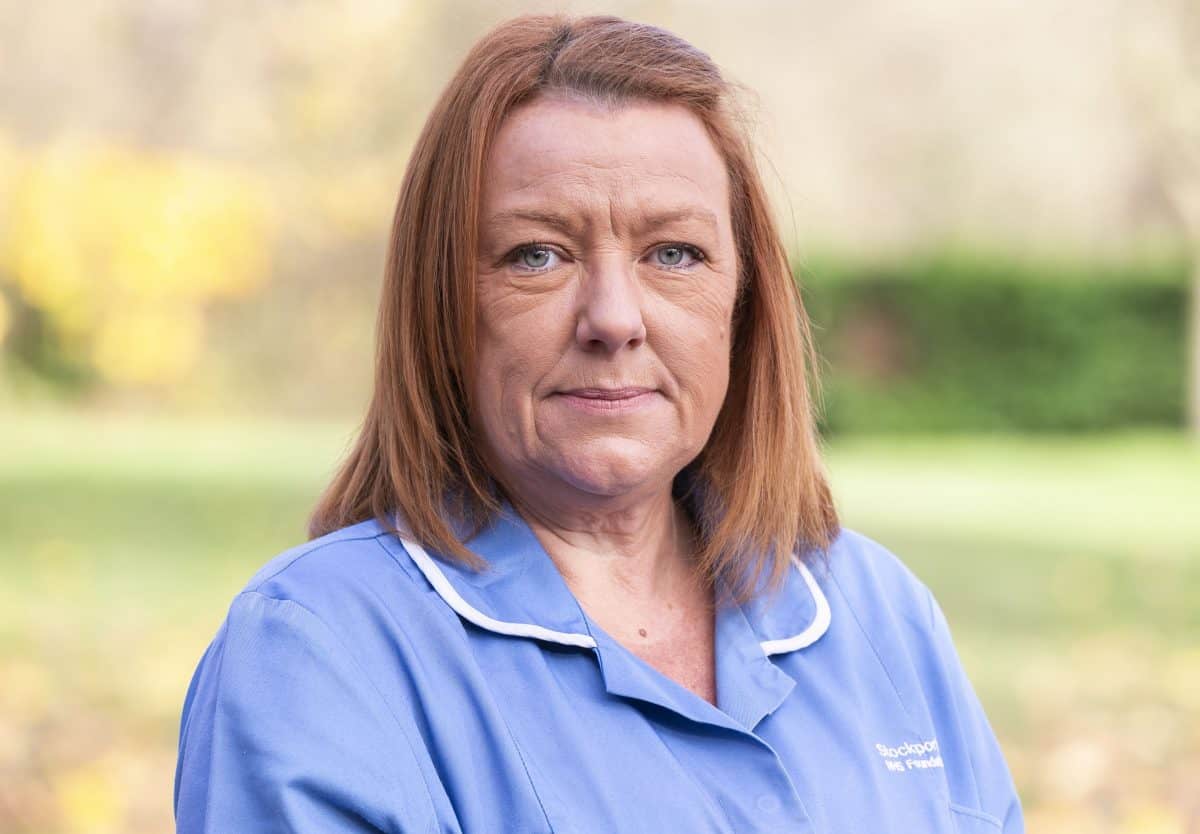 A grieving nurse has told how thieves stole her car from the hospital car park — while she worked voluntary overtime saving Covid patients.

Janine Morgan, 48, did a ten hour stint during which her team revived virus patients and she comforted colleagues who accompanied dying people in their final moments.

She worked an extra three hours overtime on the Hyper Acute Stroke Unit at Stepping Hill Hospital in Stockport to help her colleagues cope with demand.

But when she tried to go home, she discovered cruel thieves had stolen her new Ford Fiesta from the car park outside.

She’d only just bought the £8,500 motor after years of saving and is now using her son’s car to get to work.

The veteran nurse of nearly 30 years has worked throughout the entire pandemic – even after her own dad Joe, 76, died from Covid in March.

Janine, a mum-of-two, from Poynton, said: “Nursing is a hard job at the best of times but now it’s on another level.

“If I had left on time I would still have my car, but I just couldn’t leave my colleagues.

On our knees at work

“It was a horrendous day as we are all on our knees at work; I had to break bad news to a lady with a life-limiting illness who couldn’t have her family with her, I was all she had.

“Another patient had collapsed and my team helped revive her, and sadly a gentleman passed away and I consoled the nurse who had been at his side all day.”

Janine had been saving for years for a new car but had only bought her Ford Fiesta a month before it was stolen on Monday 16th November between 3pm and 6:30pm.

When she nipped out of the shift to call her mum Barbara, 78, to tell her she was staying late, it was still in the car park.

So thieves struck when she was working overtime – above and beyond the call of duty.

“I came out at the end of my shift to call my mum, like I did every day since my dad’s passing, and told her I would be staying late because it was so busy,” she said.

“I was in shock – I just stood outside in disbelief. I couldn’t believe why someone would target a hospital to steal a car.

“We don’t have casual visitors in the hospital anymore due to the lockdown, so the only cars parked in the car park are of the staff or of relatives of those who are dying.

“I don’t understand the mentality of these people – how do they get up in the morning?”

Janine immediately phoned the police when she realised what had happened – but apologised as she didn’t see it as an emergency.

She said: “I just couldn’t stop thinking about the lady who I delivered the bad news to earlier that day, so my problems just seemed irrelevant!”

Security footage showed a couple had pulled into the car park in their own vehicle and the man had used a device to open the new keyless Fiesta.

“The security guard told me that the thieves were likely within a 10-metre radius of me when they stole the car which makes my knees wobble!” she said.

Janine has been a nurse for nearly 30 years and did her training as soon as she left school to follow her lifelong dream.

Janine’s father died in March, just two hours after the very first NHS ‘Clap for Carers’, which she told him about in their final conversation.

She said police have found the car and she thinks it has been written off.

Janine has a fully comprehensive car insurance policy and will be covered after her insurer has assessed the damage.