Rebecca Brown won a share of the cash on a National Lottery family syndicate. 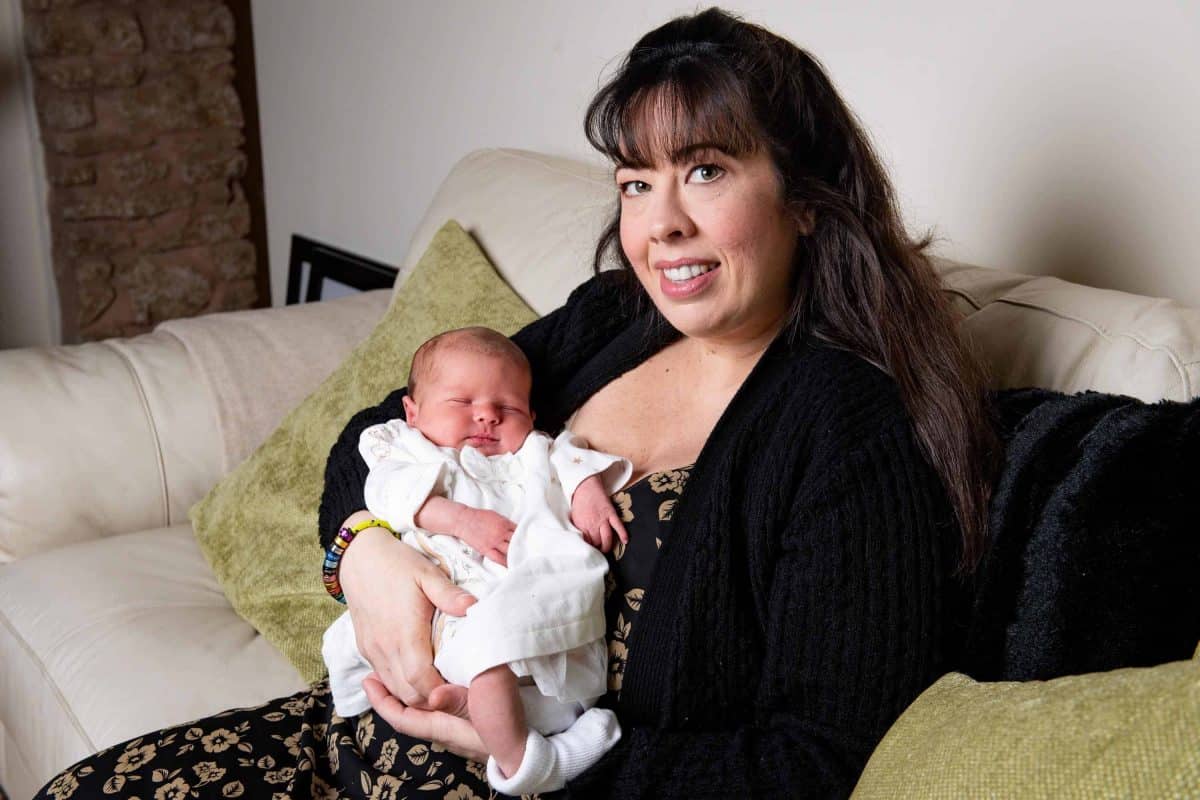 An NHS nurse who was told by doctors to have children “sooner rather than later” has given birth after funding IVF treatment with her share of a £1 million family lottery win.

Rebecca Brown said her new baby, Ethel, is “priceless” after she was born at the same hospital she works at in Nottingham on Friday.

Speaking to the PA news agency a few days after the birth, Miss Brown, who works as an orthopaedic nurse at the Queen’s Medical Centre, said: “It’s been manic and full on, that’s for sure.

“When it happened, I sort of ended up on Saturday morning in a bit of the daze, because I couldn’t believe that she was my baby and I thought I was dreaming.

“I thought it was a dream I was going to wake up from. We had a bit of a moment, behind the curtain at the hospital.”

Miss Brown won her share of £1 million on the National Lottery as part of a family syndicate in August 2016 with her 63-year-old mother Yvonne, her 64-year-old father David and her 37-year-old sister Julie.

The lucky lottery winner contacted CARE Fertility in Nottingham for a one-to-one consultation after she decided she wanted to have a child.

Recalling the moment she knew the IVF treatment had been a success, Miss Brown said: “The first thing I did was I Facetimed my sister and said ‘morning Auntie Julie’ – and she went in to tell my mum and dad that it was a success.

“Then I cried a little bit – I never really thought that we’d get to this stage.”

The NHS nurse was told by doctors in February 2018 to think about having children after a smear test revealed abnormal cells which turned out to be pre-cancerous cells in her cervix.

Addressing what her doctor had told her, Miss Brown said: “She just said with this history, and my age as well, I should think about having children sooner rather than later.

“And I just thought, I knew what I wanted – it just made me realise what I wanted more than anything. So I just went straight for it.

“My dad said I needed a man and I proved that you don’t – you don’t have to be in a relationship.”

Miss Brown said she required a sperm donor as part of her IVF treatment – adding that she was happy with any match.

“I don’t want to offend anyone, but I just said I didn’t want any gingers and I wanted someone of average height – so I was quite broad and I was matched quite quickly,” she said.

Ethel was born on Friday, weighing seven pounds and 10 ounces.

Questioned on the reasons why she chose the name Ethel, she said: “I like old-fashioned names.

“Ethel was a name I really liked, but I also had a patient called Ethel, who was a really cute sweet old lady.

“This was a long, long, time ago but she’s always stuck with me.”

The jackpot winner said her new baby would still probably have been born without the lottery win, but she would have needed contributions from her parents.

She said: “Ethel would probably be here, but not funded by myself.

“So, Ethel would probably be here on contributions from mum, dad, sister – they would have helped me out.

Asked about whether she would use the rest of her winnings to treat Ethel, Miss Brown said: “I think Ethel will end up being a very lucky girl but she’s going to be brought up, hopefully, not to be a spoiled little girl.

“I mean she has been very spoiled as a baby – but money won’t make you better than anyone else.

“She’ll be very well off, there’s no doubt about it – but she’s going to hopefully be grounded.”

Miss Brown said she continued to enter the same lottery draw with the same numbers but hoped someone else could win the jackpot.

She said: “We still do it – dad puts the numbers on every week for us in Asda.

“We’ve had a couple of wins, but I’m hoping that someone else wins now and then they can get to enjoy what we have.”

Dr Abraham Francis, of CARE Fertility said: “We are delighted to hear of the safe arrival of Rebecca’s much-wanted baby.

“A little bit of science and some lottery luck is a magical combination.”

Asked if she could put a value on her new baby, Miss Brown said: “She is priceless but she’s worth every penny.”