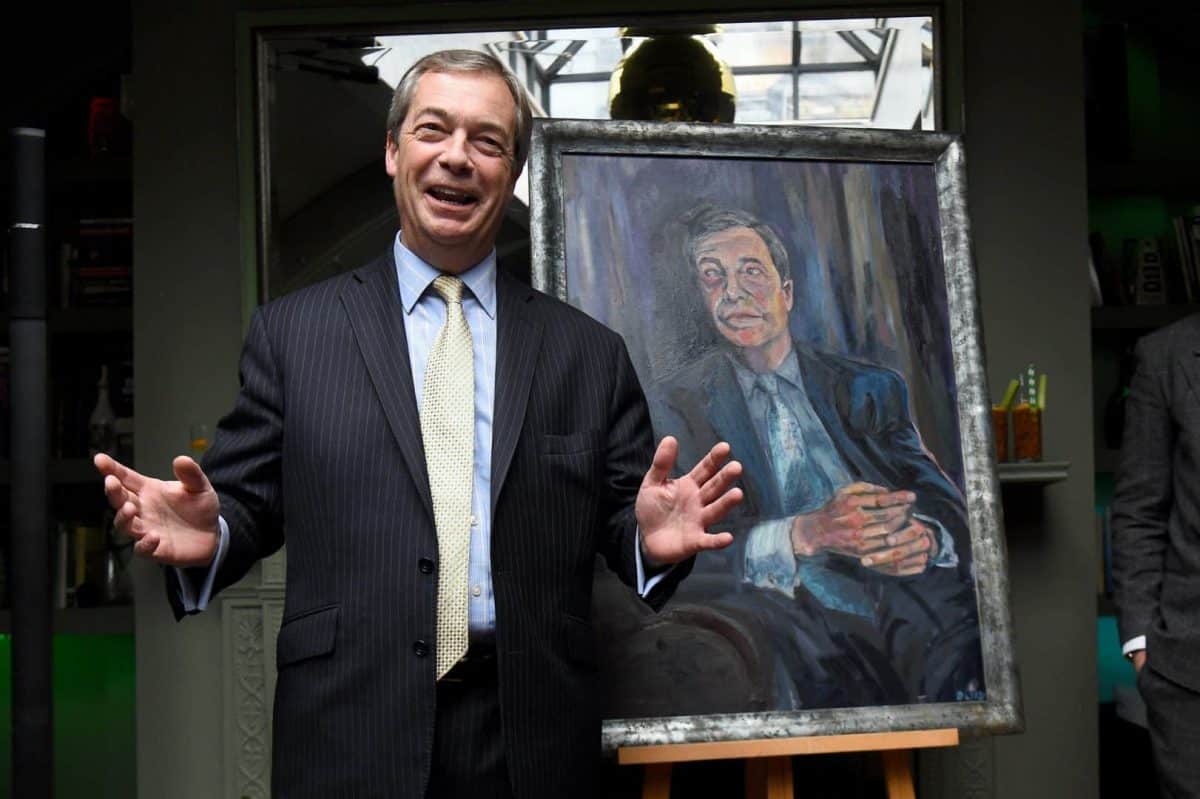 Nigel Farage has unveiled his portrait Mr Brexit, which will be auctioned to raise money for charity.

The work created by artist Dan Llywelyn Hall was revealed at L’Escargot Restaurant in London, less than 36 hours before the UK is set to leave the European Union.

Mr Farage told the PA news agency: “I will miss the drama. I will miss being the pantomime villain who gets up and 500 people boo.

“I won’t miss Brussels because it’s a dump. But I will miss Strasbourg which has got lots of family-run restaurants and yeah, of course, I am going to miss that.

“I suppose my level of notoriety is relatively high at the moment and I am hoping we can auction this off for a magnificent charity.”

The money raised by the painting will go towards veteran support charity Care After Combat.

Earlier, he described Brexit as “the achievement of my lifetime” in the wake of the final Withdrawal Agreement vote.

Following his fiery departure speech – which saw him having his microphone cut off and being told to leave “and take your flags with you” by the deputy speaker – Mr Farage said he found it hard to believe Brexit was happening.

Jim Davidson introducing a portrait of Nigel Farage to Nigel Farage. The whole thing looks like a @Coldwar_Steve masterpiece. pic.twitter.com/qpOdNLTctf