This 18ft high oak monument erected in the grounds of a historic castle has become the butt of jokes on the internet – for closely resembling a TOILET PLUNGER. The Tree Charter Champion Pole was unveiled at Lincoln Castle on Monday (6/11) to help celebrate the 800th anniversary of the Charter of the Forest. The […] 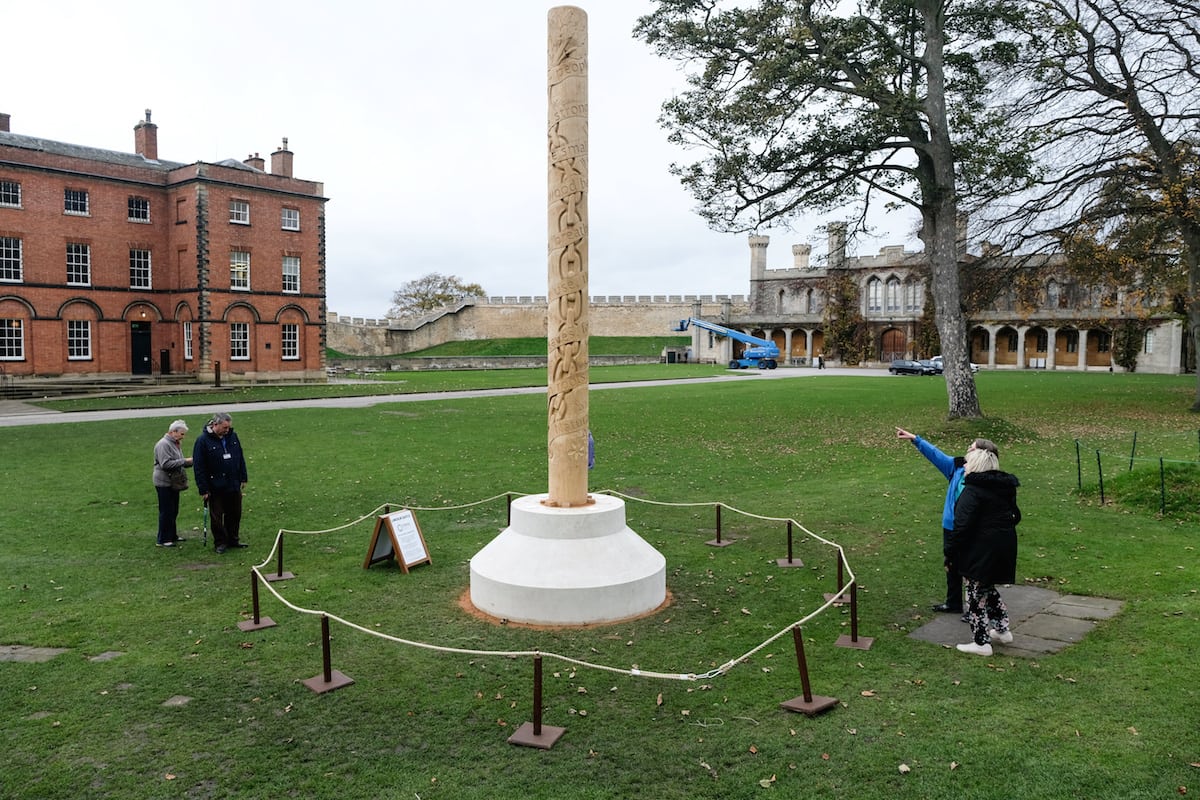 This 18ft high oak monument erected in the grounds of a historic castle has become the butt of jokes on the internet – for closely resembling a TOILET PLUNGER.

The Tree Charter Champion Pole was unveiled at Lincoln Castle on Monday (6/11) to help celebrate the 800th anniversary of the Charter of the Forest.

The 18ft (5.4ms) high sculpture features a long oak ‘handle’ and a concrete plinth, making it look exactly like a huge loo plunger.

Social media users took to Twitter to express their observations of the sculpture.

Margaret Doney posted: “Is the plunger there in case the drains get blocked?”

The 6.5-ton carving was created by artist Simon Clements, 57, who took three weeks to whittle it from British oak in his warehouse in Little Wittenham, Oxon.

He has also built ten other oak poles, each of which stands for a principle under the Woodland Trust’s new Charter for Trees, Woods and People.

The charter features guiding principles for protecting the environment, and the Champion Pole represents all of them, as part of the celebration of the Charter of the Forest.

In total, the carvings cost around £20,000 to make, and each one features text written by poets from each country in the UK.

“It was three weeks of hard labour, following around two years of planning.

“I started working on the poles in May, so it was very emotional to see the first one finally go up.

“This pole is the centrepiece of the project, and I really think that it is a fantastic placeholder for the charter.

“The feedback I got was fantastic, people have really seemed to warm to it, which is a massive relief on my part.

“Lots of people came up to me and congratulated me on it and said how beautiful it looked.

“I have heard one or two people call it a ‘toilet plunger’, which is something that makes me chuckle.

“I really don’t mind it or find it disrespectful at all, it’s good that people have something to remember it by.

“During the carving of it, I did appreciate that it could look a bit like a toilet plunger, but I thought that the historical significance of it would outweigh that.

“If that’s what people want to call it then I have no problem with it, it’s nice that it’s got people talking – even if it’s not in the way that I expected.”

Beccy Speight, CEO for the Woodland Trust, said: “The new charter will redefine the relationship with people and trees in the UK for present and future generations, providing guidance and inspiration for policy, practice and attitude, across Government, businesses, communities and individuals.”

The Charter of the Forest was written in 1217, two years after the Magna Carta, and re-established the right of free men to access the royal forest, which had been taken away by William the Conqueror and his heirs.

Lincoln Castle is the site of one of the two remaining copies of the charter.