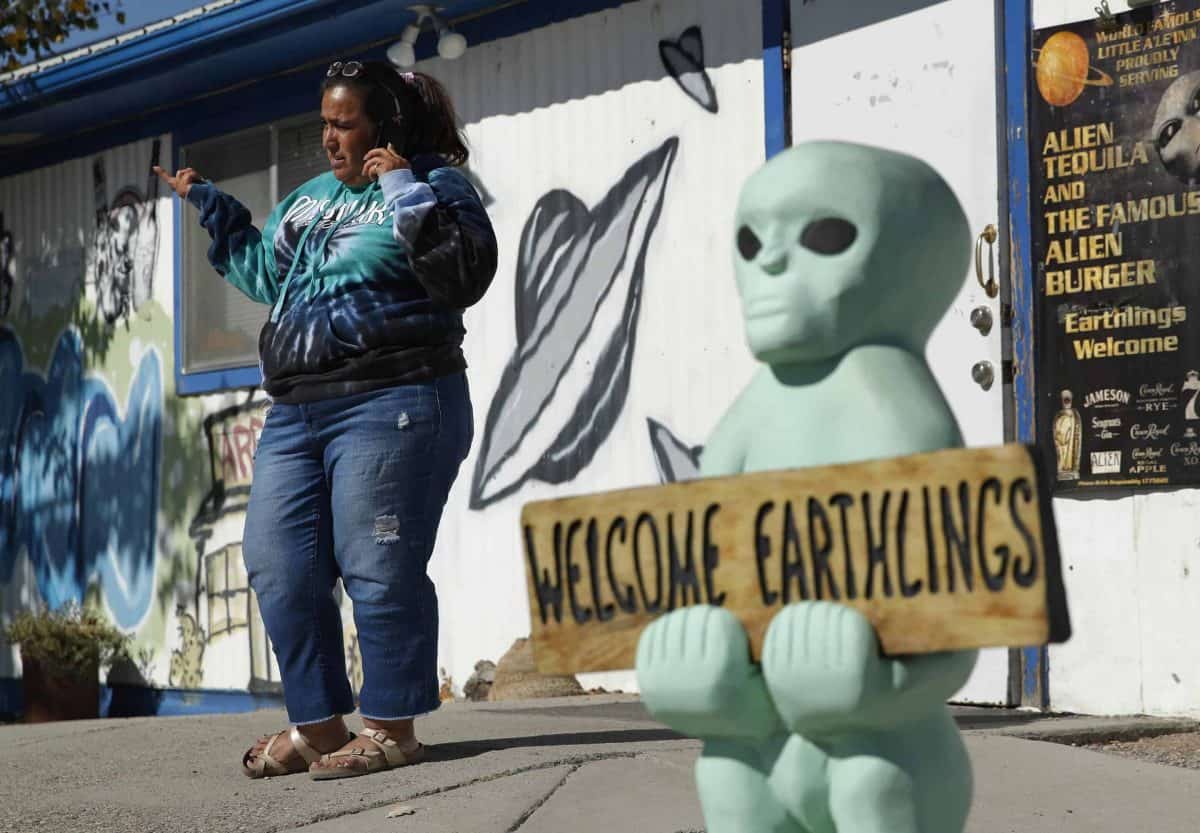 Nevada desert towns have been preparing for a possible influx of visitors after a viral Facebook event encouraged people to “storm” the area.

No-one knows what to expect, but the two tiny towns of Rachel and Hiko near the once-secret military research site are preparing for all possibilities.

Residents, local politicians and event organisers said the craze sparked by an internet joke inviting people to “see them aliens” might become a cultural marker, a monumental dud or something in between.

Area 51′s secrecy has long fuelled fascination about extraterrestrial life, UFOs and conspiracy theories, giving rise to the events this week and prompting fresh military warnings not to approach the protected site.

Events include the “Area 51 Basecamp”, featuring music, speakers and films, and two festivals competing for the name “Alienstock” starting on Thursday.

Joerg Arnu, a Rachel resident, said: “We are preparing for the worst.”

Mr Arnu said he has installed outdoor floodlights, fencing and “No trespassing” signs on his 30-acre property.

He has also organised a radio-equipped night watch of neighbours, fearing there will not be enough water, food, rubbish bins or toilets for visitors.

“Those that know what to expect camping in the desert are going to have a good time,” Mr Arnu said.

But he predicts people will arrive in the desert in shorts and flip-flops, unaware overnight temperatures can plunge to as low as 5C.

Mr Arnu added: “That doesn’t protect you against critters, snakes and scorpions. They’re not going to find what they’re looking for, and they are going to get angry.”

Officials expect mobile phone service to be overwhelmed, and have warned the nearest petrol station is 45 miles away.

Though the creator of the Facebook event later called it a hoax, the overwhelming response has sent local, state and military officials scrambling.