The nephew of serial killer Rose West was today (Mon) found guilty of kidnapping and raping a twelve-year-old girl. Sick Steven Letts, 38, plied his young vulnerable with cocaine, cannabis and vodka. He abducted and had sex with the child after they met in the street and she asked him for a cigarette – and […] 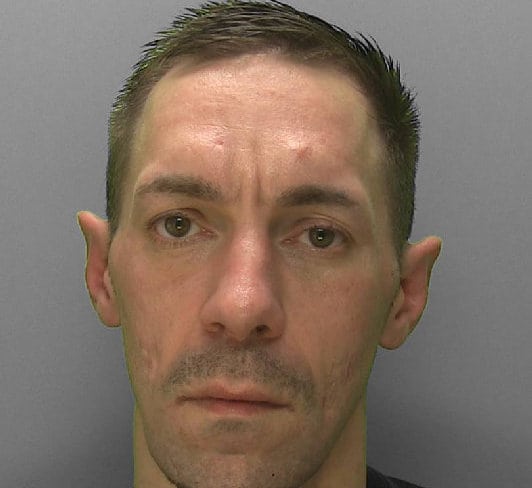 The nephew of serial killer Rose West was today (Mon) found guilty of kidnapping and raping a twelve-year-old girl.

He abducted and had sex with the child after they met in the street and she asked him for a cigarette – and he offered her a joint.

The girl was with her support worker but went off with Letts after the encounter in
Gloucester city centre on March 6 this year.

The support worker said she warned Letts the girl, who lives in care, was underage.

Letts, of Barton Street, Gloucester, pleaded not guilty to abducting the girl on March 6 and raping her in his flat between March 6 and 8.

He was found guilty of both counts today (Mon) at Gloucester Crown Court.

The trial heard Letts and the girl went back to his flat to drink apple vodka and smoke cannabis.

He let the girl smoke cocaine through a pipe ‘to see how her body copes with it’ because it was her first time trying the class A drug.

Letts’ friend was also present – but he is said to have left the flat when the girl declared that she was underage.

The rape came to light when the girl asked a social worker ‘how long it’d take to find out if you are pregnant’.

The court heard Letts later kissed the girl in his kitchen where she reiterated her age.

She later became tired and went to sleep under a blanket in Letts’ bed.

He climbed in and began ‘cuddling’ the child before initiating sex.

A statement from the girl said ‘It went from cuddling to just like too far’ and the sex lasted 30 minutes.

The court heard the sex ‘started to hurt’ the child who wanted Letts to stop but felt guilty asking because he had earlier provided alcohol and cocaine.

When Letts was later arrested, police found DNA matching the girl inside his underwear.

Letts will claim he believed the girl was 16 years old when they met.

”He told me sad stories like a couple of months ago he tried to strangle himself.

“I think he said that so that I’d feel bad and kiss him.

“I did tell him i was 15 [instead of 12] because I thought I had more of a chance of getting drink and drugs.”