Facebook mogul Mark Zuckerberg recently announced that he wants “1 billion people to use VR”, with Facebook’s new Oculus Go headset poised to lead the charge of user-friendly, affordable virtual reality systems. But what will the consequences of Zuckerberg’s promise be? Will 13% of the world’s population really have a use for VR, and if […]

by Sam Allcock
in Gadgets, Gaming, Tech and Auto 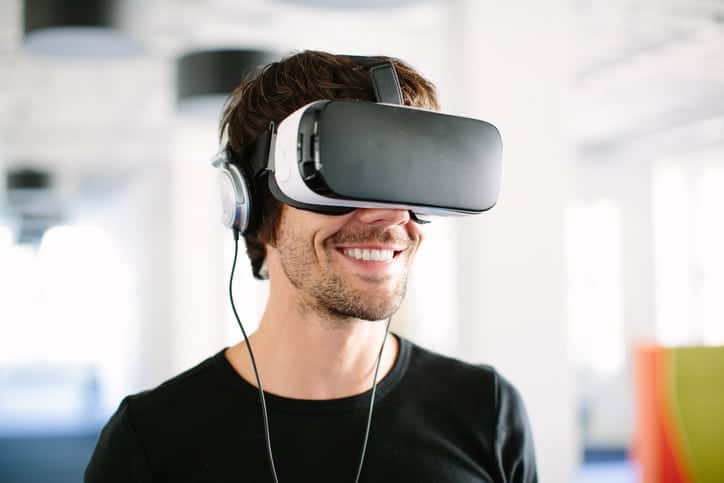 Facebook mogul Mark Zuckerberg recently announced that he wants “1 billion people to use VR”, with Facebook’s new Oculus Go headset poised to lead the charge of user-friendly, affordable virtual reality systems. But what will the consequences of Zuckerberg’s promise be? Will 13% of the world’s population really have a use for VR, and if so, what will that use be? Here are the largest potential markets for VR technology that could further its ascent into the mainstream.

One of the most significant ways the public could make use of VR is through improved communication, and some VR production companies have already suggested that virtual reality and social media are going to combine in new and exciting ways.

Considering how Zuckerberg made his billions, this is exactly the market that he is aiming at, through attempting to supplement our current social media experience. Instead of simply messaging one another or speaking through video chat, Oculus Go (which ships next year) encourages social interaction in a virtual world via Facebook’s Spaces app. The app, which combines the immersive nature of VR with Facebook’s sociability, allows users to create an avatar to teleport across the planet, share photos and videos, and play games with friends.

The current drawback of commercial VR is that many of the available systems are costly and rely on users having expensive mobile phones or computers in order to be able to use the devices. Oculus Go, on the other hand, attempts to provide more accessible and affordable VR technology for the masses, by not requiring a mobile phone or computer to be able to use it. Pricing is yet to be officially confirmed, but it should set buyers back around £150-£200.

The Oculus Go is aimed at providing sophisticated product at a more respectable overall price (the Rift costs £399), but critics have labelled the Oculus Go “a middle of the road device” that arguably sacrifices quality in order to reduce its price. It has been criticised for neither pushing boundaries nor being able to showcase the best of what VR can do. For example, as it doesn’t include an external sensor to monitor a user’s movements, it cannot perform positional tracking the way the Oculus Rift does.

Whilst there is much potential for VR to transform the way we communicate, it may be some time before this potential is realised and the balance between affordability and quality is found.

The gaming market is also being targeted by companies attempting to break VR into the mainstream. With PS4 offering minor VR upgrades and Microsoft remaining tight lipped on how they will be pushing forward with the Xbox One’s VR capabilities, the market is currently dominated by PC gaming. Combining headsets and controllers from Oculus Rift or the HTC Vive VR, popular gaming titles like Fallout or Skyrim have been transformed by VR technology, offering gamers a truly immersive experience.

VR-only games, such as Audioshield on the HTC Vive, have also proved popular. However, much like VR communication devices, the main problem currently with the gaming potential of VR is the price of both the headsets and the compatible PCs.

Some companies have taken note of the lack of accessibility offered by this type of gaming and have attempted to offset this by setting up large scale locations where you can play VR games, such as the opening up of VRcades. A number of VRcades have already opened in the U.S, such as The Void, based in Salt Lake City, which combines the gaming experience with props and special effects, further enhancing the immersive nature of the games. IMAX have also opened up a handful of IMAX VR Experience Centres worldwide, which feature games from a number of genres. These innovations could be a valuable way of increasing visibility and accessibility of VR gaming before it truly becomes a household fixture.

VR is becoming increasingly popular in education. Products such as Google Expeditions allow teachers and students to take “immersive virtual journeys,” meaning students can go on virtual field trips to the Antarctic or the Great Barrier Reef. There are a range of other educational games that can be played on VR devices, such as Cleanopolis, where learning about climate change becomes interactive, as students find out more about CO2 whilst battling alongside Captain Clean to save the planet. There are also language, literacy and numeracy apps, amongst others, offering the public a comprehensive virtual learning experience.

These type of games have been praised for enhancing socialisation and communication amongst students. The 2014 MissionV project, a VR education pilot project in Irish schools, found that virtual reality technology managed to tackle students social issues, with those struggling to be integrated into the class group able to become accepted by their classmates, allowing shy students to “come out of their shells”. James Corbett, the managing director of MissionV, also felt there were positive outcomes for individual children with learning difficulties and those experiencing problems at home. The use of VR in education seems a viable route for the technology, with vast potential for its wider usage.

With all of these different applications, the potential for VR to eventually used by 1 billion people is definitely there. However, the main sticking points at the moment appear to be the affordability and visibility of VR products. Yet as more and more companies throw money at new products in clear attempts at improving the prospects of the technology, don’t be surprised if Zuckerberg’s wish comes true sooner rather than later.