Andrew Clark, 51, had worked through weeks of bitterly cold weather before realising he had the winning ticket sitting inside his Peugeot Expert 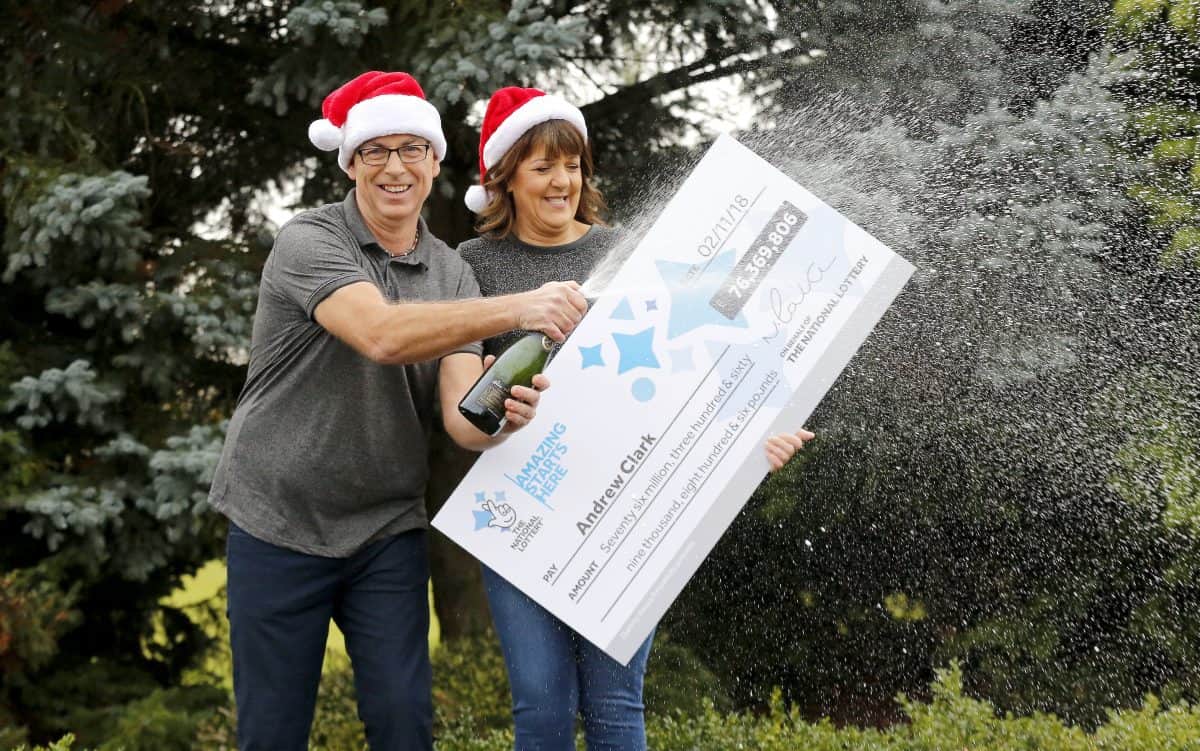 The mystery winner of an unclaimed £76m lotto jackpot was today revealed as a builder who drove around for six weeks – with the winning ticket tucked in the visor of his van.

Andrew Clark, 51, had worked through weeks of bitterly cold weather before realising he had the winning ticket sitting inside his Peugeot Expert.

The self-employed builder only checked the ticket when partner-of-four-years Trisha Fairhurst, 51, and his niece nagged him to do so.

After telling stunned Trisha the amazing news over the phone, the couple have now bought a new house and two cars, including a Mercedes C63 AMG and a Nissan Qashqai. 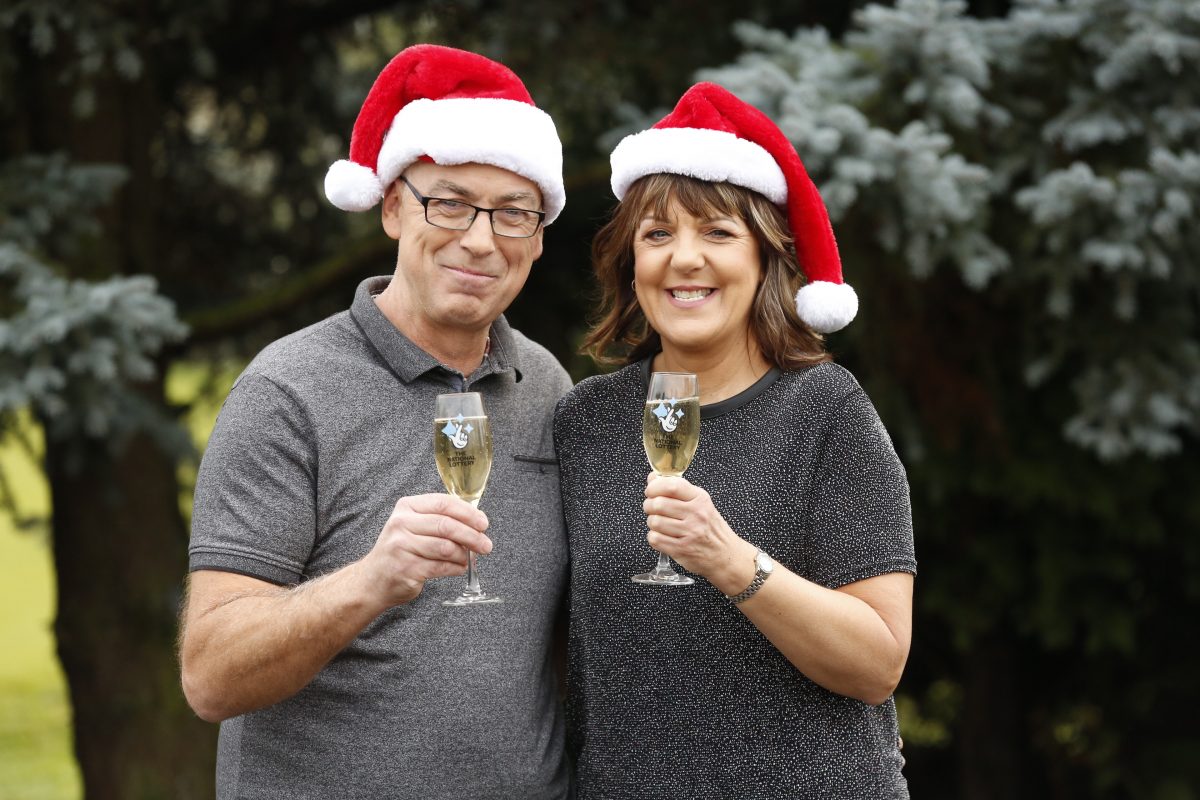 Andrew, from Boston, Lincs., said: “Trisha kept telling me to to check the tickets, and her niece Louise, who I was building an extension for, was also in on it once she’d heard about the unclaimed prize in the news.

“It was something of a standing joke that I had all the tickets while there was a local prize outstanding, so for weeks they were on at me to check.”

The grandfather-of-three added: “It was about 8pm and we were watching telly when Louise reminded me again about the tickets.

“I finally gave in, got the bundle out of the van and started to work my way through them, methodically from the oldest to the most recent, starting with Lotto, before moving into my EuroMillions tickets.

“You might say I was slightly winding up Luoise but I certainly didn’t expect the wind up to end with me saying, ‘I’ve done it, I’ve won £76M’ – I won’t say what she said in response.”

The company behind the lottery, Camelot, spent weeks searching for the holder of the winning EuroMillions ticket after the November 2 draw.

Andrew added: “It almost feels like some magical Christmas story, the man who nearly lost 76m.

“For all our family, I’m very pleased that Trisha and Louise nagged me to check those tickets.

“This Christmas is going to be a quiet affair, but next year will be a different story. 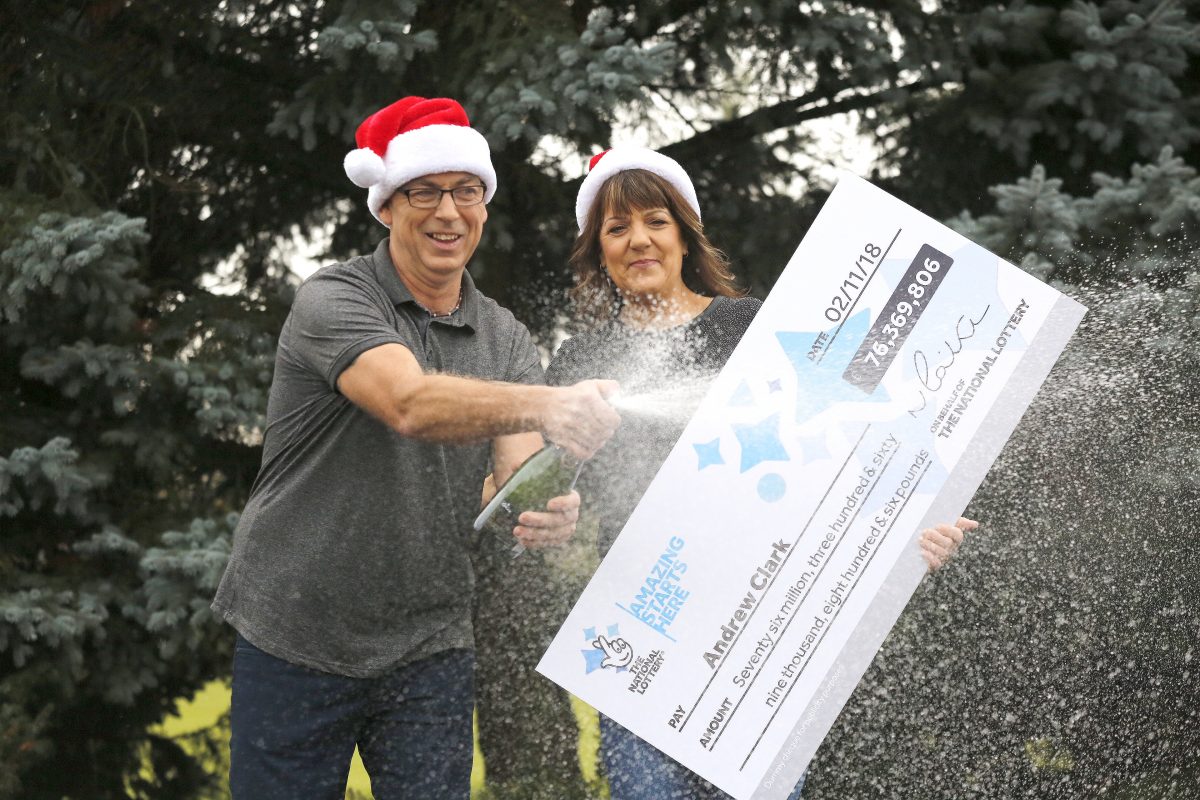 “Trisha and I have this vision of hiring a big lodge or hotel so that the whole family can get together and swap stories about how they’ve spent their share over the past 12 months.

“This win isn’t just about Christmas magic, it’s about creating a lifetime of magical moments for all those around us.”

Andrew was 70 miles away from home when he called his partner to tell her the news.

Catering assistant Trisha, 51, said: “I’d just got back from work and was settling in for a quiet evening when Andrew called and said ‘you know that £76M, well I’ve just won it’.

“Obviously I didn’t believe a word of it, even when my niece came on the phone to say it was true I still couldn’t take it in.

“It started to seem real when he called back and said, ‘honestly, it’s real, so start looking for a mansion’ – bang went my quiet evening, I didn’t sleep a wink.”

She added: “It’s been great choosing a new home and cars but without question, the best bit about the win is how we can help all our family.

“We can quite simply change their lives, whether that’s paying off mortgages or supporting them in their future endeavours, it’s been amazing to put a smile on everyone’s face, and the fact it’s at Christmas makes it that little bit more magical.”

Andrew revealed that he will be sharing his millions with over 20 people in his family, including Trisha’s 14-year-old daughter, who has special needs.

Andrew said: “She will be set up for life. Any care she needs she will have.

“I won’t stop doing the lottery. I don’t do any other gambling but I will still buy my £1 scratch card.”

Andrew has three granddaughters aged nine , six, and two. He put £200 in their cards.

When asked about being apparently relaxed about the win, he said: “This is me. We’re very down to earth people. Trish will keep me grounded.”

He added: “Trish bought Nissan Quashquai. She’s not a car person but that’s what she wanted.”

Andrew used to make parts for Mercedes Formula One.

He said: “Perhaps now I can buy one.”

With Andrew claiming the ticket, a frantic six-week search for the winner comes to an end. 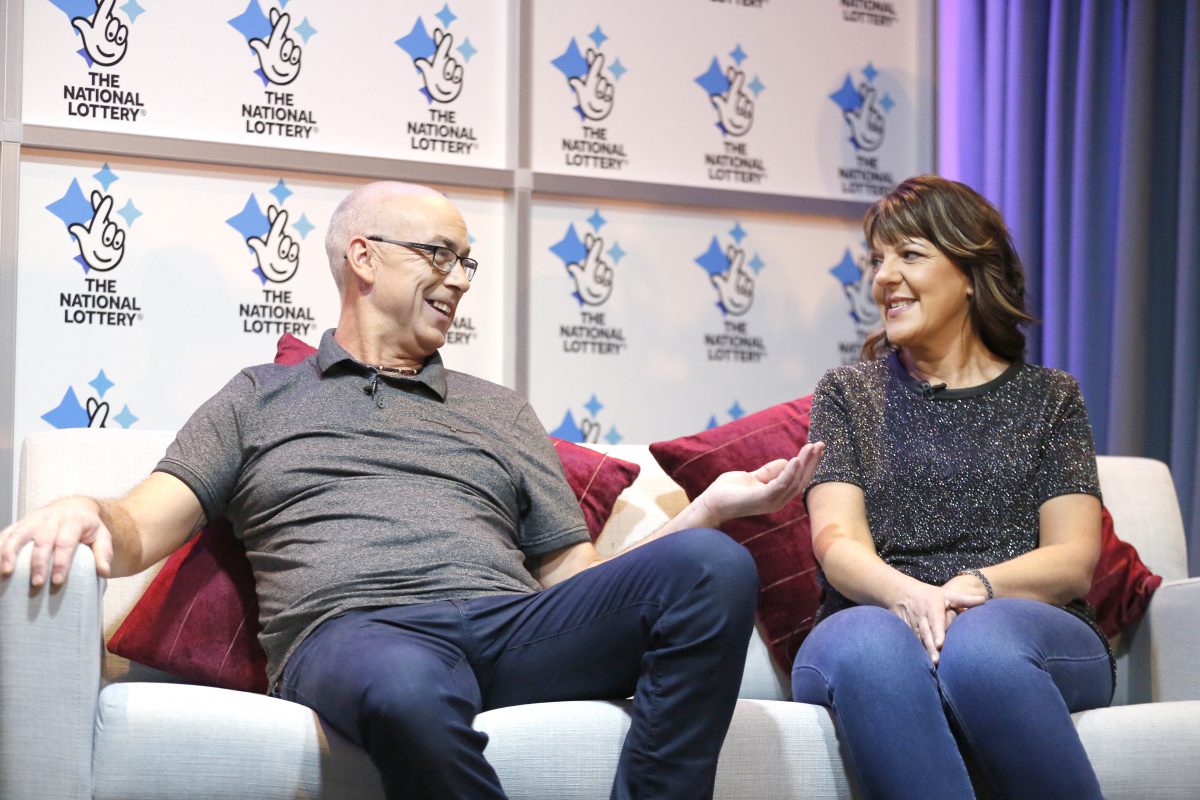 The National Lottery deployed ad vans to the area to encourage the winner to come forward, and even enlisted local town crier Steve O’Dare to spread the news.

Andrew’s is the 12th biggest win ever in the UK, and is not the first time someone from the area has got lucky.

And in May this year, another winner from Grantham, Lincs., scooped just under £10m.