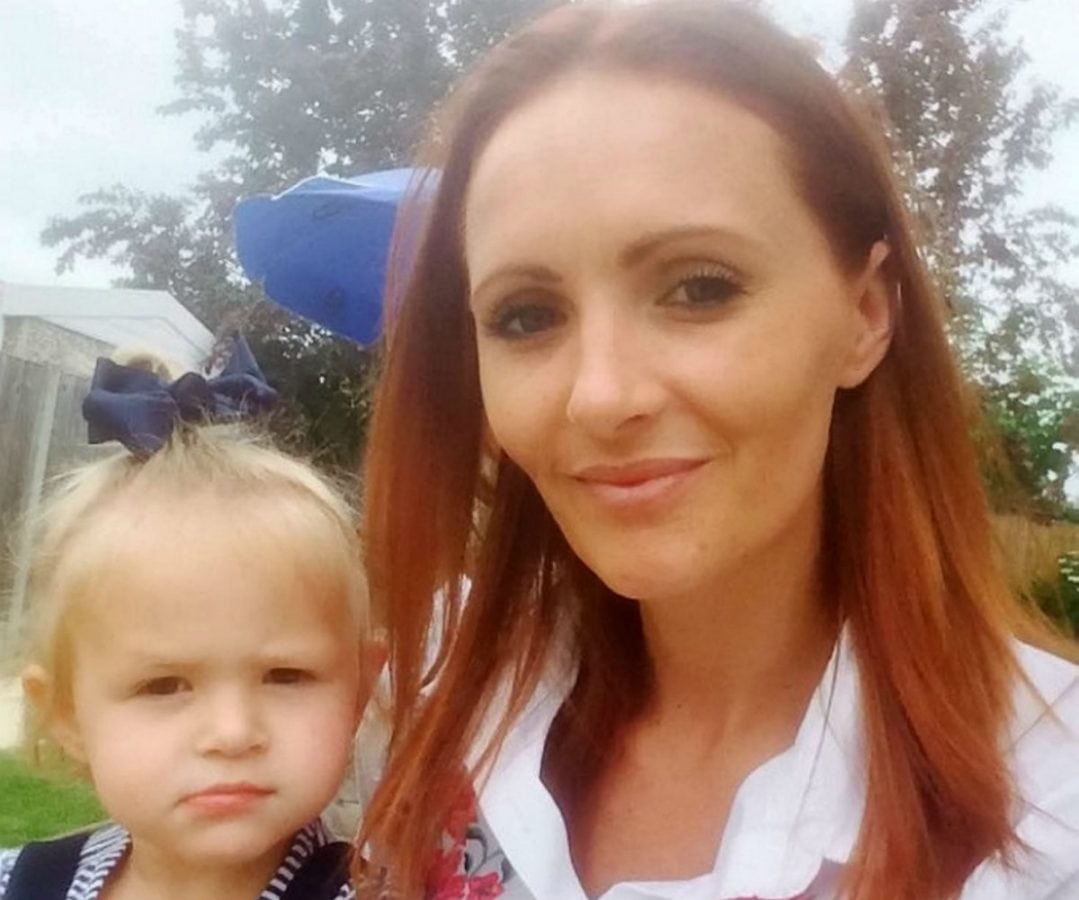 A terrified mum was left covered with blood after a knife-wielding man tried to carjack her while her baby slept in the back seat – in a Tesco car park.

Charlene Gibbard, 31, was sitting in the passenger seat of her car while daughter Eila, two, slept in the back seat.

But she says when husband Westley (corr), 31, popped into Tesco in Sheerness, Kent, the vicious knifeman opened her car door and got in – while threatening her with a knife.

Charlene said: “I was parked with my husband and daughter, and he jumped out to grab some bits from Tesco.

“I was just sat waiting when the drivers side door opened, and initially thought it’d be someone I knew who’d say hello but this man got in the car.

“I didn’t know him, I’ve never seen him before, and he was pointing a middle sized kitchen knife at me.

“He said ‘don’t say anything’ and I couldn’t get out then car because Eila was asleep in her seat.”

“I screamed ‘Oh my god’ and grabbed the knife to try to point it outside the car and at the same time scrabbled to undo my seat belt.

“Somehow I managed to push the man out of the car, and then I grabbed Eila and was screaming for help.

“I heard the man drop the knife and saw people running to help, and they held him until the police arrived.

“I ran to Tesco yelling for Westley – I was shaking and having trouble breathing.

“I didn’t know it at the time but I had cut my fingers on the knife and blood was dripping everywhere.”

The couple had been about to go on the school run to collect their two other children, aged nine and 11, when the attack happened.

Charlene, from Minster, Isle of Sheppey, was left with a slashed hand.

She added: “It was later when I realised that both Eila and I could have been stabbed that the shock really set in.

“I haven’t been able to sit in a car on my own since and I get really jumpy.

“It all happened so fast. I never expected anything like this to happen in Sheerness, especially at that time of the day.

“I was born and brought up on Sheppey and always thought it was a relatively safe place.”

It is believed staff from Tesco helped restrain the man.

Police confirmed they were called to a ‘disturbance involving a knife’ at 2.45pm on Tuesday, October 3.

A Kent Police spokesman said: “Officers attended and arrested a 20-year-old man on suspicion of assault and theft.

“The woman was treated at the scene for an injury to her thumb.”

He was remanded in custody and will appear at Maidstone Crown Court on November 2.

He did not enter a plea.