Emma Doherty, 31, had taken her three-year-old son Bobby to Alder Hey Children's hospital on August 14 when she returned to the car to find the abusive message. 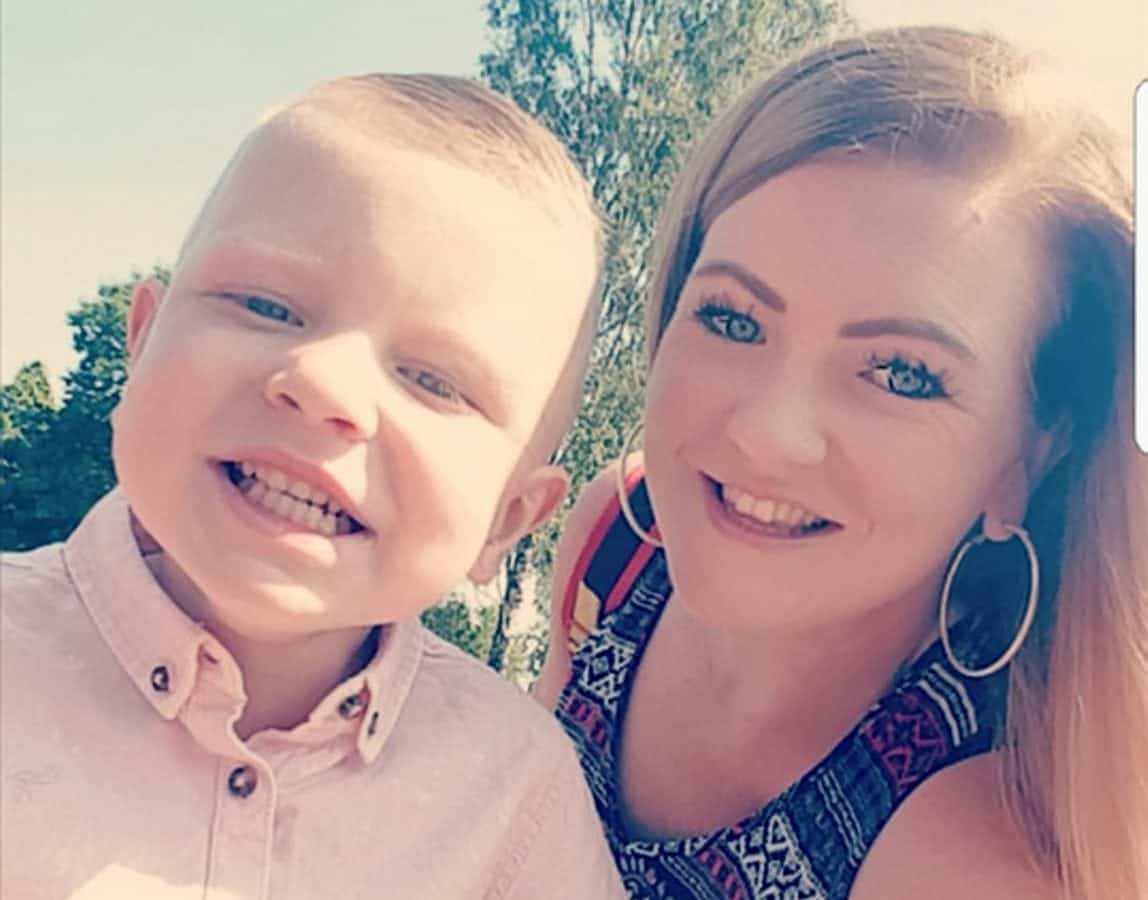 The mother of a terminally ill three-year-old boy has hit out at “cowards” who left an abusive note on her car parked in a disabled bay – calling her a ‘lazy conning b****’.

Emma Doherty, 31, had taken her young son Bobby to Alder Hey Children’s hospital on August 14 when she returned to the car to find the abusive message. Bobby, who usually uses a wheelchair, was carried into the hospital in Liverpool, Merseyside by Emma as they were running late for an appointment.

The disgusting note read: “You lazy conning b****.

“You did not have a disabled person with you! These spaces are reserved for people who need them!”

Little Bobby Baldwin was born with three holes in his heart and has undergone multiple serious heart operations in his short life.

Bobby’s condition means blood cannot pump round his body because he has no pulmonary arteries and he struggles to walk long distances.

He has already had more than 15 operations since he was a baby. Emma said brave Bobby has spent half of his life in intensive care.

Shocked Emma, from Wigan, Lancs., said this was the first time this had ever happened to her.

She said: “We were visiting the hospital as usual. When we found the note, I couldn’t believe it.

“We have a blue badge in the car and it even has Bobby’s picture so they must have seen it.

“It’s such a cowardly thing to do. They must have seen the badge and still decided to put the note on.

“Not all disabilities are visible. Bobby’s disabled pass is not a con, he is seriously ill.”

Emma, who takes Bobby to the hospital multiple times a week, said she often has people staring at them as they leave the car.

She added: “Bobby can walk short distances but he can’t walk very far at all so I park closer.

“He would never be able to get round ASDA or anywhere large.

“People often look at us funny as we leave the car but this is the first time someone has actually left anything. “Everyone needs to stop and think before acting, I hardly ever let anything upset me but this did.”

Emma took to social media to explain the distressing situation and has been overwhelmed by a huge amount of messages from other users who have experienced similar horrific experiences.

The post has been shared more than 100 times and over 1,000 reactions since being posted on August 14.

Emma added: “My friends and family were really supportive.

“Bobby has always had such a supportive network and they can’t believe what has happened.

“The thing which has shocked me most is the amount of messages I have had from people who have been through something similar.

“My inbox is full of people who have told me they have been stared at or even spat at. This is a serious problem and I just want it to change. “I am hoping by sharing what I went through people will start to think before acting.”

Emma praised the staff at the children’s hospital.

She added: “The staff at reception and in the hospital were so brilliant. I got upset after finding the note and they really helped.

“I couldn’t thank them enough.”