Troubled Michael Freeman, 34, suffered a fatal heroin overdose following a two-decade battle with mental health issues and addiction. One week after his death, his heartbroken mum Gillian Freeman, 75, went to the flat where he lived alone to sort through his possessions. It was there that she discovered – among needles and other drug […] 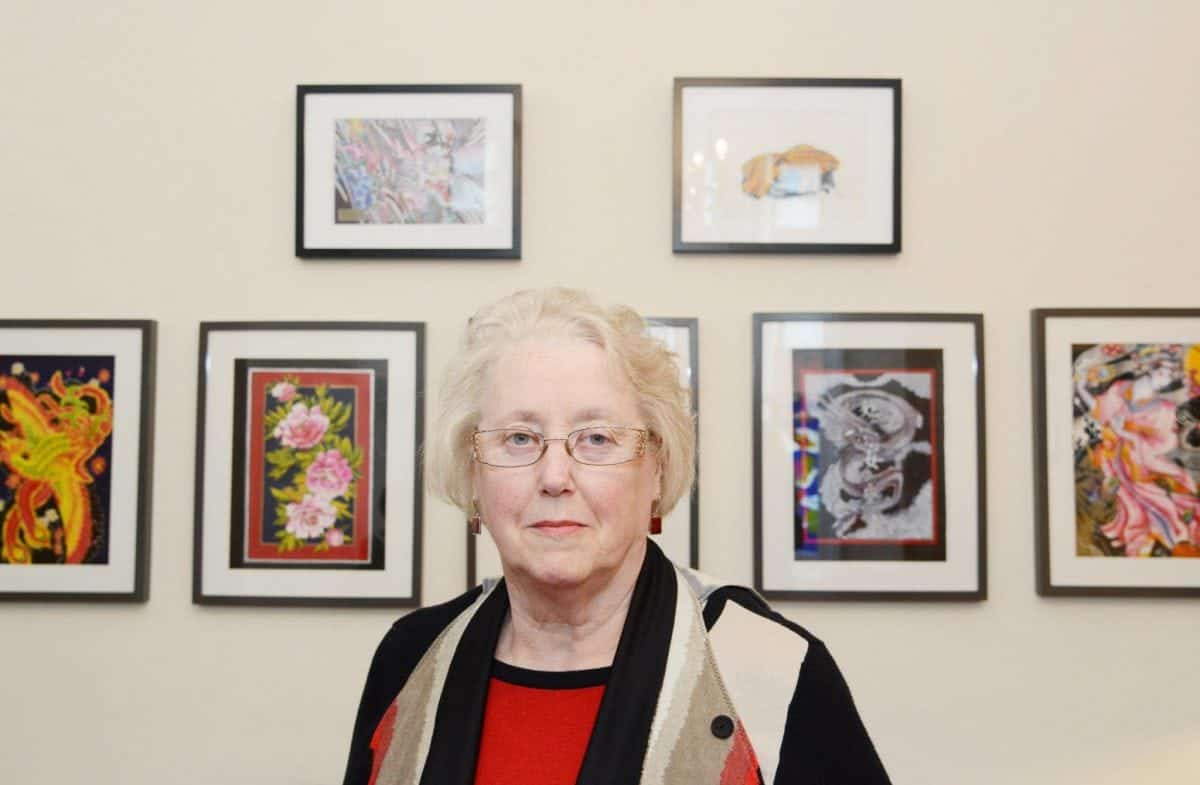 One week after his death, his heartbroken mum Gillian Freeman, 75, went to the flat where he lived alone to sort through his possessions.

It was there that she discovered – among needles and other drug paraphernalia – an incredible 62-piece collection of drawings, most of which she never knew existed.

Dad-of-two Michael loved art from a young age and his passion for it grew after he was sent to prison in his twenties, when he would paint in his cell to pass the time.

But after he was released ten years ago he became ravaged by addiction, and Gillian thought he had neglected his hobby. It wasn’t until she stumbled upon the remarkable body of work, neatly kept in a portfolio in his drug den flat, that she realised how much time he invested in it.

The impressive collection – which Gillian believes was created over 15 years – contains intricate pictures of a variety of things, in acrylic and pen and ink.

Now, two years after Michael’s death in June 2015, she has decided to display them in public for the first time and is hosting an exhibition.

Great-gran Gillian, of Swindon, Wilts., said: “I went to his flat about a week after he died and it was dreadful. “There was no food and there were needles everywhere, next to pictures of his girls. It was a disaster in there.

“I love him and miss him terribly but I wouldn’t have wanted him to carry on living like that.

“But somewhere in the flat – I can’t remember where – there was things big portfolio.

“I opened it and looked at it but I took it home because I couldn’t stand being in there for very long.

“When I opened it, I just couldn’t believe it. There were around 60 pieces in there and they were magnificent.

“I just thought, ‘Michael, why didn’t you do anything with these?’

“I had no idea he had done that many. No idea at all. There were paints and things around his flat, but I didn’t think he had done any for quite some time.

“He had got so overwhelmed with all the drugs and he would sit and watch TV all the time.

“But there were paintings and some drawings in pen and ink. It was incredible.” At first, Gillian, who received a painting from her son every year for her birthday, stored Michael’s paintings in a bag in the cupboard under her stairs.

But she decided to bring them out after being encouraged by staff at the SWADS group – Supporting Wellbeing and Developing Sustainability – in Swindon.

She’s been attending counselling sessions there since Michael was battling his addition, and is now displaying his work in an exhibition at their centre.

Gillian said: “When I laid all the pieces out, for me it was joyous but also heart-breaking.

“When I saw them all on display, I was incredibly sad that all of these amazing pictures were there but he wasn’t there to see them up himself.

Michael, who has two daughters, died of an accidental heroin overdose in his flat in Toothill, Swindon, two months after discovering he was HIV positive. His death came after a long battle with addiction, triggered by the death of his adoptive father when he was 12 and his expulsion from school before his GCSEs.

In his teens and twenties, he fell into hard drugs and completed spells in prison for theft and violent offences.

Gillian added: “Although he was a drug addict, he was much more than that and this artwork shows that.”

Julie Mattinson, director of SWADS, said: “To help Gillian in this positive way and to celebrate Michael’s life is really important and for us, it is humbling to think that we can use our building to exhibit these incredible pieces of art.

“Addiction affects a lot of people and it is quite hard to get people to come along to the sessions because there is this stigma surrounding addiction because for a lot of people that is all they can see.”

The exhibition runs throughout March.