David Noakes was released early after being sentenced to 15 months 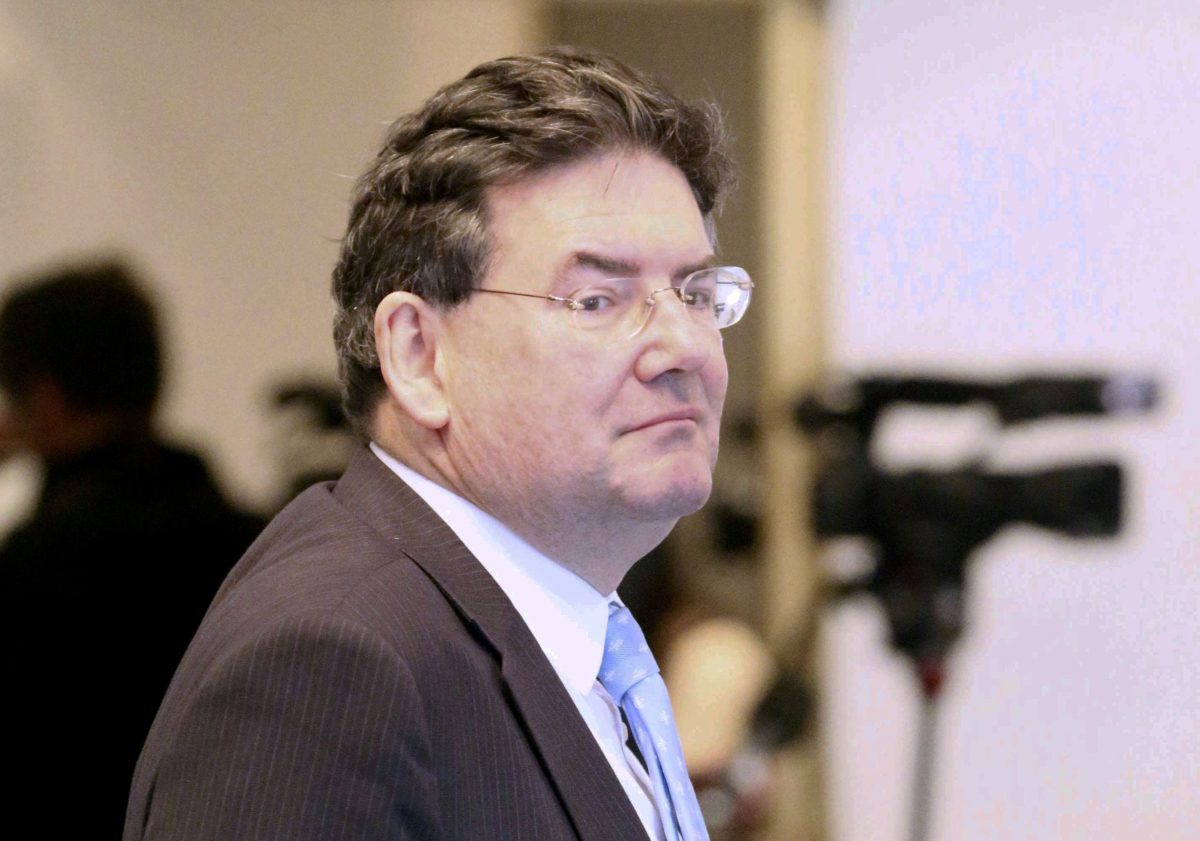 A multi-millionaire who sold a ‘wonder drug’ as a cure for cancer has been released from prison early – and launched a bizarre rant about the “hard” beds and “awful” food.

David Noakes, 66, was used to a life of luxury after he made nearly £8m, selling GcMaf through his company Immuno Biotech.

But his empire came crashing down when he was jailed for 15 months after a raid uncovered his illegal supply that experts said were dangerous for unsuspecting users ordering it in their thousands online.

And in a bizarre rant upon his release from HMP Wandsworth after serving just a third of his sentence the disgraced businessman, who spent around £1m of his ill-gained proceeds on planes, moaned about the rough conditions he was forced to endure inside.

Noakes, formerly of Guernsey but now of Dover, Kent, said: “It’s put 20 years on me. The food was awful, so was the filth.

“The prison is built in 1851. Sometimes we were locked up 23 hours a day. I desperately needed the gym initially, but couldn’t get any prison guards to unlock the cell doors. I gave up, then became too weak to use it anyway.

“My body, particularly my arms and shoulders, ache from the hard beds and pillows.”

He added: “I am at last out of Wandsworth Prison, after five months, a month late.

“They just could not be bothered to release a 66-year-old autistic (reports from three specialists) man with eight illnesses.”

He claimed he was one and three quarter stone lighter, cold all the time and incredibly weak.

He added: “Too weak to drive sometimes and can’t handle a big supermarket.”

Noakes was convicted of illegally making and distributed GcMAF globally from the UK.

Southwark Crown Court was told Guernsey-based Immuno Biotech sold the unlicensed human blood product through its website to an estimated 10,000 people – and marketed it as a cure for autism, HIV and cancer.

The supply was discovered during a raid by the Medicines and Healthcare Products Regulatory Agency (MHRA) who warned the public the drug may pose a significant risk to people’s health.

He was jailed in November last year for 12 months for the manufacture and sale of GcMaf with three months consecutive for money laundering.

The court previously heard that between 2011 and the MHRA raid, Immuno Biotech made £7.9m from the sale of products with Noakes spending nearly £1m of it on planes.

In his post prison message Noakes added: “Now we face confiscation of our remaining possessions under the Proceeds of Crime Act.”