Apple is now firmly ensconced as a major player in the financial sector, with the recent launch of its Apple Card in conjunction with Goldman Sachs and Mastercard. It’s unlikely that traditional banks are happy with this news. There have been years of speculation as to whether Big Tech giants will take the plunge into […] 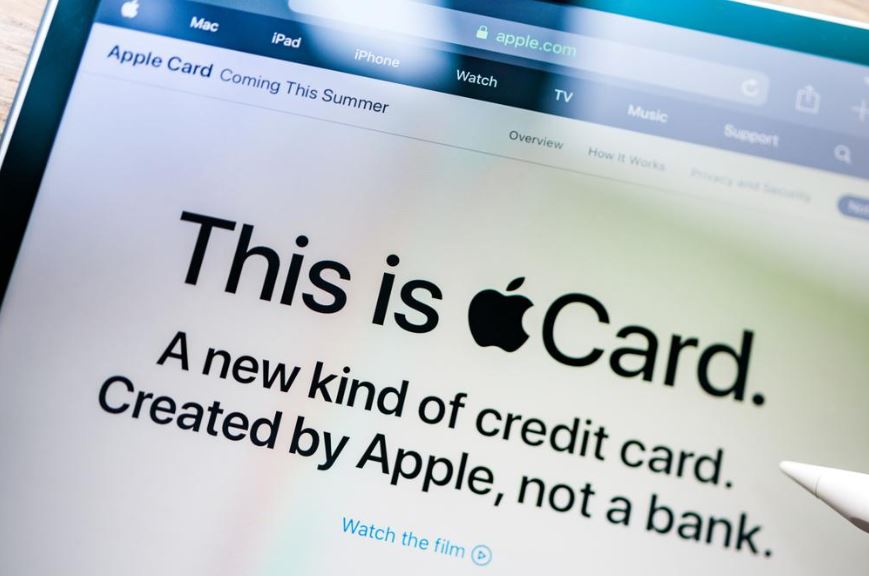 Apple is now firmly ensconced as a major player in the financial sector, with the recent launch of its Apple Card in conjunction with Goldman Sachs and Mastercard. It’s unlikely that traditional banks are happy with this news.

There have been years of speculation as to whether Big Tech giants will take the plunge into this area. And now Apple Card could be destined to smash the Fintech competition.

How will Apple Card affect the Fintech sector?

The Apple Card will leverage the foundation laid by the success of Apple Pay. Designed as a feature of the Apple Wallet on iPhones, Apple Card promises a “healthier financial life”.

It offers 2% cashback on every transaction made, which users will receive every day. This extra benefit is an intelligent use of the loyalty and rewards trend that many Fintech challengers are incorporating into their credit services.

Apple Pay VP Jennifer Bailey says that Apple’s intention is to furnish customers with a more in-depth understanding of their spending habits. She says they will be able to “make smarter choices with their money”. The credit card will also give customers transparency with detailed breakdowns of how much it will cost them over time and give them options to help them pay off the balance.

US customers will be first to try Apple’s credit card

By Q3 2019, US customers will be able to sign up for an Apple Card within the Wallet app. The sign up will be swift and they will be able to use it to pay for goods and services immediately. This immediate access to credit is a newly emerging concept, which flies in the face of the traditional financial lending sector.

Even disruptive challenger banks, such as Tandem, still make the customer wait to receive the physical card. They then have to activate it, both within an app on their phone and at an ATM. Only then can they use it to buy anything. Apple has cut out most of these steps, which means it is likely to be incredibly popular.

As Apple Pay has conditioned customers to become used to paying with their smartphone directly, the tech giant has paved the way for its credit card to be a success. In short, Apple’s brand makes it hugely appealing to its millions of customers.

Features included on the Apple Card

While the jury’s out on whether categorising transactions leads to any savings being made by the customer, Apple is incorporating it into the card. Payments will be divided into different categories, ranging from Shopping and Entertainment to Food and Drinks.

As it’s Apple, this is going one step further. The app will use automation, Apple Maps and machine learning to clearly categorise transactions and label them with the name and location of the merchant. This part of the announcement jumps onto the zeitgeist surrounding ‘machine learning’ and artificial intelligence but gives little detail on exactly how this will work. However, just including this is likely to increase buy in by customers.

Including machine learning is a good example of how Apple could be on the way to trouncing Fintech start-ups. If it can keep momentum up with backing from huge financial institutions, then it could railroad start-up disruptors before they can even get out of the starting blocks.

Improving on tried and tested features

Another feature that Fintech companies are including as standard in their offerings is cashback. This is a proven way to gain loyalty with the millennial generation and has become an expected feature. Apple Card holders will get ‘Daily Cash’, which equates to a percentage of every purchase made every day. They can then use it on Apple Bay, send it to friends and family in Messages or pay off Apple Card with it.

In another crowd-pleasing statement, Apple says that there will be “no fees associated with Apple Card: no annual, late, international or over the limit fees… Apple Card’s goal is to provide interest rates… among the lowest in the industry.” If this sounds too good to be true, it’s worth noting that the small print does say that late payments will lead to extra interest onto the balance.

Another sign that Apple could be a step ahead of the Fintech competition is their use of biometrics. Using fingerprint recognition to access devices has been in effect for a while, with Apple a major part in the normalisation of this type of authentication.

As well as Touch ID, Apple already offers Face ID and a unique security number stored in its own Secure Element chip. Their focus on new forms of biometrics, which also use machine learning to recognise your appearance as it changes, suggests that they are future-proofing their authentication systems.

While the Apple Card isn’t offering anything monumentally different from other Fintech companies’ products, their partnerships with Mastercard and Goldman will allow them to do it bigger, better, faster and possibly for longer. Above all else, the sheer amount of customer data Apple already holds differentiates them from other companies in the Fintech sector. Apple’s new credit card could be a thorn in the side of smaller disruptors hoping to make their mark in this space.

Frederick Achom is a British-Nigerian serial entrepreneur and tech investor. He is the co-founder and chairman of the Rosemont Group Capital Partners.