Entrepreneur Derek Mead, 70, left the vehicle with the engine running as he went to open the gate - but was killed in what has been described as a 'tragic accident' 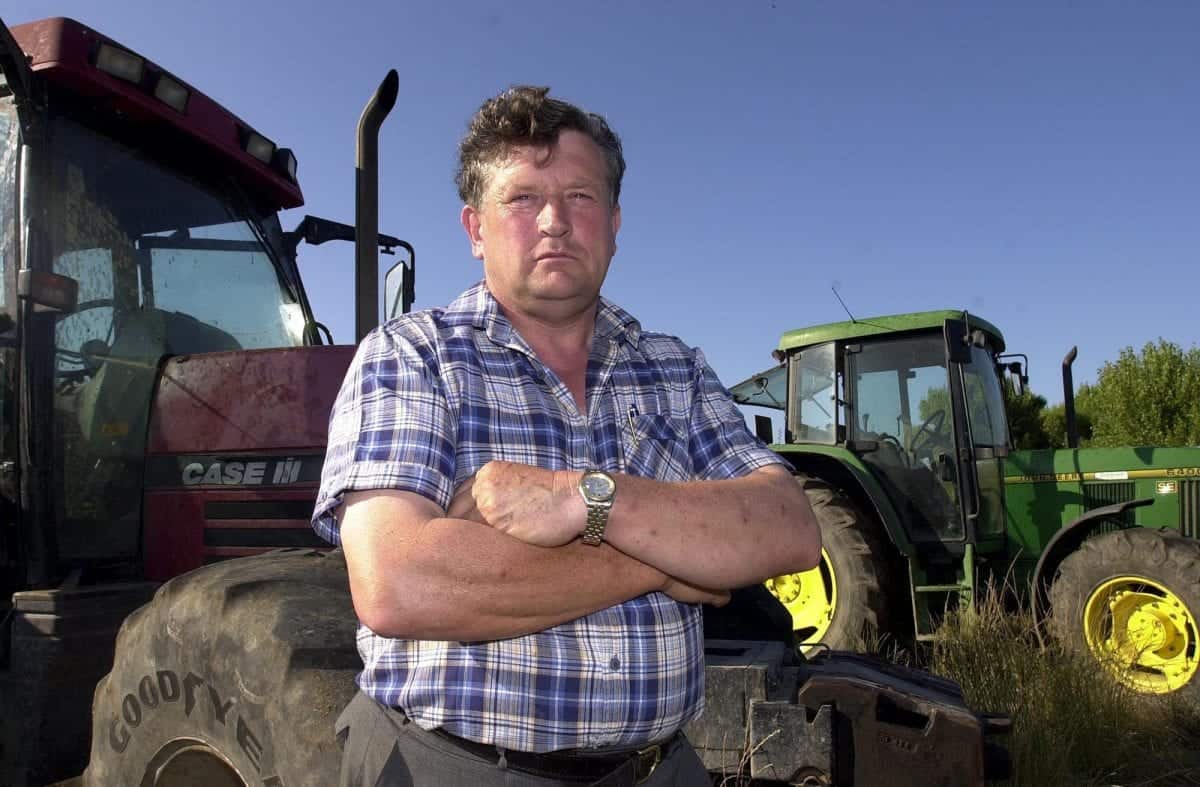 A multi-millionaire farmer was crushed to death against a gate by his own tractor – after his DOG knocked a lever to make the vehicle move forward, an inquest heard.

Entrepreneur Derek Mead, 70, left the JCB farm loader with the engine running as he was building a rockery.

But an inquest heard he left his dog in the cab of the vehicle and the animal knocked a lever which started the machine moving.

The lever is as easy to turn on as a car indicator and the dog may have jumped up to see here his master had gone, the inquest heard.

Derek, a father-of-three, was crushed against the gate and suffered of a fractured vertebrae and traumatic asphyxia.

Paramedics tried to save him but he died at the scene. 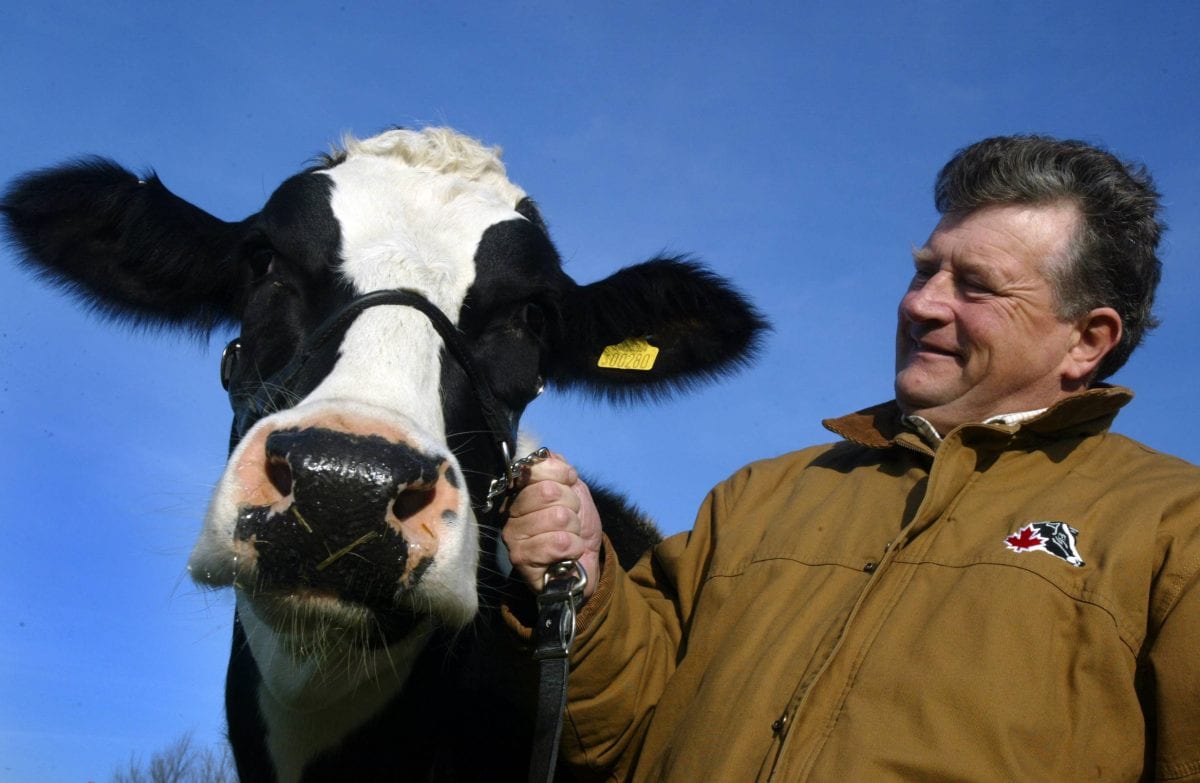 Simon Chilcott, a health and safety inspector who investigated his death, timelined the moments before Mr Mead’s death at an inquest in Flax Bourton, Bristol.

He said: “Mr Mead has pulled off the road, come to a halt with footbrake, made it stationary and put the shuttle into neutral. It was still in gear.

“He is now out of the vehicle and had it been knocked at any point when he got out it would have started moving.

“You couldn’t knock it as you are climbing out without realising you’ve done it.

“In the cab of the vehicle was a small dog and whether the dog has put its paws on the door to wait – or been jumping up to see where its master has gone – he has most likely collided with the lever.

“As he jumped up to put his paws up to look, he has put machine into a forward motion.
Operating the lever is no more difficult than changing an indicator stick on your car.”

Derek, who owned border collies and terriers, had been building rockery around a large pond in his garden on June 4, 2017 when the accident happened.

Mr Chilcott gave a technical explanation of the vehicle’s machinery during the inquest.

To start the engine, a key is required and it has two pedals, an accelerator and brake, similar to an automatic car.

There is a gear stick and a handbrake to the left of the seat which is firmly fixed and difficult to move without force.

The mechanism knocked by the dog is called a “direction shuttle”, which resembles an indicator, and is located to the left of the steering column.

Once moved out of neutral, the machine will move forward without the need to accelerate.

Son Alistair, who cried throughout the one-hour hearing, found Mr Mead trapped against the gate and unresponsive.

In a statement read to the court, he said: “Dad was crouched down facing the machine with his back to the gate as if he had seen the machine coming towards him and ducked to avoid it.”

Summing up, assistant coroner Dr Peter Harrowing said: “Mr Mead was very experienced in the using the piece of equipment.

“The most likely explanation is that the dog inadvertently moved the shuttle lever, causing Mr Mead to be trapped against the gate.

“The death of Mr Derek Mead was one of a very tragic accident.”

Mr Mead’s brother Roger was killed 30 years ago when his tractor overturned while he was out working on his land.

Derek, who died at his farm The Laurels in the village of Puxton, Weston-super-Mare, Somerset., was a leading businessman and a major landowner in the area.

He was the managing director of Mead Realisations which owns Puxton Park. He also owned the Sedgemoor Auction Centre at junction 24 of the M5.

He was also a long-term member of the National Farmers’ Union before resigning in 2010 in a protest at what he said was its failure to support dairy farmers.