A devastated mother has expressed sympathy with the families of the two men convicted of killing her son, saying their lives were ruined too. Russell Robertson, 27, died after falling into the Forth and Clyde Canal following an altercation with two men on May 29 last year. Mark Munro, 31, and James Robertson, 27, were […] 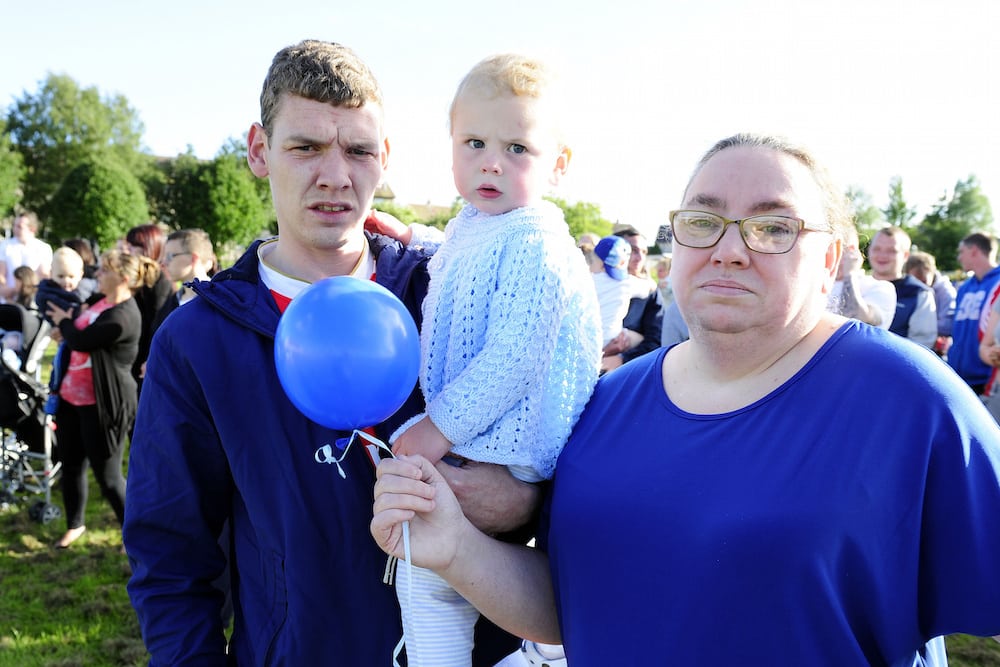 A devastated mother has expressed sympathy with the families of the two men convicted of killing her son, saying their lives were ruined too.

Russell Robertson, 27, died after falling into the Forth and Clyde Canal following an altercation with two men on May 29 last year.

Mark Munro, 31, and James Robertson, 27, were on trial accused of murdering Russell, but were convicted of the reduced charge of culpable homicide.

Russell’s mum, Margaret Girvan, told of her grief after a jury at the High Court in Glasgow found the pair guilty of his death by throwing him over the canal bridge after a night out.

Following the hearing on July 21, Margaret showed her compassion when she thanked her son’s friends and her community for the support.

In a social media post, Margaret, from Bainsford, Falkirk, said: “We got justice in court, but there is no celebration in that as three families and friends of all of them were affected.

“As a family, we are thankful to all who aided us in this long journey, from kind words to great support at every turn, we are truly grateful.

“I want to thank the police, the fire and water rescue services, courts and all involved in that process.

“Most of all I want to thank my son’s friends, of whom there are to many to name individually, and the local community who also supported us in any way they could.

“The people of Falkirk, especially Bainsford and Langlees, took us to their hearts and we send our thanks to all of you.”

She added: “Russell’s loss will be felt for a long time to come. He was unique to us and we need to learn to live our lives in a different way without him.

“Thank you seems so little in our circumstances, but we do thank you all.”

Mark Munro, 31, from Denny, and James Robertson, 27, who moved to Pitlochry following the incident, pushed Russell over bridge railings at Bainsford Bridge, Falkirk, on May 29, last year, causing him to fall into the Forth and Clyde Canal.

His body was pulled from the canal more than an hour later. He suffered a skull fracture caused by his head hitting a metal stanchion as he fell.

The High Court in Glasgow heard that he would have been unconscious when he went into the water.

The court heard that all three men had been at the Warehouse nightclub in Falkirk and were making their way home after 3am when an incident occurred.

Robertson was approached by Russell and they began fighting and then Munro who had been on the phone became involved.

The two tipped Russell over in the canal and then ran off without a backward glance.

In court, both men blamed each other.

Munro tried to portray himself as a hero who tried to save Russell, but the jury did not believe him.

Robertson admitted being in an initial struggle with Russell, but claimed he was walking away towards Falkirk when Russell went into the water.

Both men were on trial accused of murdering Russell, but were convicted of the reduced charge of culpable homicide.

Nightclub security manager Kevin Gibney told of how he saw Russell disappear off the bridge as he struggled with Munro and Robertson.

Mr Gibney said: “One minute he was there and the next he was gone. The two gentlemen ran across the road.”

Minutes later Mr Gibney picked out Munro and Robertson to police and they were detained and later charged with murder.

Another eye-witness, Cameron Binnie, 19, said that he and some friends were waiting at a bus stop near the bridge after a night out at the Warehouse nightclub.

He said it was around 3.20am and they were texting friends and taxi firms trying to get a lift home when he saw three men who he thought were ‘larking about’.

Mr Binnie said: “It looked like play fighting. One of the men had another man in a headlock. I thought it was pals just mucking about.”

The lifeguard said he changed his mind when he saw the two men grab the other man’s legs.

He added: “I just saw them lifting his legs.”

Judge Lady Carmichael deferred sentence until August 23 at the High Court in Edinburgh for background reports and detained both in custody.

Defence counsel will give their pleas in mitigation then.