Faisal Khan, 27, was stopped at the Channel Tunnel as he tried to smuggle the cash into Europe in his blue Ford Transit. 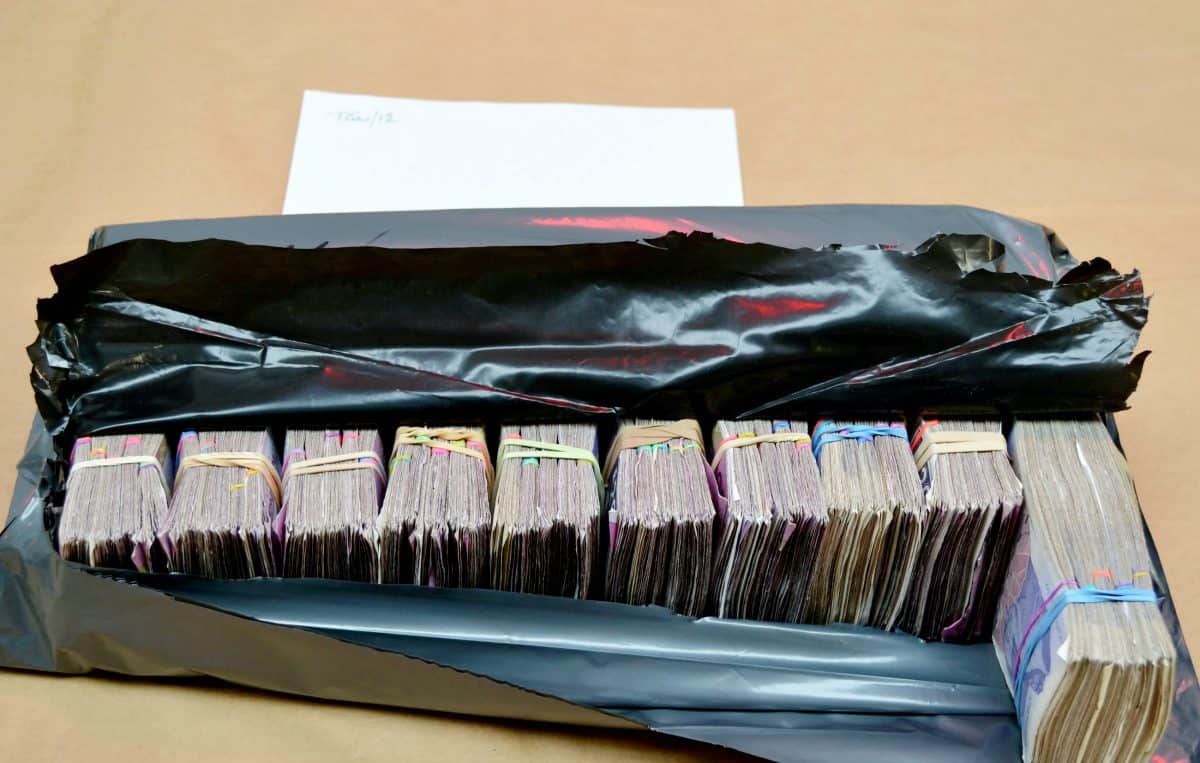 A money launderer has been jailed after £850,000 of cash was found stuffed into secret compartments in his van.

Faisal Khan, 27, was stopped at the Channel Tunnel as he tried to smuggle the cash into Europe in his blue Ford Transit.

Police uncovered ten cash wads packed into in a black plastic container and stashed behind one of the van’s side panels.

Khan, of Batley, West Yorkshire, initially denied any knowledge of the bundles of banknotes which officers seized at Kent’s Folkestone terminal on January 23.

He later pleaded guilty to money laundering and was jailed for six years in prison when he appeared at Canterbury Crown Court, in Kent, on Monday.

Detective Inspector Shaun Creed of Kent Police said: “Faisal Khan originally denied any knowledge of the huge amount of banknotes found hidden within his van, but it was clear that this was a failed attempt to conceal his criminal activity.

“The money seized from his van will now be subject to a forfeiture application under the Proceeds of Crime Act, which, if successful, will mean the money is reinvested into policing.

“This was a significant seizure of cash that demonstrates our determination and commitment to ensure crime does not pay, and to disrupt the ability of organised groups to profit from illegal activity.”