"Those without disabilities are naturally curious about how those with disabilities live their lives – not just kid." 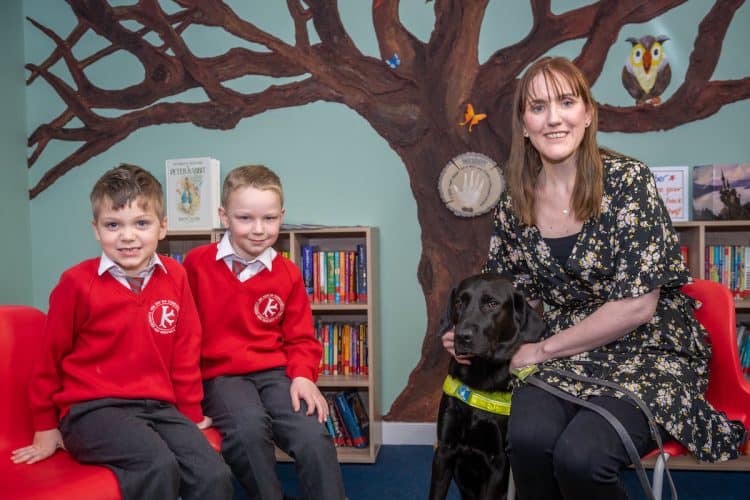 This adorable footage shows the – like how they pick-up dog poo and if they ever get lost.

Pupils from Welholme Academy in Grimsby and Kingston Primary School in Benfleet broached subjects many adults would avoid – including asking if blind people dream in colour.

Vlogger Siobhan Meade, who is completely blind after losing her sight at aged 16, was in the hot seat, answering everything the little ones put to her and her guide dog Marty.

Asked by one of the kids if she could dream, she said: “I do dream and I dream in colour.

“That means when I’m dreaming, I can see which is really cool.”

The young children couldn’t hold back their excitement as they asked Siobhan how she knew where her dog had been for a poo – and just how does she pick it up?

“But I don’t want to say it too loud because I don’t want him to go to the toilet in here. That wouldn’t be nice, would it?” Siobhan joked.

The video comes after a survey commissioned by Guide Dogs found 32 per cent of children want to know what a person who is blind or visually impaired sees when they dream.

The study of 1,000 children aged six to 11 and their parents revealed a host of other questions kids would like to know the answer to.

Despite their curiosity, 44 per cent of parents polled said their little ones have never asked them about disabilities – such as being blind or visually impaired.

And 57 per cent of youngsters admitted they were worried about talking to people who are blind or people with a visual impairment about their disability.

But 85 per cent of parents polled via OnePoll agreed their kids spending more time with people of their age who have disabilities would lead to greater equality and less stigma.

Siobhan Meade said: “Those without disabilities are naturally curious about how those with disabilities live their lives – not just kids but adults too.

“However, adults are perhaps more likely to feel uneasy addressing people from the blind or visually impaired community possibly due to limited interaction with people with those impairments.

“This is why meeting the children is so important – it’s a really wonderful opportunity to shape perceptions in a positive and accurate way, and of course, introduce them to Guide Dog Marty.”

“Every day 250 more people join the two million already living with sight loss and this number is set to double by 2050.

“Guide Dogs is here to help people with sight loss live the life they choose. This is part of the motivation for us visiting the school.

“We want to raise awareness and educate on the breadth and depth or our services that go far beyond our beloved guide dogs.

“We are working tirelessly to increase awareness of the work we do and the support we offer to the public including young people.”