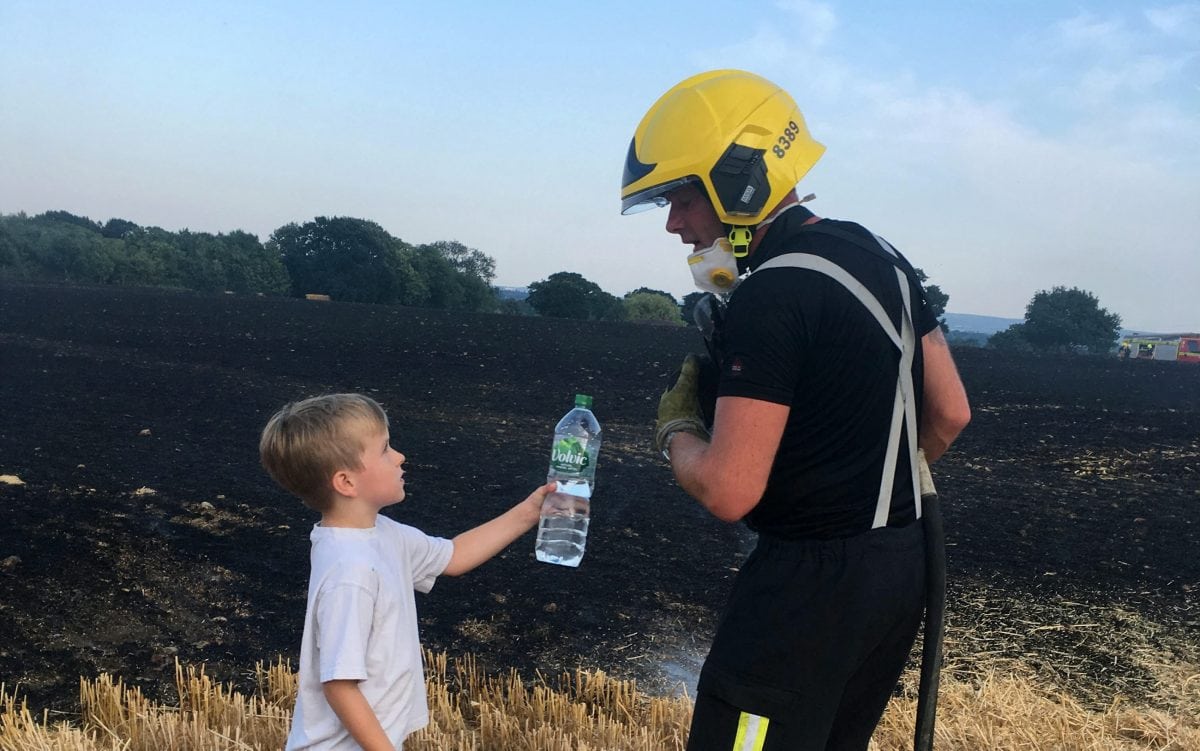 This heartwarming photograph shows a farmer’s son handing a firefighter a bottle of water as a blaze tore through a field of wheat.

Thoughtful Edward Harrison-Butler, six, was eager to stop by a shop to get some water for emergency services who rushed to extinguish a fire at his family’s farm.

Edward and older brother Rupert, aged eight, who has autism, were getting ready for their evening bath when their dad called to say a fire had broken out at around 6pm.

The children pestered mum Izzy, 35, to drive them to a shop to pick up provisions for those at the scene of the arable farm in Crondall, Hants which is worked by their father and his cousin.

Izzy said: “There’s nothing like a field fire to get the excitement going. 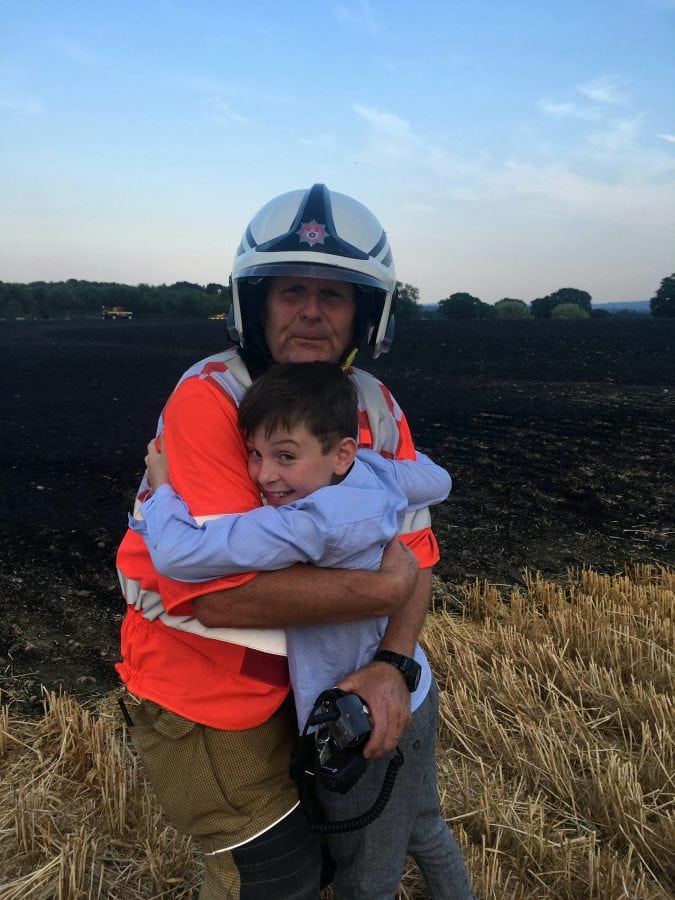 “It wasn’t an entire field but a good chunk – luckily no-one was hurt and no machinery was damaged.

“It’s just the dry, hot weather – sometimes a spark from machinery can start a fire.

“It doesn’t take long to ignite.”

The mum-of-two said around five fire engines were on the scene within ten minutes.

“They were all very good and got here very quickly,” she said.

“We were at home and my eldest son was running a bath when my husband called to say there was a fire.

“We went to the shop and got four litres of water. 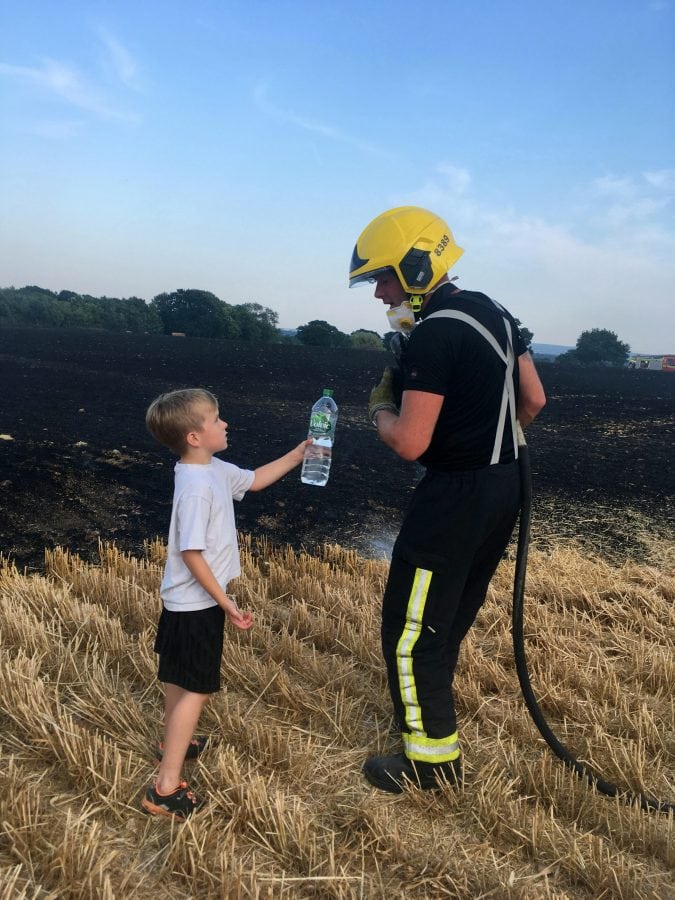 “The farm hands were standing around chatting with the firefighters so we knew it was safe to go.

“The boys went to give the water to the fire fighters.”

Grateful Rupert even gave a firefighter a hug.

Izzy added: “Rupert was chatting away and Eddie was asking lots of questions.

“They were really good with the kids.

“It was exciting for the boys – all the tractors were whizzing around, there were fire engines and smoke.”

Rupert now plans to become a firefighter when he grows up.

Izzy said: “The children were completely oblivious to me taking the picture.

“We got there when the fire was out.”