A baby boy whose life support machine was switched OFF following a 40ft fall from a block of flats has defied medical odds to make remarkable full recovery. Now known as the “miracle boy of St George’s Hospital”, little Anwar Nyanzi was given just a one per cent chance of survival after falling from a […] 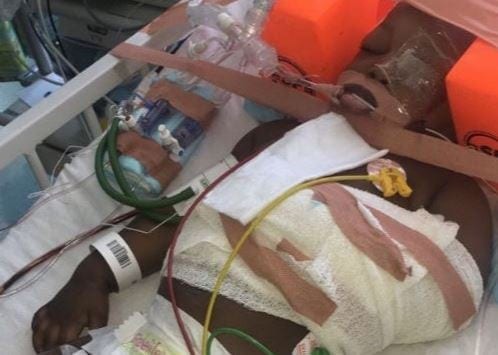 A baby boy whose life support machine was switched OFF following a 40ft fall from a block of flats has defied medical odds to make remarkable full recovery.

Now known as the “miracle boy of St George’s Hospital”, little Anwar Nyanzi was given just a one per cent chance of survival after falling from a fourth floor flat in London. 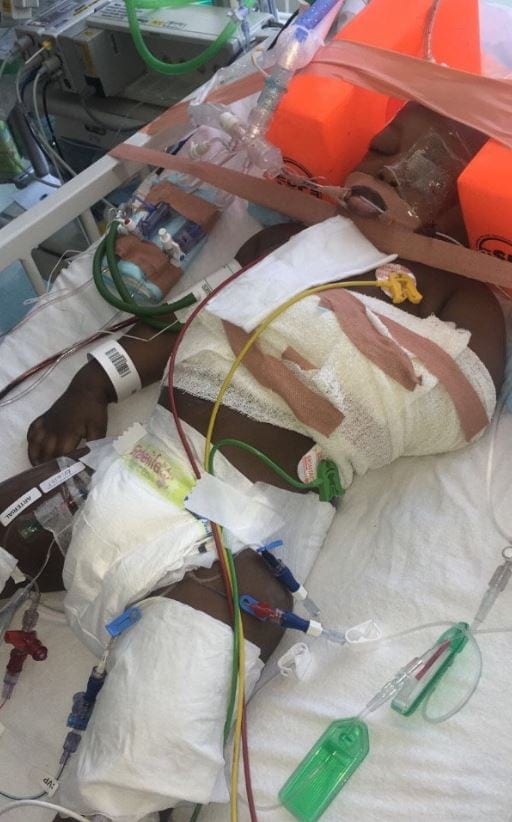 Then just 11-month-olds, he was so badly injured that doctors told his family gathered at his bedside and said their goodbyes as his breathing machine was switched off.

Medics held out hope that by switching off his life-support, Anwar’s body would be shocked into breathing unsupported.

Incredibly, to the disbelief of doubtful doctors, Anwar began to start breathing on his own after doctors turned off the life-saving machines.

And 11 days after the fall, despite fears of Anwar being “severely disabled” in survival, tests revealed the youngster was able to see and hear. 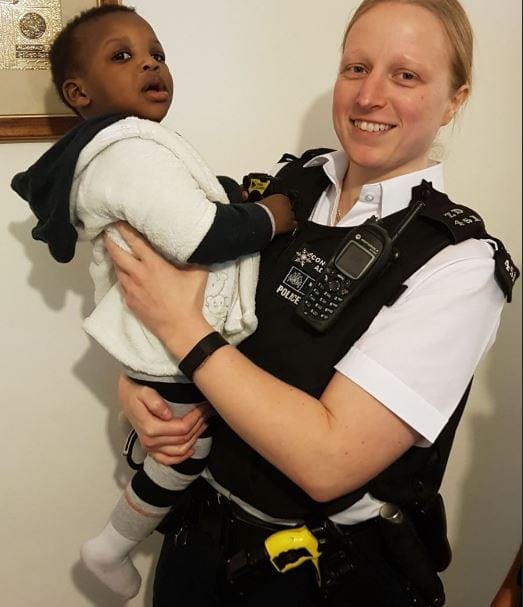 Even more remarkably, Anwar was able to crawl and even stand just three weeks after the fall.

Now two-years-old, he is home and his mother Hawa Rutansingwa, 32, said he’s happy and healthy, just like any other toddler.

Hawa, a support worker, from Croydon, said: “To be told that your son is going to die is the worst thing a mother should go through.

“I went to kiss my son goodbye. I couldn’t bear to see him with the wires going into his body.

“It was a horrible experience and I can’t explain how felt.

“I was told to prepare for the worst, but now here he is, playing with his toys at home and singing like any other child. It’s a miracle.” 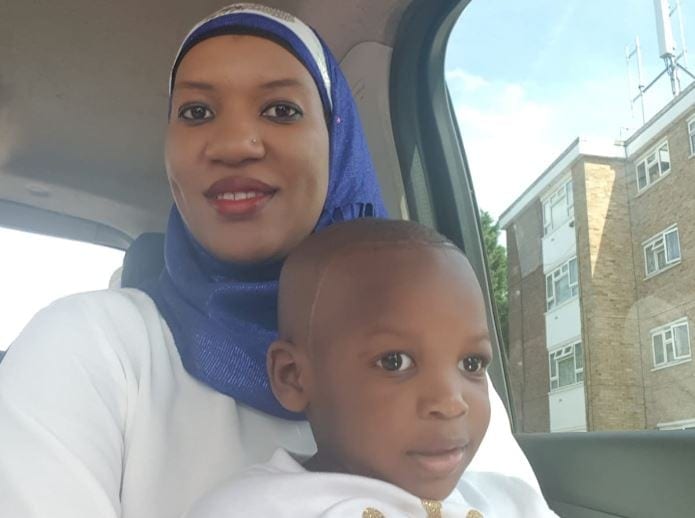 Little Anwar fell after climbing through an open window whilst his aunt, Fauzia Rutansingwa, was in the bathroom, in July last year.

He clambered onto a chair and hoisted himself onto the window ledge, before falling around 40ft.

Fauzia only realised the sickening reality of where the youngster had vanished to when she peered out of the window to see him laying motionless on the pavement below.

His aunt phoned 999 and then called Hawa, telling her Anwar was laying motionless on the pavement.

Hawa, said: “My sister called me to tell me. I couldn’t breathe. I was in floods of tears.

“I went to work that morning and my son was happy and healthy, but I was told he was dying a few hours later.

“I caught the bus and spoke to the paramedics on the phone. They told me to hurry to the scene and I feared the worst.

“I arrived at the scene and there was police everywhere.

“I was told not to look at my son because of how badly injured he was. But I pushed the paramedics out of the way and opened the ambulance door.

“He was laying there still and his head was like a balloon. One of his eyes was almost popping out of his head.

“I just collapsed and thought ‘God help me’. They almost pronounced him dead at the scene.

“I just wanted my son back.” 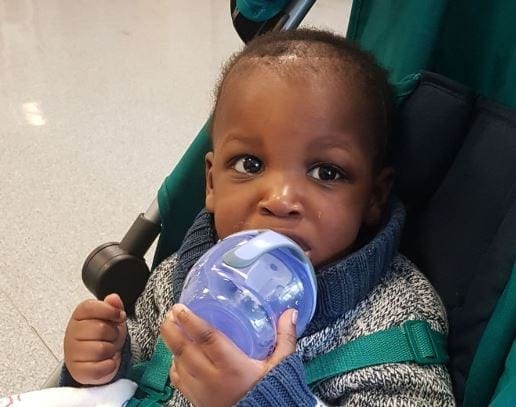 Anwar was rushed to theatre at St George’s Hospital just hours later. He had lost a “significant” amount of blood and doctors feared the worst.

After four days of operations and ICU care, doctors took the drastic decision to switch off Anwar’s life support.

They planned to let Anwar “die peacefully”, if he was unable to breathe on his own, as doctors feared they’d done all they can to save the boy’s life and the family said their goodbyes.

“They told me they wanted him to die in peace. I’m a strong woman but as a mum I had to come to terms with the fact I was about to lose my son”, said mum-of-three, Hawa.

But incredibly, to the disbelief of doctors, Anwar began to start breathing unsupported.

Doctors warned if he was to survive, he would be unable to walk, talk, see or hear, but he once again defied belief.

He spent a total of two months in hospital and was put through weeks of rehab and physiotherapy.

Hawa, who has a second son, Abdulnoor Lule, 4, and a daughter, Nailah Bukirwa, 5, was finally allowed to take her son home in September 2017.

The family threw a huge party to celebrate Anwar’s second birthday in August, 13 months after he almost lost his life.

Hawa says she “thanks God” for her miracle boy’s miraculous recovery, and recalls the moment she saw he son smile again for the first time after the fall.

She said: “I was so relieved and thought it was a miracle.

“I never gave up hope. I knew my son was a fighter.”

A St George’s Hospital spokesperson said: “The whole team are delighted to hear that Anwar is doing so well.

“Our specialist teams go above and beyond every day, and when we hear about positive outcomes such as this, it makes it all worthwhile.”