The grave of a Victoria Cross-winning war hero originally believed to have been trashed by vandals was actually damaged by a LAWNMOWER, it has now emerged. Brave Anthony Booth was given the honour after fending off 400 Zulu warriors with just a handful of men in South Africa during the Anglo-Zulu War in March 1879. […] 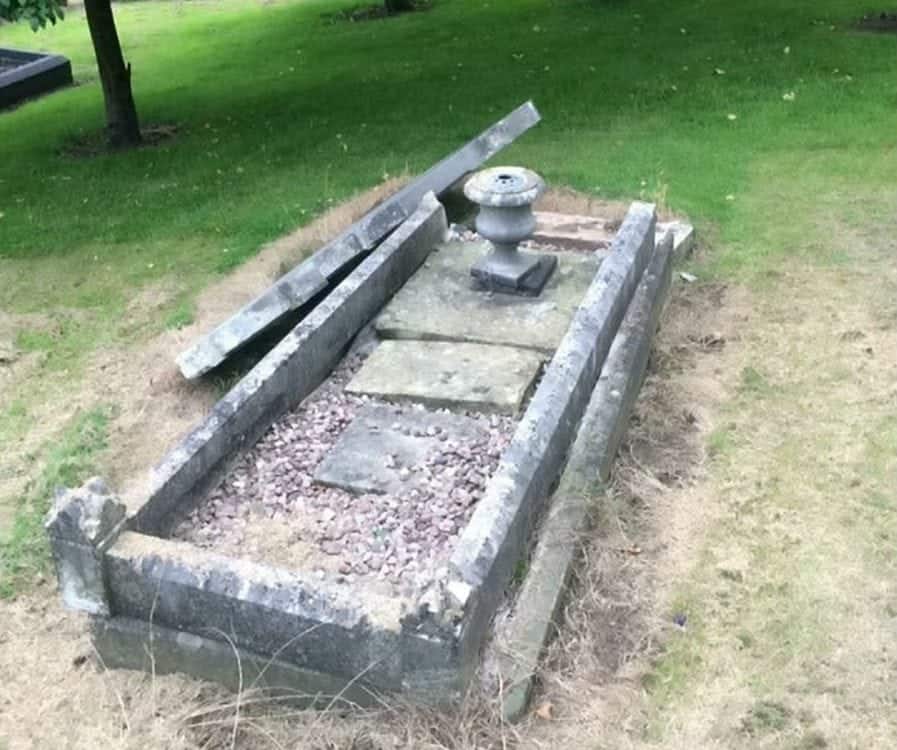 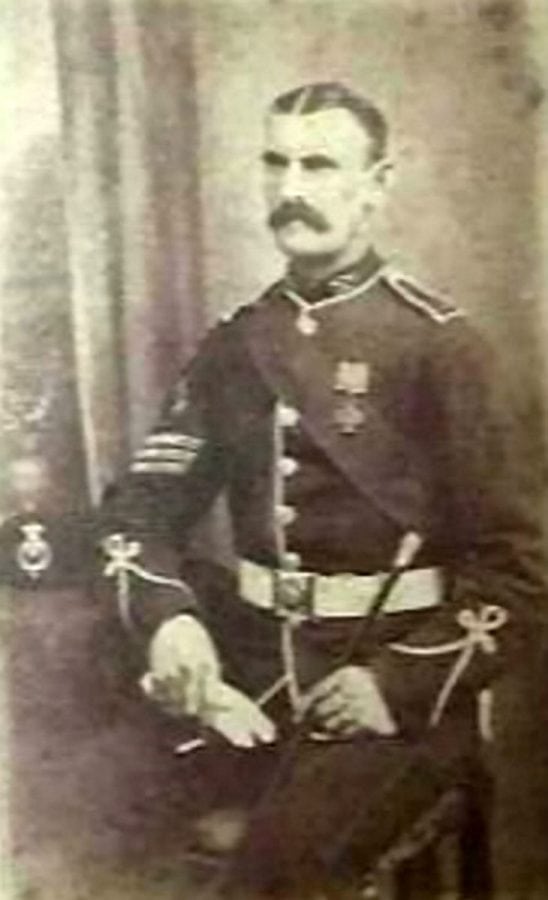 The grave of a Victoria Cross-winning war hero originally believed to have been trashed by vandals was actually damaged by a LAWNMOWER, it has now emerged.

Brave Anthony Booth was given the honour after fending off 400 Zulu warriors with just a handful of men in South Africa during the Anglo-Zulu War in March 1879.

The VC – the highest and most prestigious award for gallantry that can be awarded to British and Commonwealth forces – was given to Sgt Booth by Queen Victoria before his death in 1899.

But the resting place of the soldier, who served in the South Staffordshire Regiment, was found desecrated at St Michael’s Churchyard in Brierley Hill, West Mids., on August 15.

It was initially suggested that the damage had been caused by mindless yobs, but police are no longer treating it as a crime.

A West Midlands Police spokeswoman said: “Police are not investigating a damaged grave in St Michael’s Church in Brierley Hill any further as it is believed the damage was caused accidentally by a council lawnmower.”

Parts of the grave – which had been maintained by The Victoria Cross Trust military charity – were completely smashed after the incident.

Military enthusiasts have so far raised over £3,000 to repair the kerb sets and lettering. 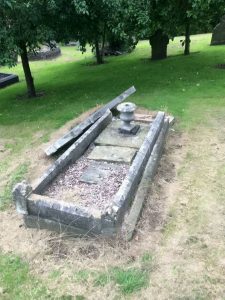 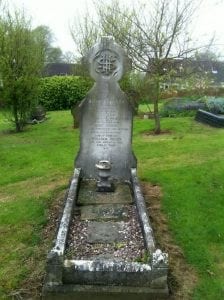 Gary Stapleton, chairman of the Victoria Cross Trust, said he was sceptical that a lawnmower caused the damage.

He added: “At the moment, that it one of the theories being thrown about, that the damage was a lawnmower. But there is little evidence to suggest that.

“Chances are that we will never actually get to the bottom of what happened.

“I can say all I want that, however it happened, people should be more careful around graves such as this.

“But at the end of the day, why should they listen?

“There is no reason for them to treat these graves as anything special, as they haven’t been adequately cared for.

“These graves need regular maintenance, and that’s the way that they will be respected as something special.”

Reverend David Hoskin, from St Michael’s Church, said of the lawnmower theory: “It can happen.

“It is a fairly small manoeuvring area.

“But if it had been I would have hoped it would have been mentioned and reported.

“It’s an isolated area. I wouldn’t have thought people could have got to that point.

“Any damage in a churchyard is disappointing, however it happens. The important thing is it is being brought back to the condition it should be.”

A member of Dudley’s Royal British Legion put up a £2,000 reward when it was thought that the damage was done by vandals.

Branch chairman Malcolm Davis said: “They have the ear pads on and it is possible the worker might have inflicted damage and not known about it.

“If they did it and they knew about it I think it’s terrible they didn’t report it and they ought to look more closely at who is looking after the graves.”