On the surface American Made could look like Tom Cruise having a midlife crisis on screen. The flashy action sequences, topless shots showing off hours spent at the gym, and the kind of fast planes that made him famous could all be interpreted as an attempt to recapture the spirit of his early films. Described […] 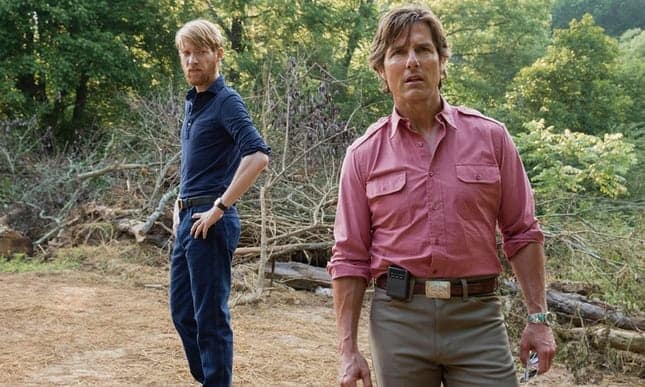 On the surface American Made could look like Tom Cruise having a midlife crisis on screen. The flashy action sequences, topless shots showing off hours spent at the gym, and the kind of fast planes that made him famous could all be interpreted as an attempt to recapture the spirit of his early films.

Described as a sort-of-true story, American Made follows Barry Seal (Tom Cruise), a commercial pilot recruited by the CIA and tasked with taking pictures of communist rebel groups south of the US border. While flying over Latin America Seal finds that he can supplement his income by acting as courier for the Medellin drug cartel led by Pablo Escobar. Before long his trips have become a major operation and he is being pulled in all directions by the CIA and Escobar.

A lot of reviews have described American Made as an action thriller but more than anything it is a comedy. There are thrills and some exciting getaways but there are far more funny moments. Even Tom Cruise who hasn’t made us laugh too many times over the last 30 years manages to be amusing. The script by Gary Spinelli is full of gags that work verbally and visually. The plot may gloss over important details and treat his family like a secondary consideration but as a straight action-comedy the film works surprisingly well.

The style and the storytelling that contains a lot of voiceovers and dynamic cuts reminded me of The Big Short. There is a lot of energy to the direction, with many different visual effects being used. Director Doug Liman has previous worked on both comedy and action films, having made his name with Swingers and having more recently directed Edge of Tomorrow. Perhaps it should not be a surprise then that both elements come out in his latest film. In the end the story feel like a mash-up of Top Gun and Wolf of Wall Street.

As enjoyable as American Made can be to watch it can at times feel slightly pointless. Everything exists on a surface level, from the lack of intrigue into the characters inner lives, to Tom Cruise’s cheesy smile and the comic portrayal of Pablo Escobar. The film could have been more serious and more in line with Narcos but instead it chooses a different path and it has both positive and negative results. Ultimately, there is never a sense of moral reckoning or irony to give proceedings a real emotional payoff.

American Made is an entertaining and surprisingly funny look at the relationship between the US government and the Latin American drug cartels. It can feel slightly hollow at times but there is enough action and laughs to make sure that it is always enjoyable.

American Made is in cinemas from 25th August.