This is the shocking moment a boy racer was captured on CCTV crashing a Mercedes convertible into a house – before casually walking away. Footage shows the tracksuit-wearing driver travelling along a quiet street before he suddenly loses control of the silver motor. It swerves across the road and mounts a pavement before demolishing a […] 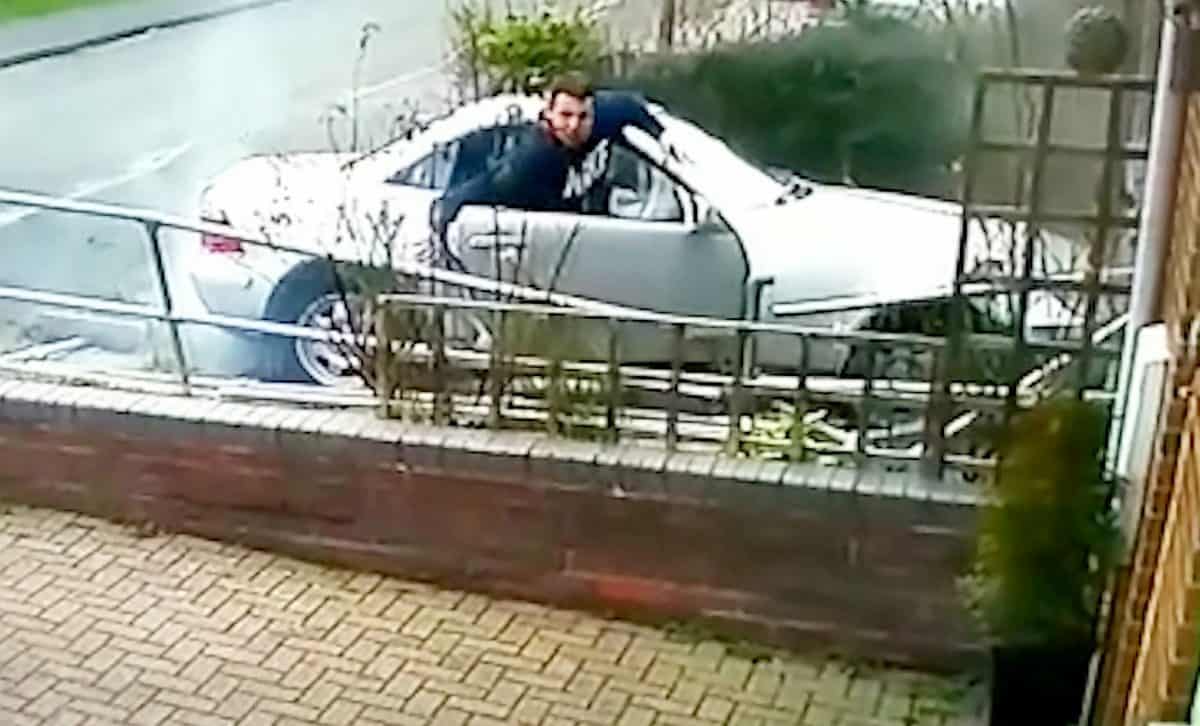 This is the shocking moment a boy racer was captured on CCTV crashing a Mercedes convertible into a house – before casually walking away.

Footage shows the tracksuit-wearing driver travelling along a quiet street before he suddenly loses control of the silver motor.

It swerves across the road and mounts a pavement before demolishing a metal hand rail of a semi-detached house.

The driver manages to force open the buckled door before dusting himself down and gesturing to a passerby that he is OK. 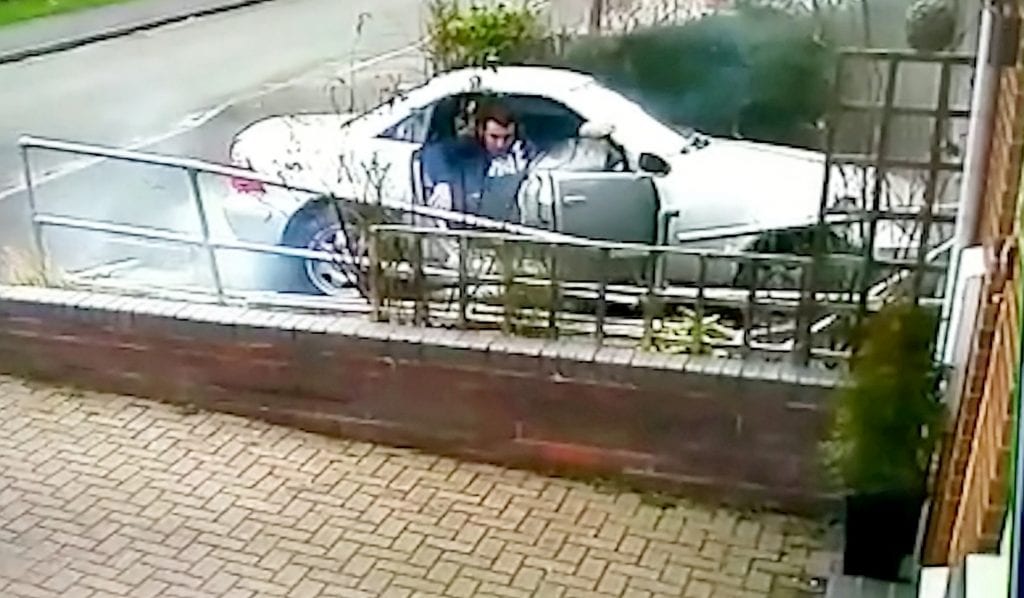 He then calmly walks away down the street, leaving the wrecked car on the driveway.

Police are now hunting the driver after the bizarre crash, which happened in Hawkins Close, Worcester, at 2.15pm on Tuesday (23/1).

West Mercia Police confirmed the car was not being pursued at the time and no one was injured.

A witness said: “You can see from the way the driver lost control he was going far too fast.

“If anyone had been walking along the pavement, they would have been completely wiped out.

“It’s an absolute miracle the driver didn’t kill himself and anyone else. For him to just walk away like nothing’s happened is outrageous.

“He needs to be caught before he has the chance to get behind the wheel of another car.”

Police are urging anyone with information about the driver to come forward.