This is the dramatic moment a have-a-go-hero shopkeeper bravely fought off a gang of robbers who stormed into his shop and started battering him with HAMMERS. Raj Sandhu, 58, had been emptying the cash machine in his store when three masked men burst in at 8.20pm on Monday (22/1). Shocking CCTV shows the shop owner […] 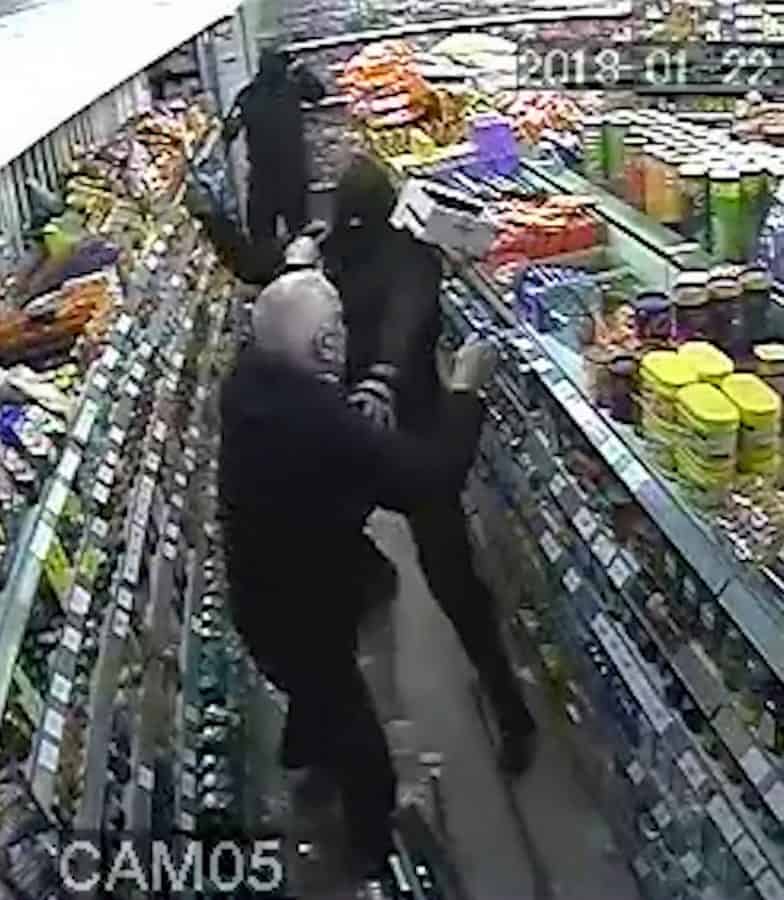 This is the dramatic moment a have-a-go-hero shopkeeper bravely fought off a gang of robbers who stormed into his shop and started battering him with HAMMERS.

Shocking CCTV shows the shop owner being repeatedly hit with hammers but he bravely stands up to thugs and fights back by beating them with cash boxes.

One yob can be seen swinging the weapon at Mr Sandhu’s head as they wrestle in the aisles at the Maypole Stores in Welford-on-Avon, Warks.

Some of the cash then spills out on the floor which is scooped up by one of the thieves before they are chased out of the shop by Mr Sandhu.

The grandad-of-one was taken to hospital by ambulance after he suffered a swollen and badly bruised arm. 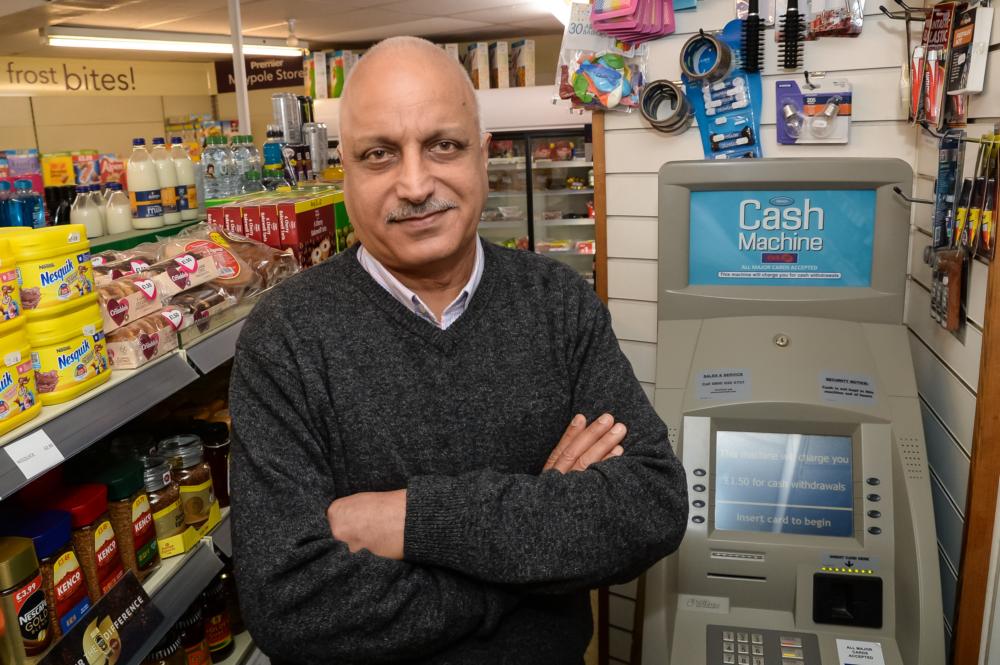 Mr Sandhu, who has run the shop for the past 25 years, said he put his life on the line to protect his business and would do the same again.

The dad-of-two added: “I had just emptied the cash machines when these men suddenly came out of nowhere with hammers.

“You just react on instinct then, it was like auto-pilot. You don’t really think.

“I knew I was carrying a substantial amount of money but I also knew the boxes where quite heavy so I thought I’d give them a good whack with them.

“I knew if I didn’t defend myself they could cause some serious damage, the one of them was really going for me.

“If they had properly connected I dread to think what could have happened.

“It was only me in the shop and I was trying to run behind the till to press the panic button. But the vibrations of what was happening set it off anyway and they ran away.

“It was pretty terrifying but I would do the same again. You can’t let people get away with doing these sort of things and I needed to protect my business.”

The robbers fled with £580 in cash before they made their escape in the direction of Bidford-on-Avon.

Mr Sandhu’s daughter-in-law Bobbi added: “My father-in-law was in the shop by himself and then these three guys came in and attacked him. They wanted money.

“It’s shocking but he was really brave. I’m really proud of him for being so strong during this difficult time.

“We are also very grateful for all of the kind wishes and support we’ve had from our loyal customers and local community.

“I’ve taken to Twitter to spread the word and raise awareness of this disgusting crime so we can catch these terrible people.

“So far over 1,000 people have seen the story and I hope in due course we’re able to catch these people.”

Detective Sergeant Richard Simpkins, of Warwickshire Police, said: “Fortunately, the victim only suffered minor injuries but he has been left feeling shaken.

“The shop is on the main road through Welford so someone passing by may have seen the incident or seen the men coming or going from the store.

“I would like to appeal for anyone who saw anything suspicious to get in touch with us as soon as possible.”