Josiah Wiedman, 13, was shielded from the full force of the bolt because it was absorbed by his Santa Cruz board - which remained completely in one piece 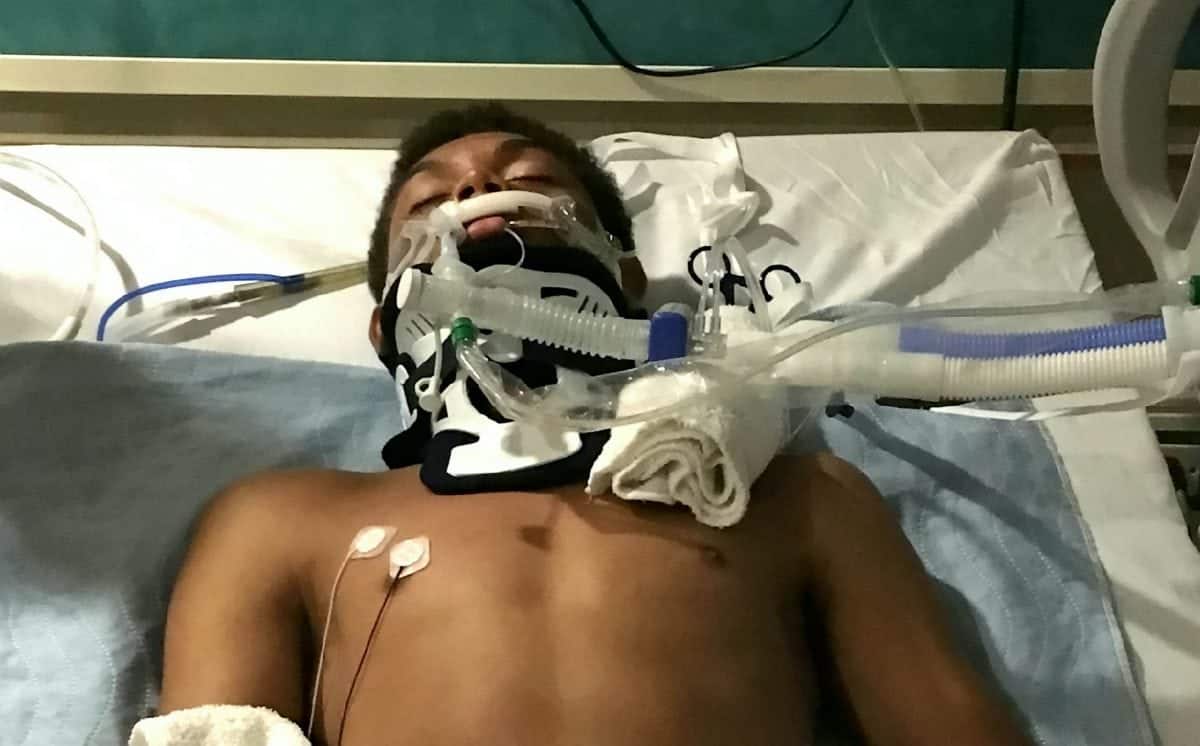 A schoolboy survived a potentially lethal lightning strike — thanks to his SKATEBOARD.

Josiah Wiedman, 13, was shielded from the full force of the electrical surge because it was absorbed by his board, according to his family.

The teen was skating with pals at the local park when he and his friend Javier Tapia, 13, were struck as they walked home during a storm.

A surge of electricity shot through them, sending Josiah, who had been carrying his skateboard, into the air and tumbling back down to the ground.

He bashed his head on the sidewalk and was unconscious as Javier – who suffered an all-over “burning sensation” but remained conscious – screamed his name. 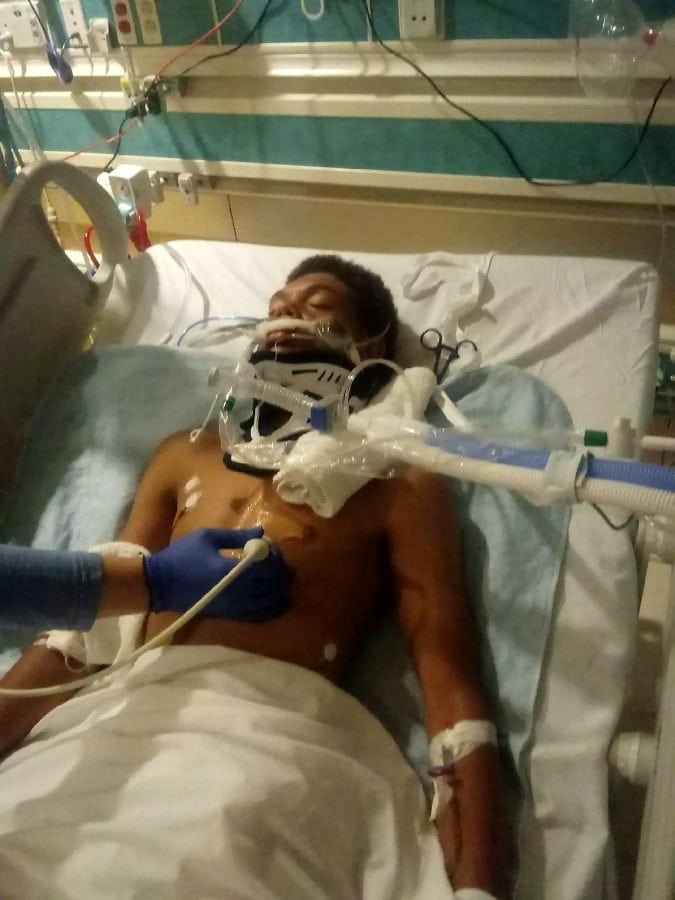 A neighbour gave him CPR and paramedics rushed Josiah, of El Mirage, Arizona, USA, to Phoenix Children’s Hospital where he spent three days in an induced coma.

He was hooked up to an IV and had tubes inserted into his lungs to remove excess vomit that was left after the shock, his mom Krista Wiedman, 35, said.

But miraculously, the youngster, who lives with Krista and his dad William Wiedman, 45, suffered only minimal injuries in the freak accident at 7.20pm local time on Wednesday.

He has a burn on his leg and some short-term memory loss, but medics say it could have been much worse.

Dad William, a machinist, said: “After the lightning hit, Javier was sitting up and screaming Josiah’s name but Josiah was out.

“My wife and neighbours administered CPR on Josiah until the paramedics arrived.

“The doctors said that when he was hit by the lightning his heart stopped for a minute, and he was put in a three-day medically-induced coma.

“They think that his skateboard could have attracted the lightning but it also helped shield him when it struck because it hit the wooden part of the board.

“No one really knows what happened – we can only speculate – but the skateboard took a blunt hit of it and it didn’t even break. 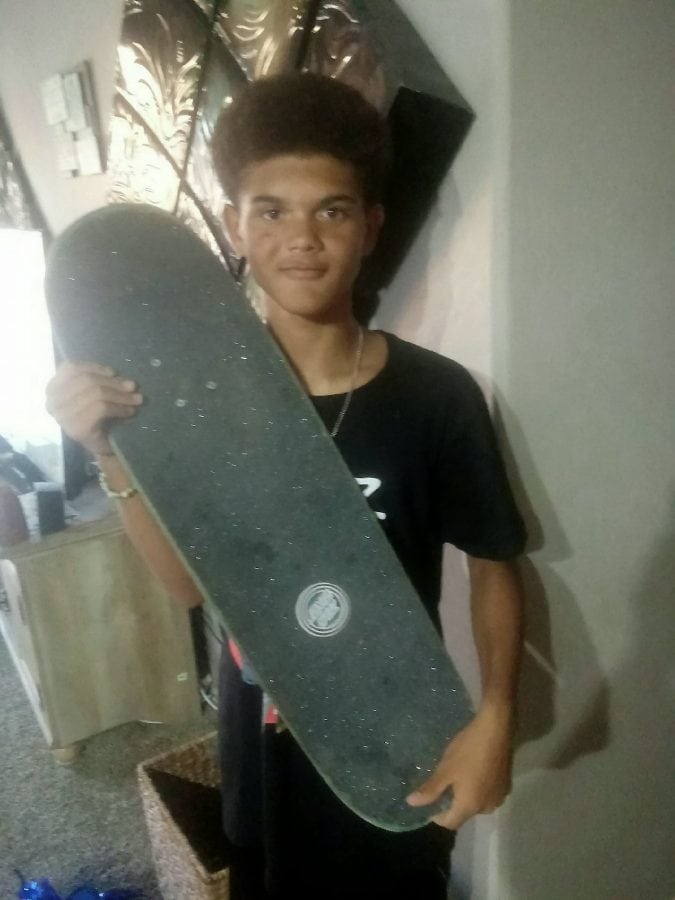 “They attribute the board to helping save his life because if it wasn’t there it would have penetrated his body and severely injured him.

“The chance of getting struck by lightning is minute and who would think a skateboard would help, of all things?

“Josiah is doing fine now. He is bummed out that he can’t go to school for two weeks because he’s ‘Mr Popular’ now, but he’s doing well.”

The average bolt of lightning contains a billion joules of energy – enough to power a 60-watt lightbulb for six months, according to Real Clear Science

The chance of being hit is around 300,000 to one and it’s estimated that around 24,000 people are killed each year by the natural phenomenon globally.

Over the past decade, around 27 people per year in the US have been killed by lightning, according to the National Weather Service.

While around 90 per cent of those struck survive, many suffer life-changing injuries including severe burns or cardiac arrest.

Dr Craig Egan, at Phoenix Children’s Hospital, said the team was unable to identify an entry or exit point on Josiah but that his injuries are consistent with a lightning strike.

Josiah, who was discharged on Monday, credits his Santa Cruz skateboard, which was given to him by a friend, for saving his life. 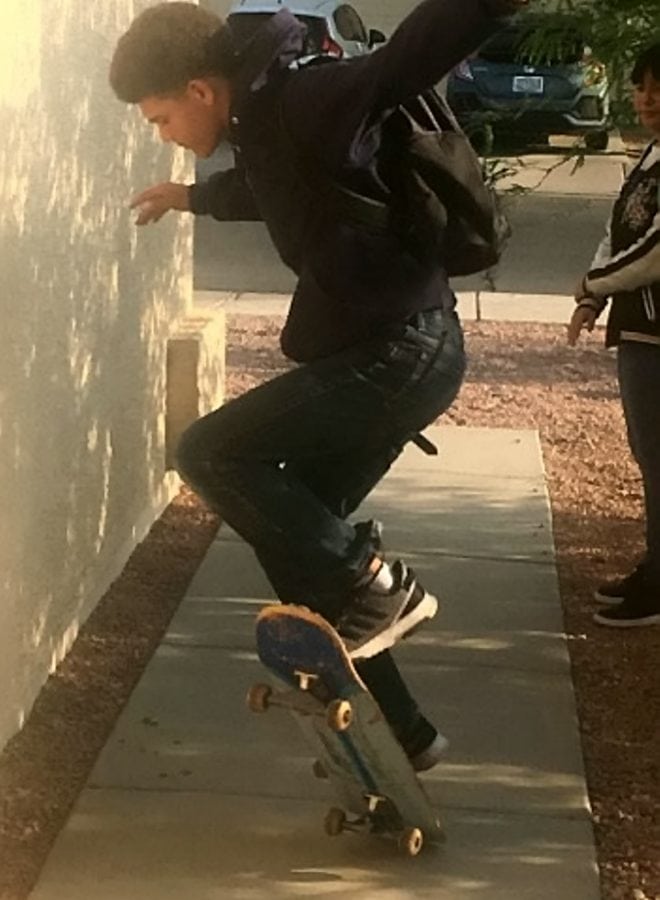 The teen, who only took up skating three months ago, said: “I just remember a burst of heat and then everything went out.

“I woke up three days later in the hospital and thought I had taken a nap. I didn’t know I had been in there three days.

“Without my skateboard with me I probably would have been dead to be honest, or in a little pain. It saved my life in a way. 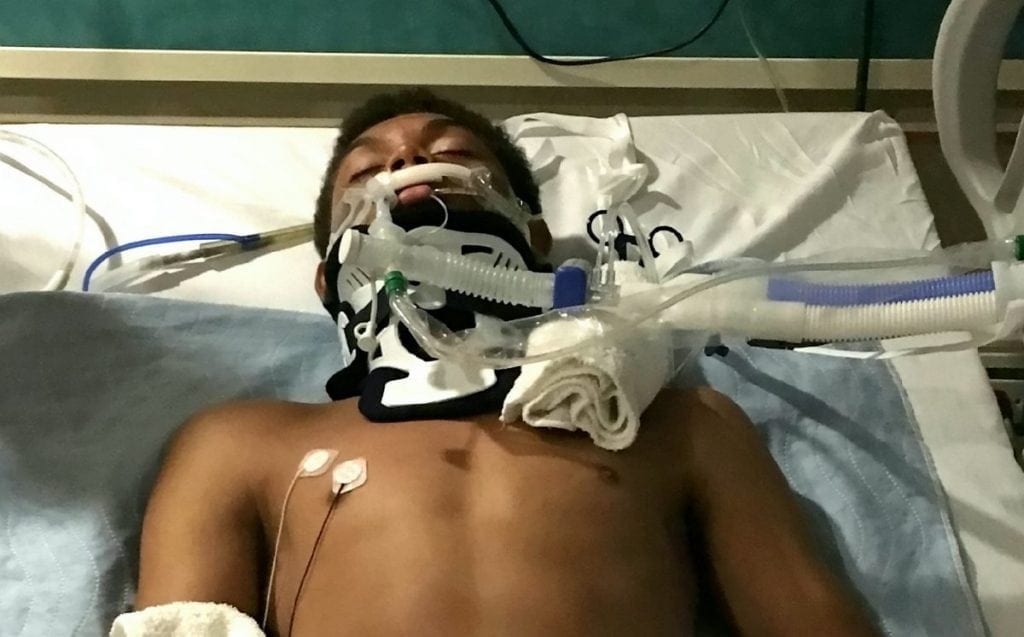 Josiah’s mom Krista, a night auditor and mom of four, added: “He is so blessed.”

The family are raising money for Josiah’s medical bills. To donate, visit: https://www.gofundme.com/lightening