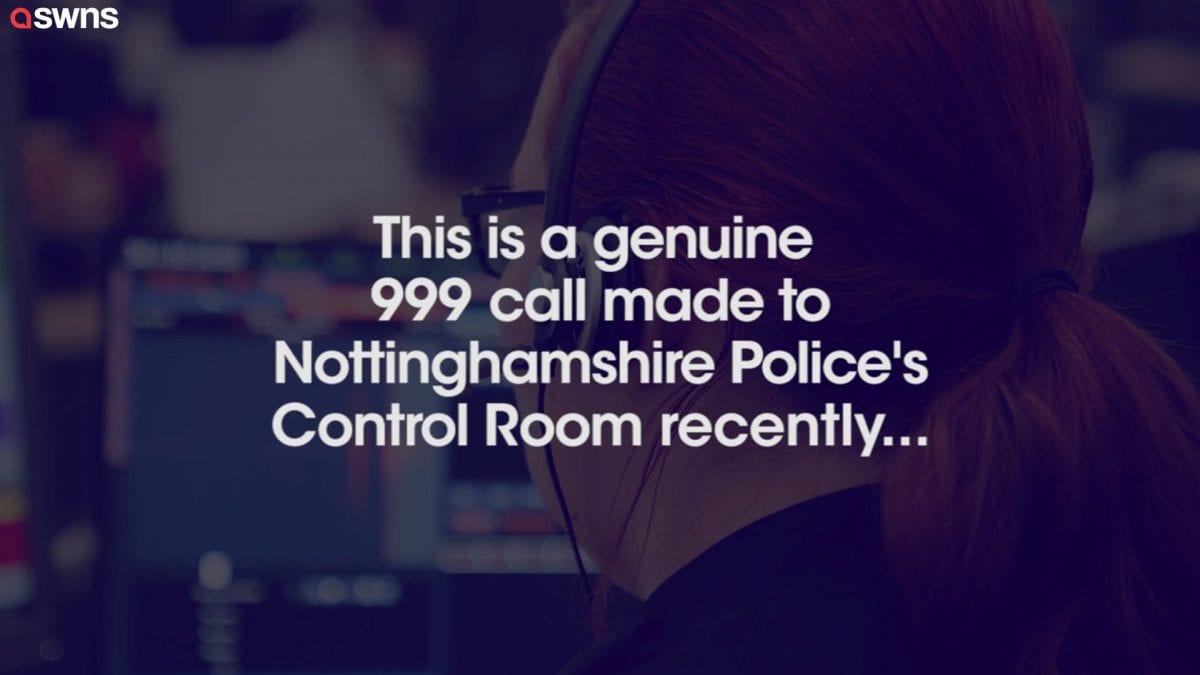 Police have slammed a time-waster who dialled 999 to report that he had gone 3p over at the petrol station and ‘didn’t want to break into a tenner’.

Nottinghamshire Police released shocking audio of the barmy call made by the disgruntled customer who had refused to pay at a garage.

In the clip, the man can be heard telling call-handlers: “I’m just at a petrol station.

“I basically put £10 and its gone slightly over by 3p and he won’t let me out of the shop because he wants 3p but I’ve not got 3p.”

The baffled 999 operator tells him: “This isn’t an emergency.”

The man goes on to say: “I’ve got notes on me. But why am I going to break into a tenner for three pence.”

The force said it had received 241,498 calls to their 101 number as well as a further 108,258 emergency calls between April and October this year.

They are now urging people to use 999 responsibly after receiving numerous nuisance calls during that period.

These included the man who filled up his vehicle at the petrol station but refused to pay the 3p of his £10.03 charge.

Other bizarre calls included someone complaining that only half of their takeaway order had arrived and another asking why the buses were running late.

One time-water wanted to report a hair found in their food and another person asked police to keep an eye on their home while they were on holiday.

Superintendent Paul Burrows, from Nottinghamshire Police’s Contact Management department, said: “The vast majority of the public understand that 999 is only for emergency calls.

“But despite the work we regularly do in the media, online and over-the-phone to explain to people how to use 999 responsibly, we do still receive a high number of misplaced calls to our emergency number.

“While some of the misplaced calls we receive range from honest errors of judgement to the more unusual, there is a serious point to be made here as every misplaced call our emergency call handlers receive has the potential to delay us from responding to genuine emergencies.

“All we’re asking is that people only call 999 in genuine emergencies and remember that there are other ways to contact us for less urgent enquiries.”

Caller: “Hiya, I’m just at a petrol station and, er, the chap at the petrol, till.

Call handler: “I’ll take the call but this isn’t an emergency.”

Caller: “It isn’t but I didn’t know which number to call.”

Call handler: “It’ll be 101 which is non-emergency but I’ll take your call while I’m here. So its just the 3p you are unable to pay?”

Call handler: “Right, well if you’ve got noes and you’ve got the money to pay then you should pay.”

Caller: “That’s ridiculous. So why am I going to break into a tenner for three pence?”

Call handler: “Because you have gone over that by three pence. At the end of the day if you’ve got a £10 note and you’ve got 3p to pay, you’re going to have to break into it.”

Caller: “I’m not paying him 3p. I’m not going to pay him three pence to break a note.”