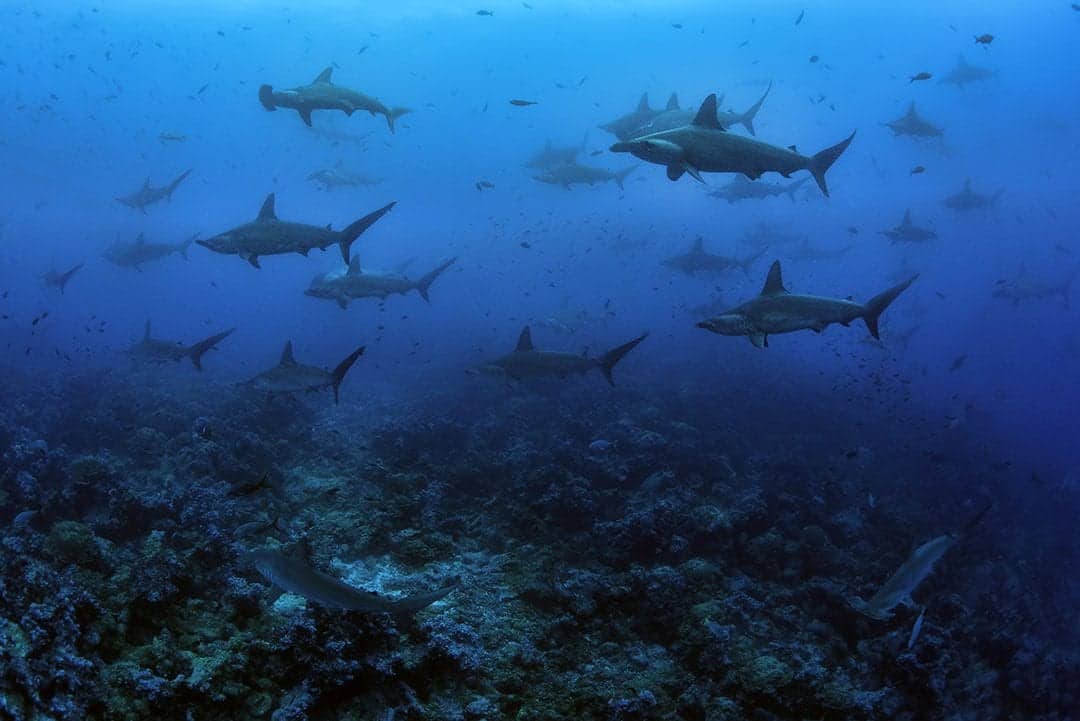 Ultrasounds and blood samples of the world’s biggest shark have been recorded for the FIRST time in history. The results hold promise for finally unlocking the mystery of breeding among whale sharks. Scientists from across the globe spent two weeks studying the sharks in the volcanic Darwin Island, in the Galápagos Archipelago, Ecuador. The island is one of the few places where huge adult female whale sharks, up to 14m (45ft) in length, are spotted.

Jonathan Green, expedition leader and founder of the Galapagos Whale Shark Project, said: “Almost nothing is known about the reproduction of these giant sharks. “After I first saw these huge female whale sharks in the far north Galapagos, I realised that this was a great opportunity to learn more. “We’ve been able to put together an experienced team to research sharks in this remote area, one of the world’s most isolated dive sites.”

Dr Simon Pierce, an expedition member from the Marine Megafauna Foundation, said: “Whale shark breeding is a mystery. Only one pregnant shark has been physically examined so far, back in 1995 in Taiwan. “That ‘megamamma’ shark had 304 little whale shark eggs and pups inside, all less than 60cm in length.”