Last year, Britain's biggest animal charity rescued almost a thousand of the slow-speed reptiles, who seemingly cover miles in the blink of an eye. 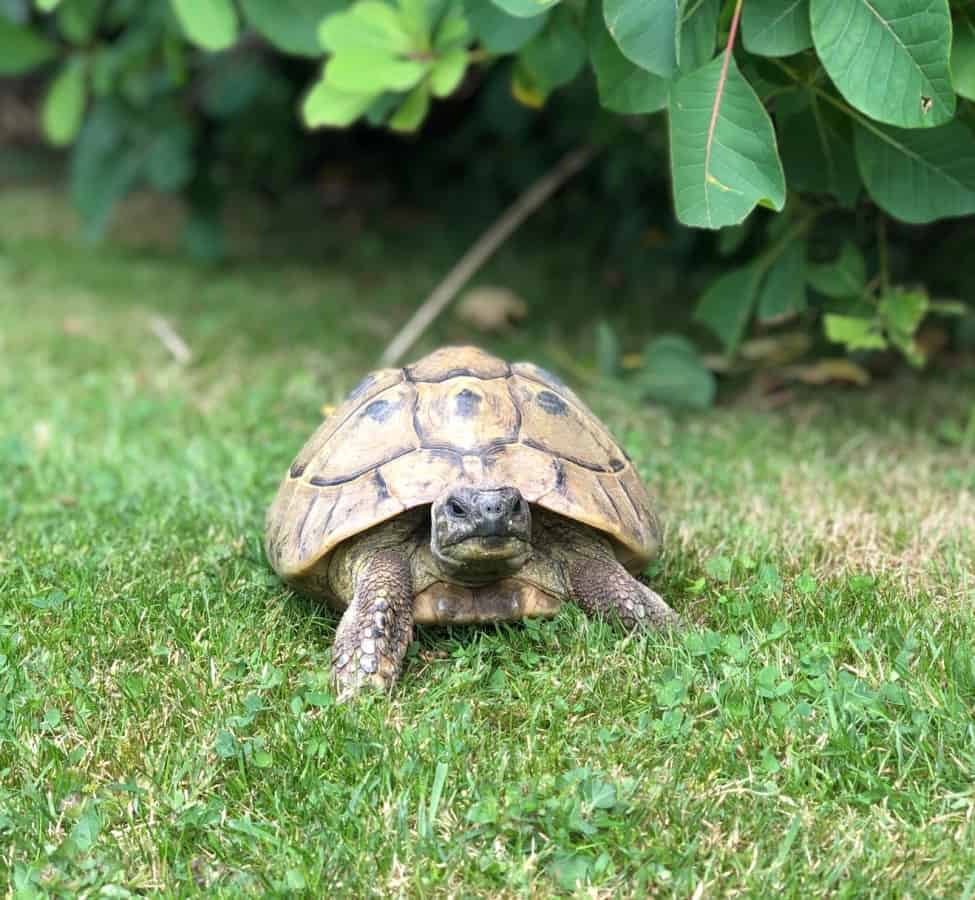 Britain’s biggest animal charity are warning people to keep a careful eye on all their pets – because they keep being called out to rescue TORTOISES that have made a speedy getaway.

The RSPCA rescued almost 1,000 tortoises last year – including one giant reptile that wandered miles from home.

A member of the public found a giant tortoise walking through a field so tried to rescue him – by pushing him home in a wheelbarrow.

RSPCA animal collection officer Kate Wright was called to help after the giant Sulcata tortoise was found wandering around a field near Hemel Hempstead, Herts., on 16 July.

Kate said: “The woman was out walking her dog across the fields when she came across this rather large tortoise strolling down the side of a farmer’s crop field.

“He was obviously a long way from home.

“He is very heavy so she had to go home to get a wheelbarrow and ask her son to lift him into it before wheeling him back home.”

She added: “We’d always encourage tortoise owners to get their pets microchipped and to ensure they are kept in a secure enclosure.

“While many people think of tortoises as being slow they’re actually quite active and can move at quite a pace when they want to.

“Tortoises also climb, dig and can push their way through barriers so can be good escape artists.

“We receive almost 1,000 calls every year about tortoises, many of which have escaped from their homes and gone on the run.”

The Sulcata tortoise – which can grow to be up to 80cm long and weigh more than 100kg – was finally reunited with his owner who was advised to get him microchipped.

RSPCA senior scientific officer Dr Stephanie Jayson said: “We hear stories like these all too often and our officers are regularly called to collect stray tortoises and escaped pets.

“Tortoise owners often let their pets out in the garden during the summer weather and tortoises can become very active in the warm temperatures and sunshine.

“It’s really important that owners keep a close eye on their pets when outside or have a secure run to keep them in to keep them safe from other animals, and to ensure they can’t escape.”