Runaway mum Samantha Baldwin DRUGGED her sons with sedatives and falsely claimed her husband sexually abused them, a court heard today. Baldwin, 40, forced her sons Dylan Madge, six, and Louis Madge, nine, to ingest sedative Zolpidem as well as benzodiazepines, which are taken to tackle anxiety. Baldwin was found with her sons at a […] 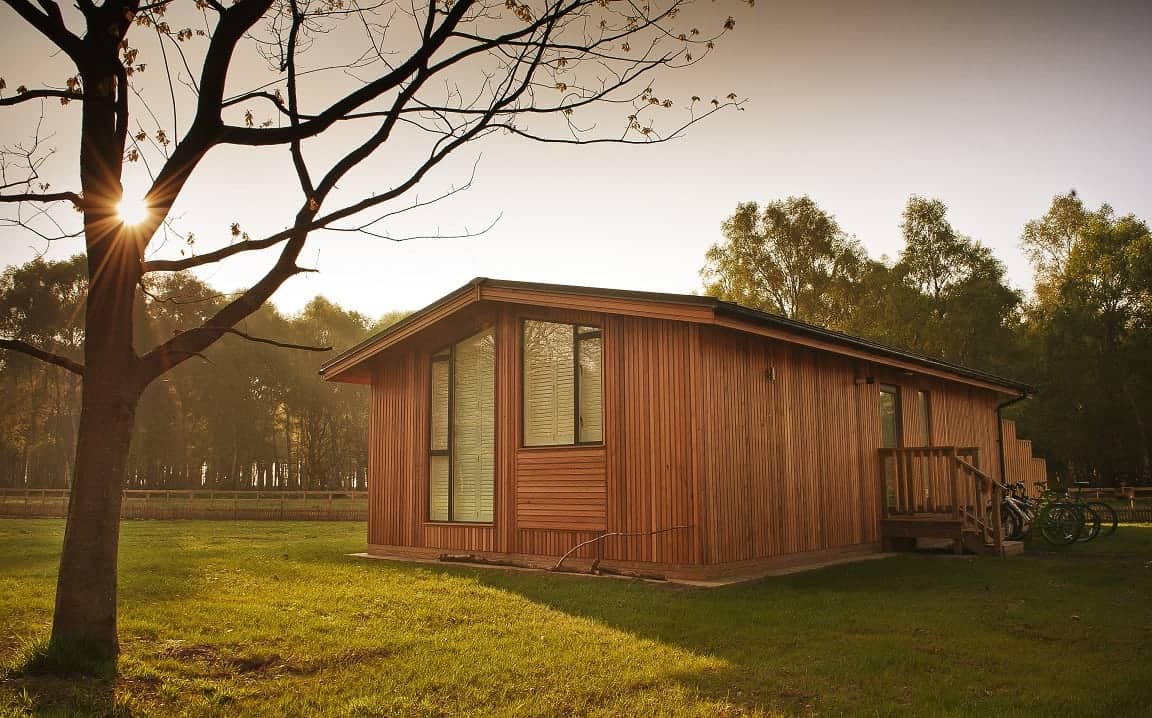 GV of the log cabins at the Sherwood Hideaway holiday lodges, Notts, where Samantha Baldwin was found with her two sons. A mum who went missing with her two children had previously given them drugs and made a false allegation of abuse against their father, a judge has said. See NTI story NTIMUM. At a hearing at Nottingham Family Court today (Monday, April 10) Judge Jeremy Lea issued a statement to set out the facts of the case involving Samantha Baldwin. He said that as a result of "some very helpful coverage" in the mainstream media, a tip-off from a member of the public enabled police to find the boys. Samantha was arrested on Thursday on suspicion of abducting her two sons, after they went missing for 10 days. Samantha Baldwin went missing with her two boys on Monday, March 27. All three were found at the Sherwood Hideaway woodland retreat in Ollerton on Thursday, April 6.

Baldwin, 40, forced her sons Dylan Madge, six, and Louis Madge, nine, to ingest sedative Zolpidem as well as benzodiazepines, which are taken to tackle anxiety.

Baldwin was found with her sons at a holiday complex 15 miles from her home in Newark, last Thursday following a ten-day Europe-wide police hunt.

At a hearing at Nottingham Family Court today Judge Jeremy Lea revealed Baldwin had made a false claim of abuse against her estranged husband. In a three-page statement, he said: “This began as a private family law case between a mother and a father. They had separated.

“They had been in a dispute over the amount of time that their two boys should spend with the father.

“In December 2014, the mother alleged that the father had sexually abused his sons. The father adamantly denied that he had done so.

“The police investigated. Given the seriousness of the allegations all contact between the father and his sons stopped.

“There was a fact finding hearing to decide whether the allegations were true before me in February 2017.

“I heard evidence over 12 days. I heard from the mother and the father who both had experienced senior counsel to represent them and 14 witnesses. I had regard to over 2,000 pages of documents. “I heard oral submissions from the advocates on the evidence I had received.

“I made a prohibited steps order against the mother, with her consent, that she would remain living at her stated address with the boys. I reserved judgement to Monday, March 27.

“In the middle of delivering my judgement on that morning, the mother abruptly left court.

“It’s now apparent she picked up her sons from an unknown location and disappeared with them, putting her breach of the court order.

“The police are investigating how she did this and I make no further comment, save that it is my assessment that it was plainly pre-planned and carefully executed.

“The mother intended to prevent the court from taking decisions as to the arrangements that should be made for the boys in light of the findings.

“I made a number of specific findings in my judgement.

“At the beginning of that judgement I set out the respective positions of the parents in these terms: ‘A calamitous case.’

“The two boys that I am concerned with have either been grossly sexually abused by their father, members of the father’s family, and a number of his male friends. Or, in all probability they now have a false belief that he, his family and friends have done so. “On either basis, the consequences for the emotional and psychological well-being of these boys may well be catastrophic.’

“In my judgement I found that the father had not perpetrated sexual, physical or emotional abuse against the boys as alleged by the mother, or at all, that the allegations made by the mother were false.

“I also found that the mother genuinely believed that he had done so, but that her belief was irrational and that the evidence of abuse was unreliable.

“I also made a finding that in order to try to prove her case against the father, the mother had caused the boys to ingest substances that would give rise to a positive testing for benzodiazepine products and zolpidem.

“It is not uncommon in contested family proceedings that one side, and occasionally both sides, are of the opinion that the judge’s decision was wrong.

“It is open to such a party to ask the judge himself or the Court of Appeal to give permission to appeal against the decision.

“What is not acceptable is for a party to attempt to obstruct the court’s decision by removing children, as I am satisfied that this mother did.

“There was understandable concern given my findings as to what the mother might do. I made a recovery order, empowering the police to find and keep safe the children.

“I authorised the release of the names of the mother and the boys to assist the police to find them. “The mainstream press and media gave some very helpful coverage – as a result, a tip-off from a member of the public enable the police to find the boys.

“They are now in the interim care of the local authority.

“I now have to decide what care arrangements have to be made in the best welfare interests of these boys.

“They could not immediately return to their father. I’m very concerned as to the impact of continued press and media intrusion into their lives.

“They need to be protected from much of what has been inaccurately reported about their parents and about what has happened to them.

“I delivered this judgement in open court to summarise my principle findings.”

She was arrested when police swooped on a £1,000-a-week Sherwood Hideaway holiday lodge near Ollerton, 15 miles from her home in Newark, Notts.

Her sons, who were not harmed, are now being cared for by child-care professionals. Baldwin was arrested on suspicion of child abduction.