Workers found themselves trapped outside Farringdon Train Station in a narrow pathway after a deluge in London caused a huge puddle to form on a pedestrian crossing over a busy road. 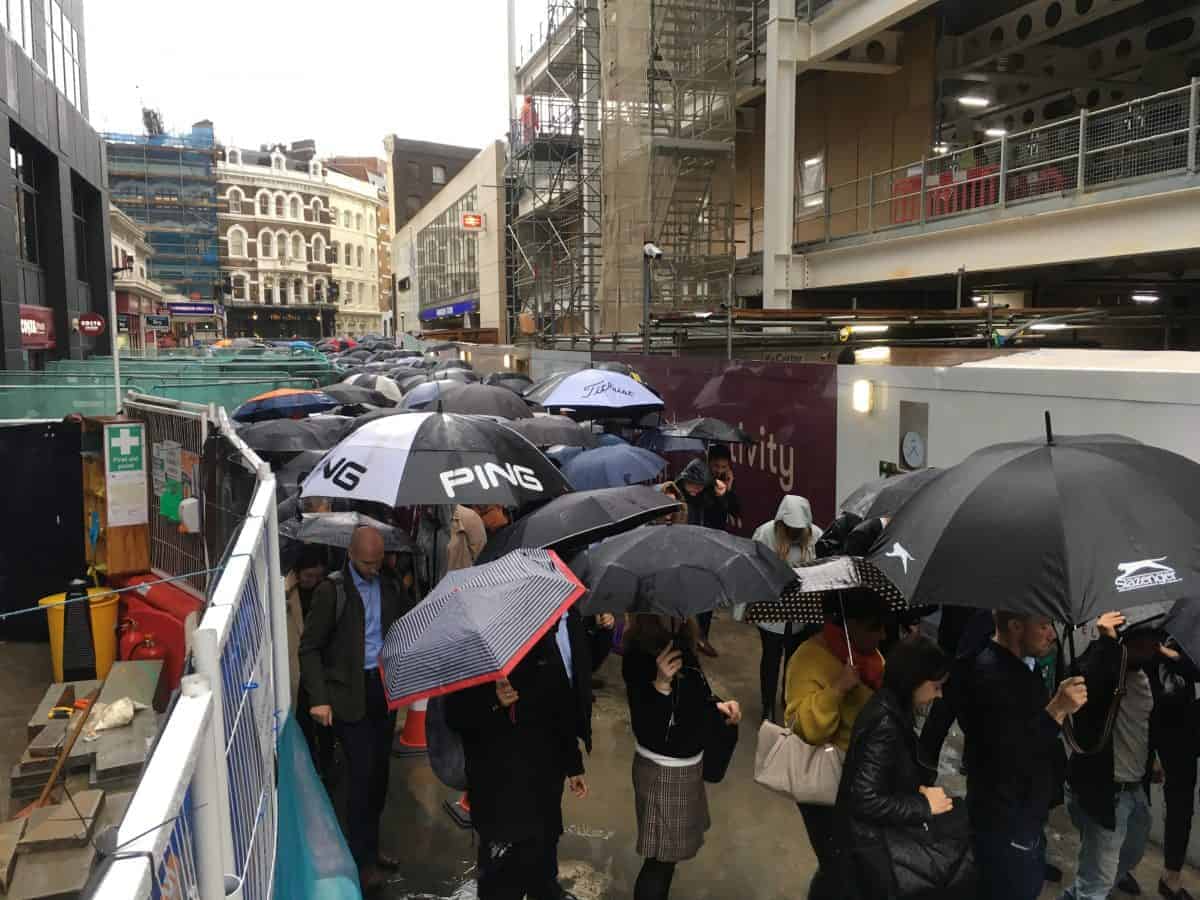 Hundreds of commuters were trapped for up to an hour after rain caused a huge traffic jam – of PEDESTRIANS.

Workers found themselves trapped outside Farringdon Train Station in a narrow pathway after a deluge in London caused a huge puddle to form on a pedestrian crossing over a busy road.

As people tried to leave the busy central London tube station, they got caught up in the jam – and some even had to ring their companies explaining why they would be late.

A 38-year-old office worker said: “I’ve never seen anything like it.

“It takes me literally a minute to usually walk to work from the station, but today it took me the best part of an hour.

“I had to ring my boss and tell him he’d be late – he didn’t believe me until I sent him the pictures.”

The problem was exacerbated by Crossrail building works that have narrowed the wide pedestrian road – and the uneven surface caused massive puddles to form.

Commuters are reported delays of up to 45 minutes to get from the door of the station to Farringdon Street, a distance of just 60m which would normally take just seconds.

One rushing traveller said: “I’ve lived in London for many years and I’ve never seen anything like it.

“Something needs to be done.”

Another frustrated commuter, Lance Hagan, 60, said: “I got there a bit earlier, but it was still bad.

“It took me about ten minutes to get from the station door.

“Why don’t the workmen just come and sweep the water away? It’s unbelievable.”

The gridlock began about 8am and finished around 10am.

A third worker said: “Today it made me 20 minutes late for work – it was absolutely ridiculous.

“I can’t believe people are so scared of splashing through a puddle, even if it was massive.

“There was a sea of umbrellas – I’m surprised I didn’t lose an eye.”