They rode to Parliament. 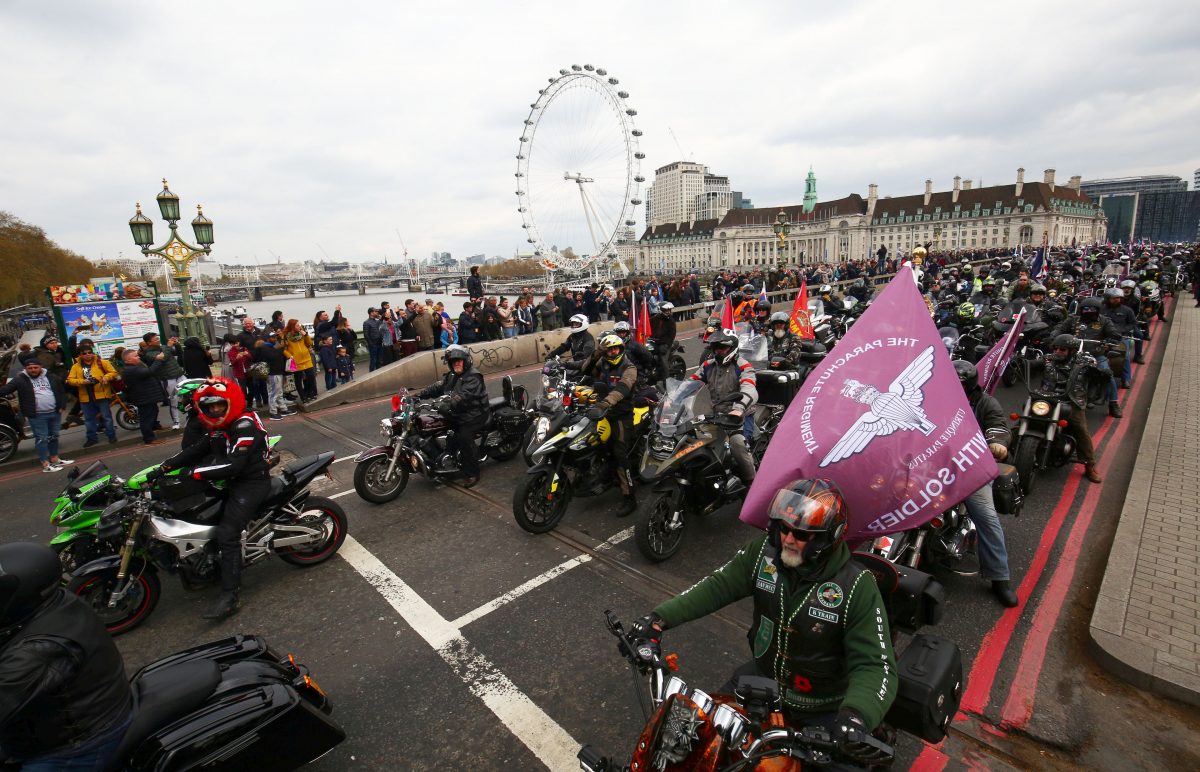 Hundreds of bikers gathered from all across the country to ride on Westminster, to show support for the Bloody Sunday Massacre murder accused.

An estimated 7,000 bikers, riding all manner of motorcycles, brought traffic in central London to a standstill as they rode across Westminster Bridge in a show of solidarity with ‘Soldier F.’

‘Soldier F’ is the codename for the one soldier who is facing prosecution for the 1972 massacre.

The CPS announced last month that the man, whose identity is being protected, is to face prosecution for the murders of James Wray and William McKinney.

He is the only one set to stand trial for the massacre, that took place in Derry at the height of the Troubles.

British soldiers from 1 Para opened fire on protester, claiming the lives of 14 Irish nationals and wounding at least 14 more.

Organisers of the event, dubbed ‘Rolling Thunder’, say they are protesting the British Government’s actions in charging the former squaddie.

The Bloody Sunday Inquiry, investigated by Lord Saville, concluded that protesters who posed no threats to the soldiers were killed.