Cleaners called Gatwick police after finding a suitcase stuffed with blue plastic bags of suspicious-looking white powder on a shuttle train at the busy airport. 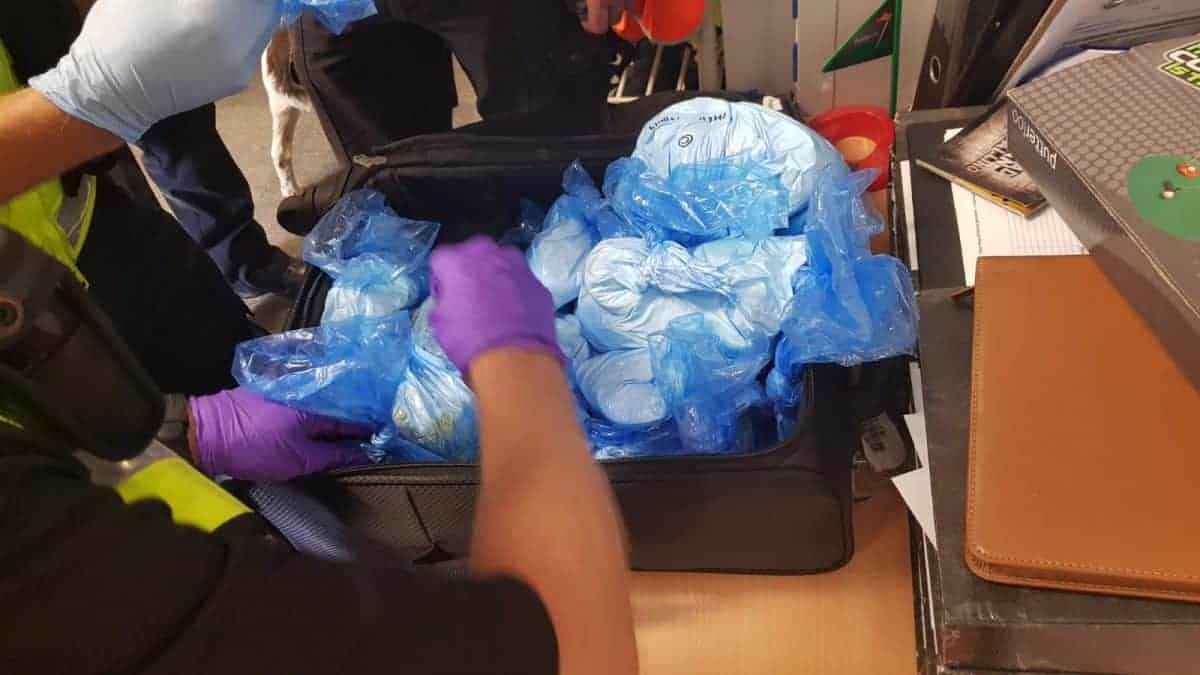 Police were left with substitute egg on their face after revealing a huge airport drug bust turned out to be bags of vegan cake mix.

Cleaners called Gatwick police after finding a suitcase stuffed with blue plastic bags of suspicious-looking white powder on a shuttle train at the busy airport.

But after the suspicious contents were tested police were amused to find it was just dairy and egg free cake mix.

Officers then tweeted about the mix-up on Wednesday, telling passengers to label food and bring samples of sweet treats.

“In collaboration with the Home Office, powders tested and discovered to be vegan cake ingredients.

“Please label your foods and bring samples of cakes next time you visit.”

The bags of baking powders belonged to Purezza, a trendy vegan restaurant in Brighton, East Sussex, and tweeted a response to the police.

They said: “So, we had quite an eventful time transporting some of our ingredients today.

“Thanks for going easy on us guys.

“A slab of cake all round is in order when you’re next in Brighton.”

BTP replied: “And your secret recipe is safe with.”

British Transport Police confirmed that there were no arrests or concerns about the seizure of the white powder, on Wednesday afternoon.

A spokesperson said: “We received a report at 1.34pm.

“Cleaners found a bag contained many bags in the first class compartment of a train.

“Obviously it was tested and found to be exactly what it says in the tweet.

“We spoke with the owner and there were no concerns.”