KFC will roll out vegan "chicken" nuggets and wings in an Atlanta restaurant today. 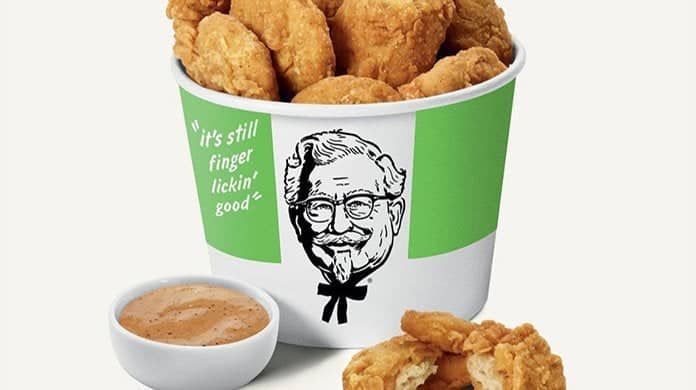 KFC is set to trial vegan fried chicken in an Atlanta restaurant today.

The fast food chain will join forces with plant-based Beyond Meat to sell meatless nuggets and wings.

Following the success of its vegan burger in the UK, KFC will roll out vegan “chicken” nuggets and wings – but only in the US

The “Beyond Fried Chicken” promises to deliver the same “finger lickin’ good” flavour as its traditional meat fare.

It will be down to customer feedback as to whether more KFC locations sell the plant-based nuggets and wings in the States.

It also follows moves from Burger King, which revealed a plant-based Whopper burger this year, and Subway, which launched a vegan patty.

At the start of the year Greggs launched a vegan sausage roll and TGI Fridays rolled-out a vegan “bleeding” burger.