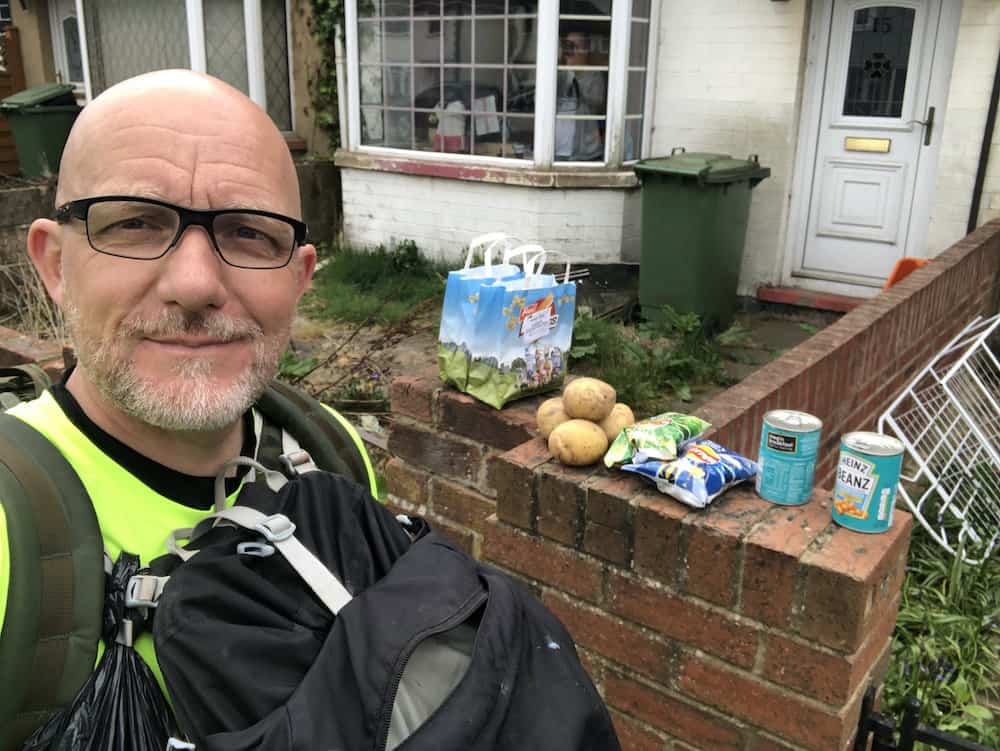 An award-winning “hero” teacher who spent each day preparing food for his pupils has made his final delivery – after sending 7,500 packed lunches.

Zane Powles, 48, diligently prepared 85 lunches each morning after fearing his students would struggle to access food after school’s were shut during the pandemic.

The determined teacher walked 7.5 miles a day for 17 weeks – and totalled over 600 miles over the course of his runs in Grimsby, Lincs.

He estimates that he carried roughly four tonnes of food during that time – but said it was all “well worth it” after seeing the smiles on his pupils’ faces.

As schools are closing for the summer, Zane delivered his final food package last Friday (July 17) in an emotionally charged afternoon.

Zane, who works at Western primary school in Grimsby, Lincs., said: “When I started these walks I was concerned about the kids and their wellbeing and I wanted to make sure I could see them all.

I needed to know if they were safe

“But after all these months it was a bit emotional for it to come to an end – I love seeing my students and checking up on them. It’s so important to me.

“I’m just doing my job at the end of the day. My role is to help nurture and educate children, and to take care of them.

“It’s just being done in a way I never expected when I started this career.”

He added: “I can’t believe how far it’s gotten – I never expected to do any of this, but it’s crucial that it doesn’t end here.

“Children are the most important people in the world and we must protect them at all costs.”

The early riser got to school at 7am to start preparing and packaging the food before heading out on his two-hour journey.

He delivered roughly 85 lunches per day and occasionally left his students homework – which he says they were “less keen on”.

The dedicated teacher says he didn’t take a single day off during the pandemic while undertaking the mammoth task.

The dad-of-three said: “I haven’t taken a single day off during the pandemic but I wouldn’t think to – there’s so much at stake here.

“It’s been relentless and exhausting but it’s been well worth it when you see the smiles on kids’ faces.

“They’re always so happy and grateful – other than when I bring them homework, which they’re less keen on.”

But said his mission is far from complete and he wants to continue to help children in need.

He will be cycling through all of the UK’s city castles in a journey which will take him 1,500 miles to finish.

His stops include Edinburgh Castle, Belfast Castle, Dublin Castle, Cardiff Castle , the Tower of London and then finally back to Ross Castle in Cleethorpes.

He is raising funds for Meals and More, who provide support to children who live with poverty and social isolation and have limited access to adequate food provision.

Zane added: “What Marcus Rashford managed to do is incredible. Kudos to him for pulling that off and using his status and stature to do something so important.

“But we have so much still to do to ensure kids don’t go hungry.

“In the summer the children’s struggles are invisible to us because we don’t see them.

“But it’s essential that we ensure they’re safe.”

You can donate to his cause here: https://uk.virginmoneygiving.com/fundraiser-display/showROFundraiserPage?userUrl=ZanePowles-Cycle_Capital_City_Castles&pageUrl=4