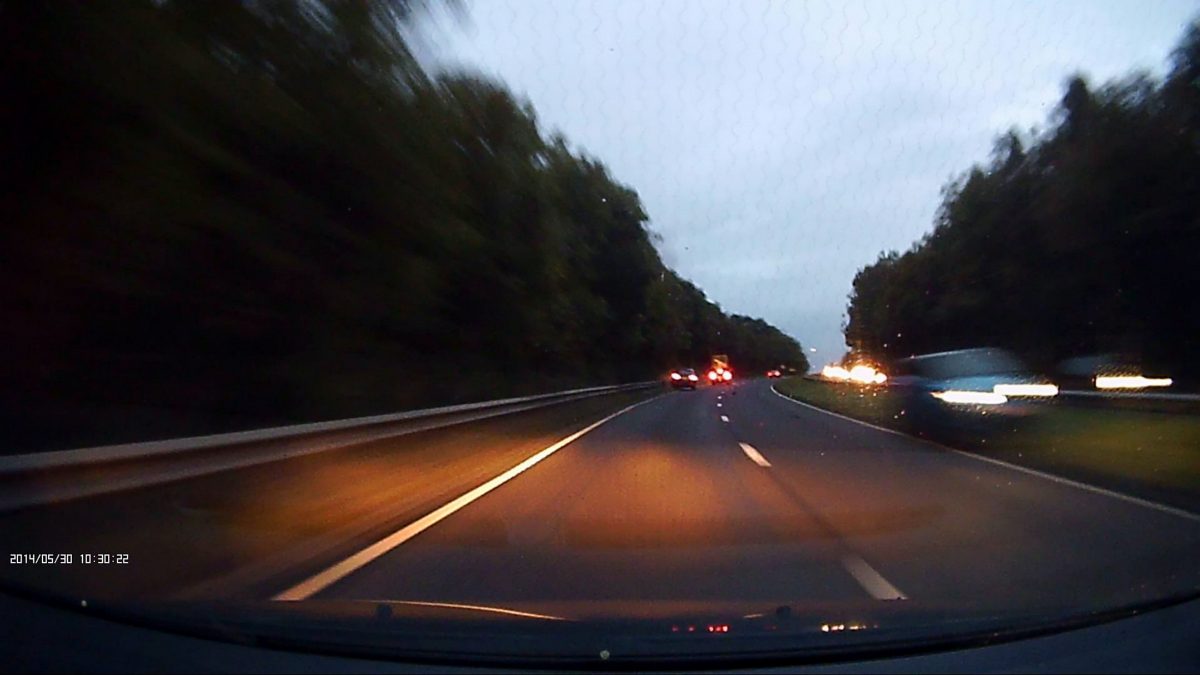 This is the terrifying moment a driver swerved off the road to avoid a head-on collision with another car – driving the WRONG WAY down a dual carriageway.

Dash cam footage shows how cars narrowly avoided colliding with what looks like a Range Rover when it careered into oncoming traffic.

The driver – who police said didn’t stop at the scene – was zooming along the fast lane of the A413, in the wrong direction.

The clip was filmed by Sanjay Bhudia’s car dash cam. He was travelling in the left hand side lane of Amersham Road, Gerrards Cross, Bucks,.

The 44-year-old dad-of-two was on his way home after picking his son up from after school club at around 7.30pm.

His footage captured the rogue driver come within inches of smashing straight into another car, which was travelling on the correct side of the road.

The driver at the wheel of the car in front of Sanjay’s was forced to swerve onto the grass verge to avoid colliding with the car head-on.

He said: “I thought ‘what the hell are they doing?’. I was so shocked, I feel very lucky.

“I had my son in the car with me and it could have ended differently for us.

“It could have been very serious. It was incredibly dangerous and that person clearly isn’t fit to drive.

“If I had been any closer we could have been hit. I didn’t see if it was a man or a woman who was driving.

“You never think something like that will ever happen to you.”

Sanjay said he pulled over behind the car involved in the incident to make sure the occupants were ok.

The three people in the car – all pensioners – were badly shaken and unhurt.

Sanjay said neither of them could speak very good English, so he helped them phone Thames Valley Police to report the collision.

“They were quite old and very shaken”, Sanjay said.

“There was three people in the car. They couldn’t speak English so I helped them talk to the police.”

Although managing to avoid a serious collision, the two cars did make contact, knocking off one of the car’s wing mirrors and causing minor bodywork damage.

A Thames Valley Police spokesperson said: “Thames Valley Police received a report on Monday at around 7.40pm that a car, believed to be a grey Range Rover, travelling the wrong way down the A413 Amersham Road was involved in minor collision with another vehicle.

“Officers attended and no one was injured. The grey Range Rover failed to stop at the scene.