The five-month-old cane corso spent half and hour wedged between the railings after getting trapped in Darlaston, West Mids., on Saturday (15/9) 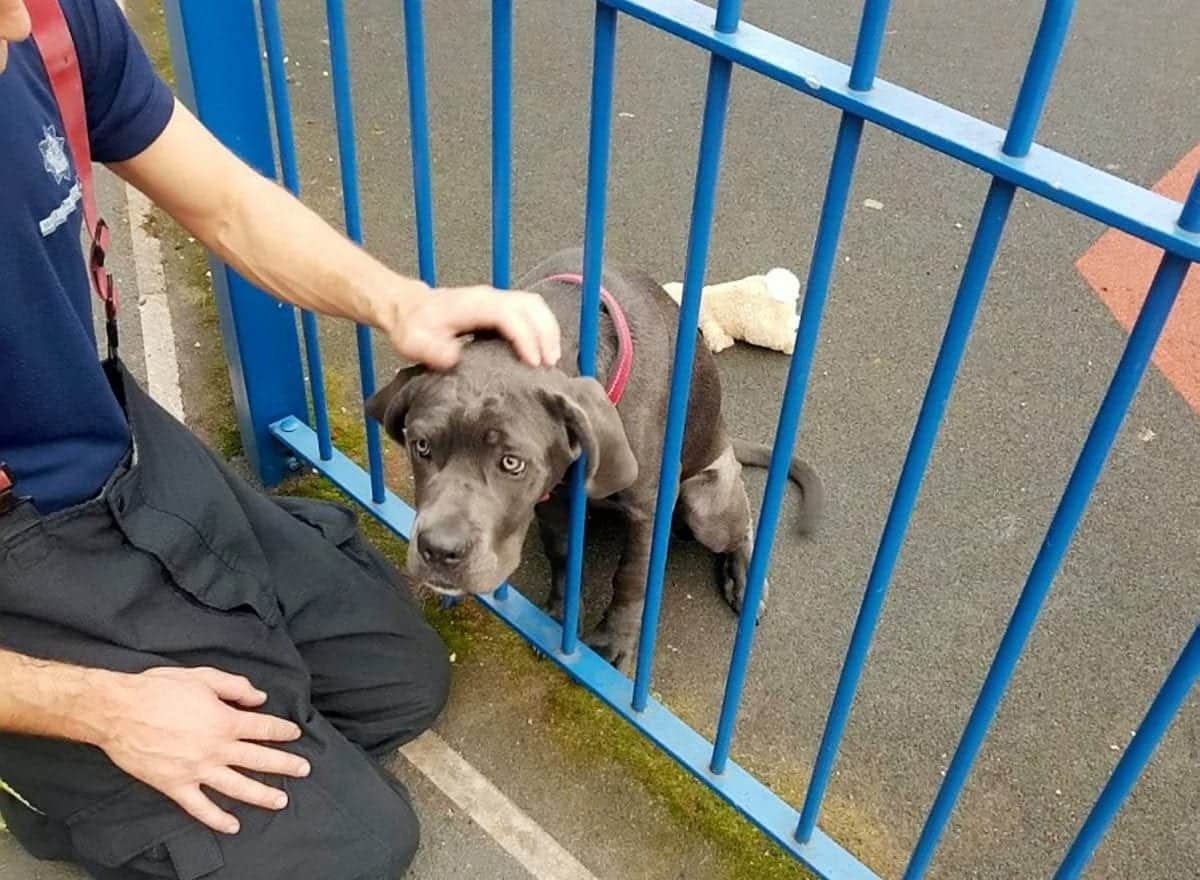 A trapped puppy had to be cut free by firefighters after getting its head stuck in railings at a children’s playground.

The hapless pooch became firmly wedged between the metal fence for over half an hour before being rescued by fire crews in Darlaston, West Mids. 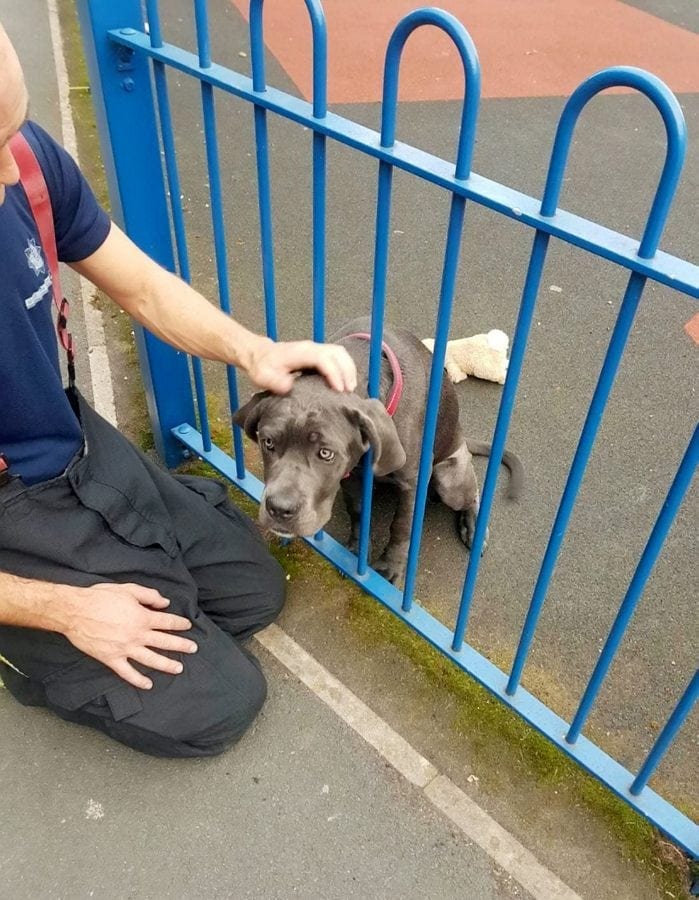 Luckily, the curious pup escaped without any injuries and was returned to her grateful owner.

The service took to social media to share images of the rescue on Saturday (15/9) which show the grumpy-looking dog peering up from between the blue railings.

Tweeting from their @WestMidsFire account, they said: “Crew from Wednesbury have rescued a 5-month-old puppy from the railings of a playground in Darlaston. She’s now safely back with his owners. #notjustfires”