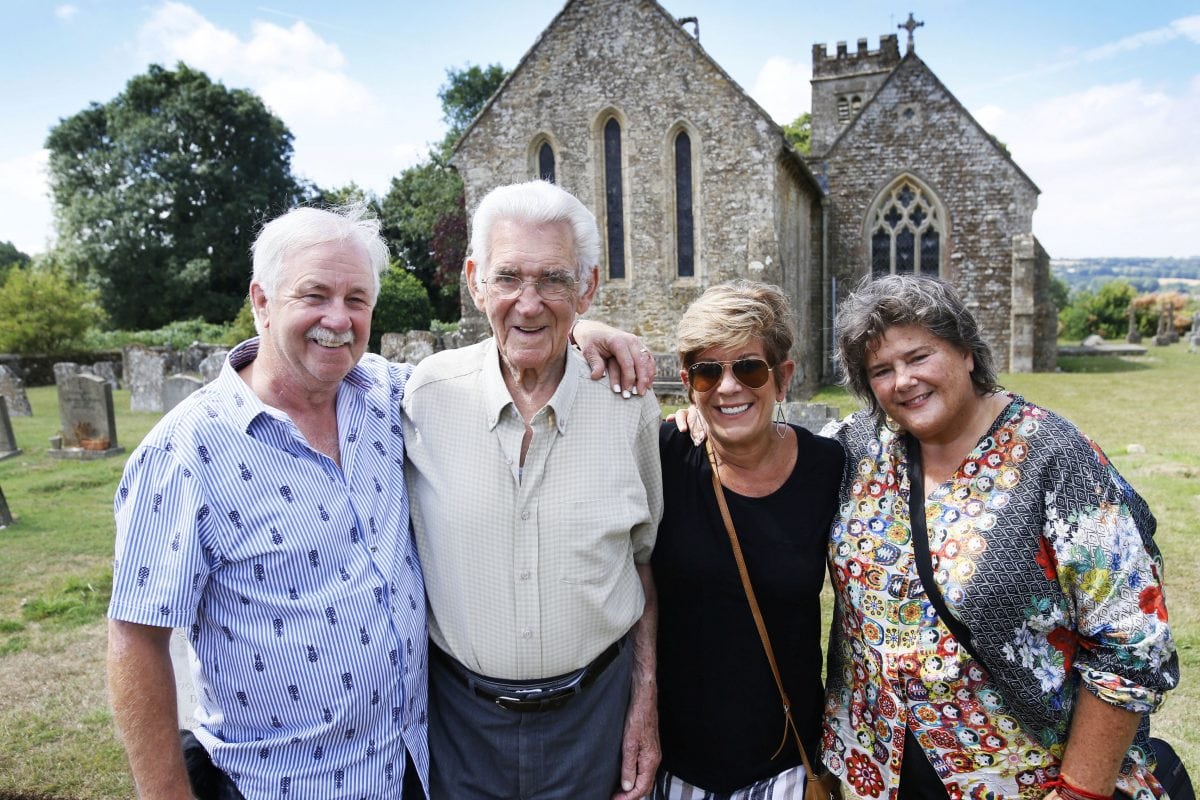 The children of an American airman have tracked down the Brit who pulled him from his burning plane 76 years ago – then sat and had a cigarette with him.

Ron Dale, 92, dragged Armstrong ‘Doc’ Lyon from the flaming wreckage moments before it exploded in a field in Milton-under-Wychwood, Oxfordshire in 1942.

Brave Ron, then just a teen, had seen the plane smash into a field and ran over – and found Armstrong alive inside. 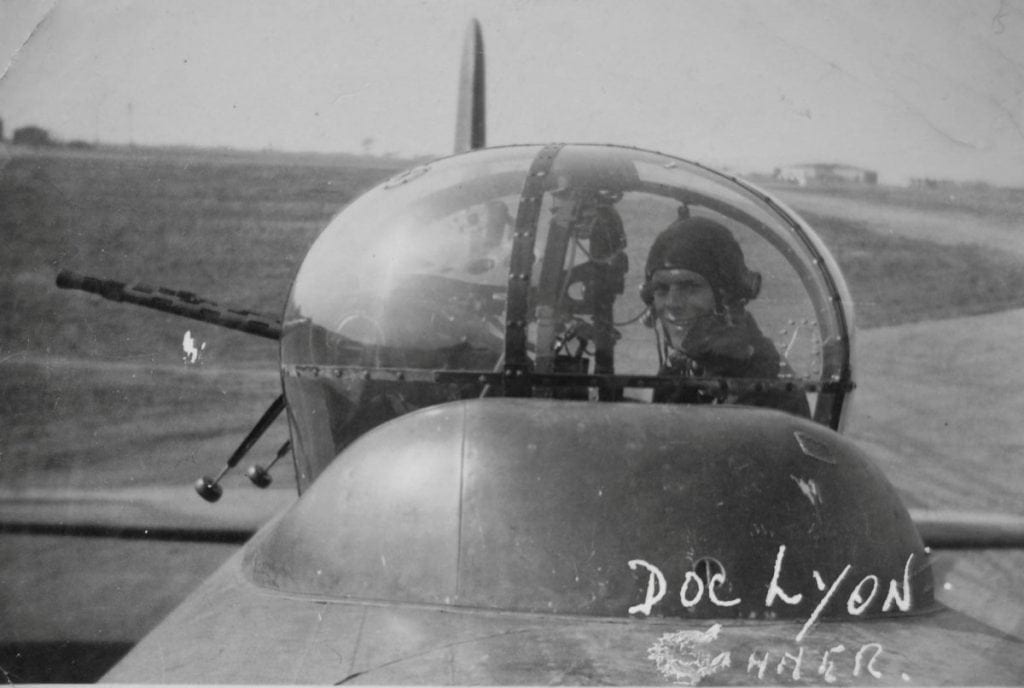 The flier told the boy to run before it blew up – but Ron ignored him and dragged him from the burning fuselage.

The pair then sat and smoked together before helped arrive and Doc returned home to the US where he had a family.

They have thanked Mr Dale, from Witney, West Oxfordshire, after discovering the full story of their father’s crash. 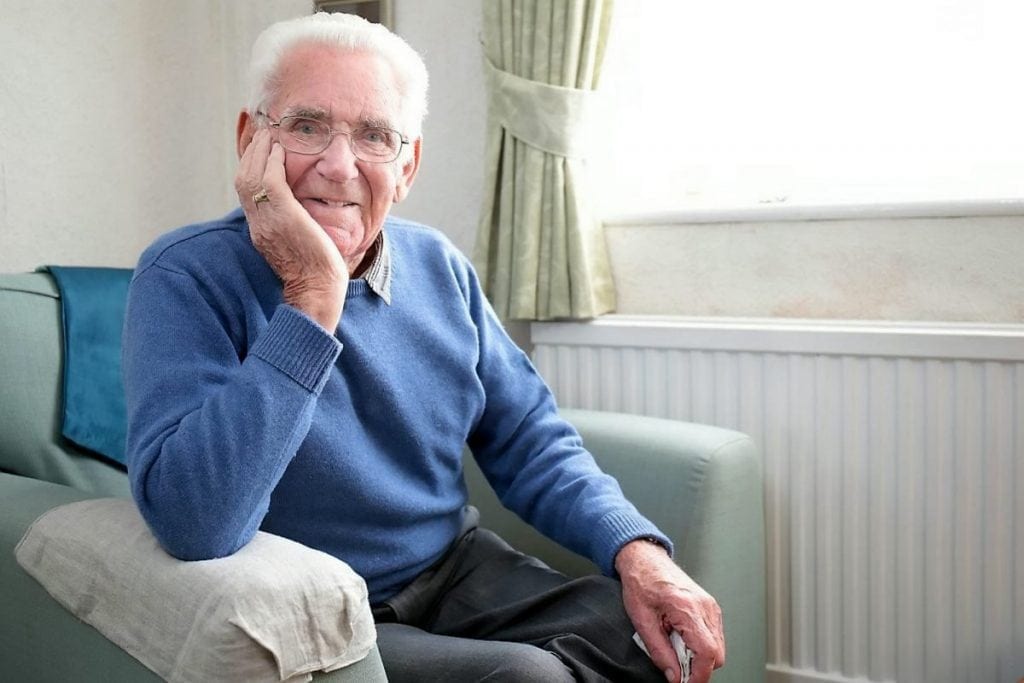 “I feel that Armstrong, our father, would be really pleased and it feels like something that was open – and, in a way, broken – is not broken anymore. It’s closed.”

Marion, of Texas, added that it was like everything had come ‘full circle’.

She said: “How can you possibly thank someone who did something that selfless – something that, had they not done it, you would not exist?

“What ‘thank you’ could match the value of what he did?”

During their visit on Friday, Mr Dale and Mr Lyon’s family visited the site of the crash.

It was September 16, 1942, and a 17-year-old Mr Dale was leaving his Milton-under-Wychwood family home.

He noticed a plane travelling through the skies on a concerning trajectory. 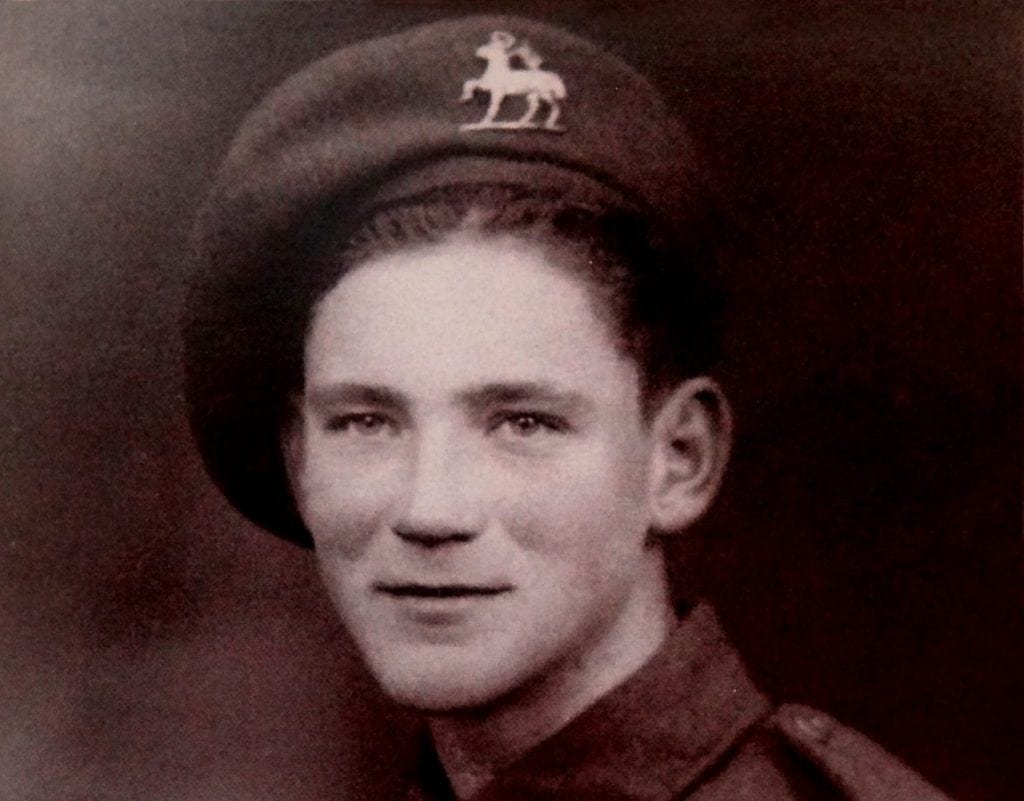 The youngster and his mother looked on as the Wellington bomber, which had suffered engine failure, headed for the ground.

Mr Dale believes the pilot tried to land the plane in a field – but it crashed and burst into flames upon colliding with the ground.

After hearing the plane plough into the ground, Mr Dale ran what felt like ‘a million miles’ to get to the wreck, clearing fences in a beeline towards the field.

When he arrived, Mr Dale saw the 23-year-old Mr Lyon trapped in the burning aircraft and engulfed in flames.

The teenager grabbed the airman with both arms and heaved him to safety.

The sergeant shouted to Mr Dale to flee from the plane, knowing that the flames were about to ignite the fuel tank.

Moments later, as the pair ran from the wreckage, it exploded.

They then stood together in a ditch and smoked cigarettes while waiting for the ambulance to arrive.

Mr Lyon was missing a boot and trouser leg and had severe burns to his leg and face.

Six weeks later he returned to the village to thank Mr Dale for saving his life – but the teenager was working at the time and never had the chance to see him, leaving it up to Mr Lyon’s children decades later.

Mr Dale, who was delighted to meet the family, shrugged off the notion of his own heroism.

He said: “It’s just a thing that happened that morning – but I will never forget the sound of that thing when it hit the ground.

“I thought to myself many times: I wonder if he made it to the end of the war. And I always hoped he did. He was a real ‘go and get them’ type of character.”

Mr Lyon’s children were also, during their time with Mr Dale, able to visit St Peter’s Church in Little Rissington, where two of Mr Lyon’s fellow airmen were buried.

They laid wreaths on the graves and the experience helped make real the significance of Mr Dale’s heroic actions. 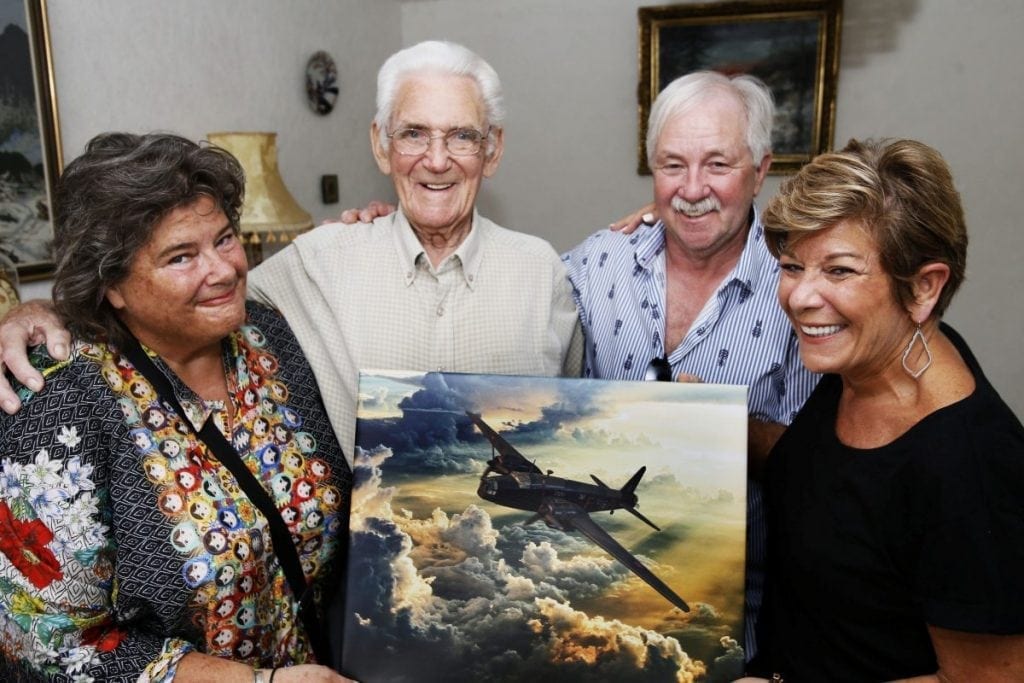 Marion said: “Going to the church had a big impact, especially when Mr Dale pointed out that that is where my father would have been buried.”

Mr Lyon, who was born in Philadelphia in the United States but travelled to Canada to join the RCAF and fight Hitler prior to America joining the conflict, completed 56 operations.

He concluded his service with the RCAF in 1950, after which he joined the United States Air Force.

The sergeant served in the USAF for a further 22 years, flying as a navigator in strategic bomber command, and later commanding a missile unit.

He retired in 1972 after reaching the rank of colonel. 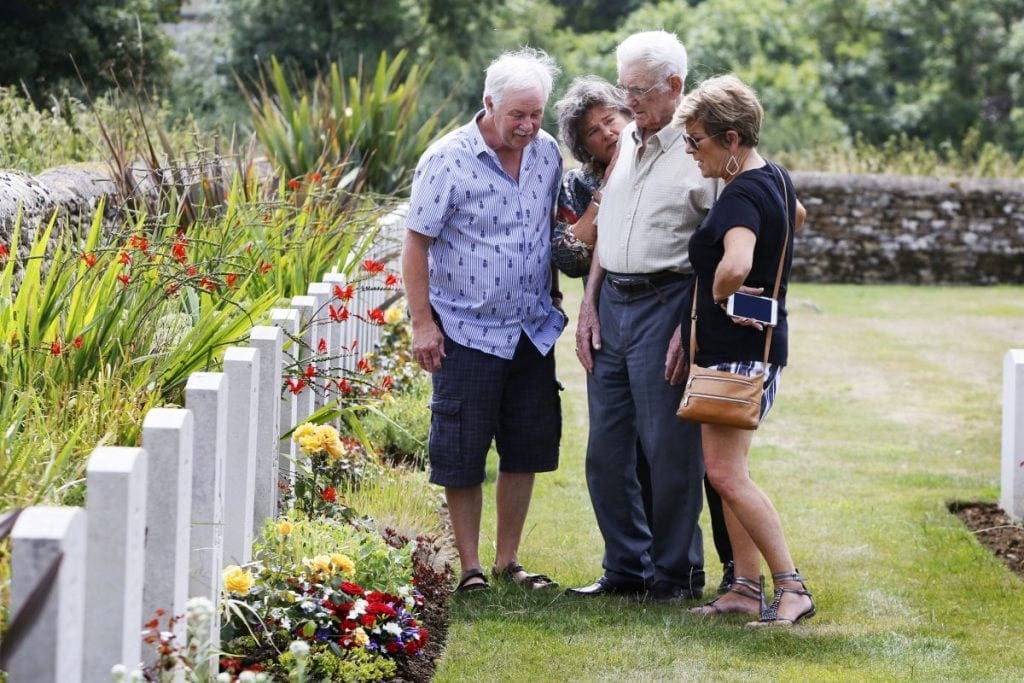 His children, who now have children of their own, described their father as a charming man who would spend a lot of time alone.

They said he was left haunted by the crash and had a recurring dream of the men who lost their lives visiting him while he lay in bed.