A World War II pilot who was desperate for “one last flight” has fulfilled his dream after he took to the skies at the age of 96. George Harvey flew bombing raids behind enemy lines during the conflict after joining the RAF in 1939. Now the 96-year-old has taken off in the cockpit from the […]

A World War II pilot who was desperate for “one last flight” has fulfilled his dream after he took to the skies at the age of 96.

George Harvey flew bombing raids behind enemy lines during the conflict after joining the RAF in 1939.

Now the 96-year-old has taken off in the cockpit from the RAF Lossiemouth military base in Moray and held the controls for the final time.

Mr Harvey’s carer Claire Nias was responsible for looking after the veteran after he spent a brief spell in hospital.

While completing routine paperwork to monitor his progress, he wrote: “I want to be airborne one last time before the ‘wooden overcoat’.”

Mrs Nias, who works at a hospice in Nairn, vowed to make his dream a reality and immediately contacted RAF Lossiemouth to arrange it.

Flying Officer Chloe McFarlane, who is stationed at the base, knew it would be impossible to arrange a seat in the supersonic Typhoon jets.

So instead, she contacted the Moray Flying Club, based at Kinloss Barracks, to make preparations for the nostalgic flight. 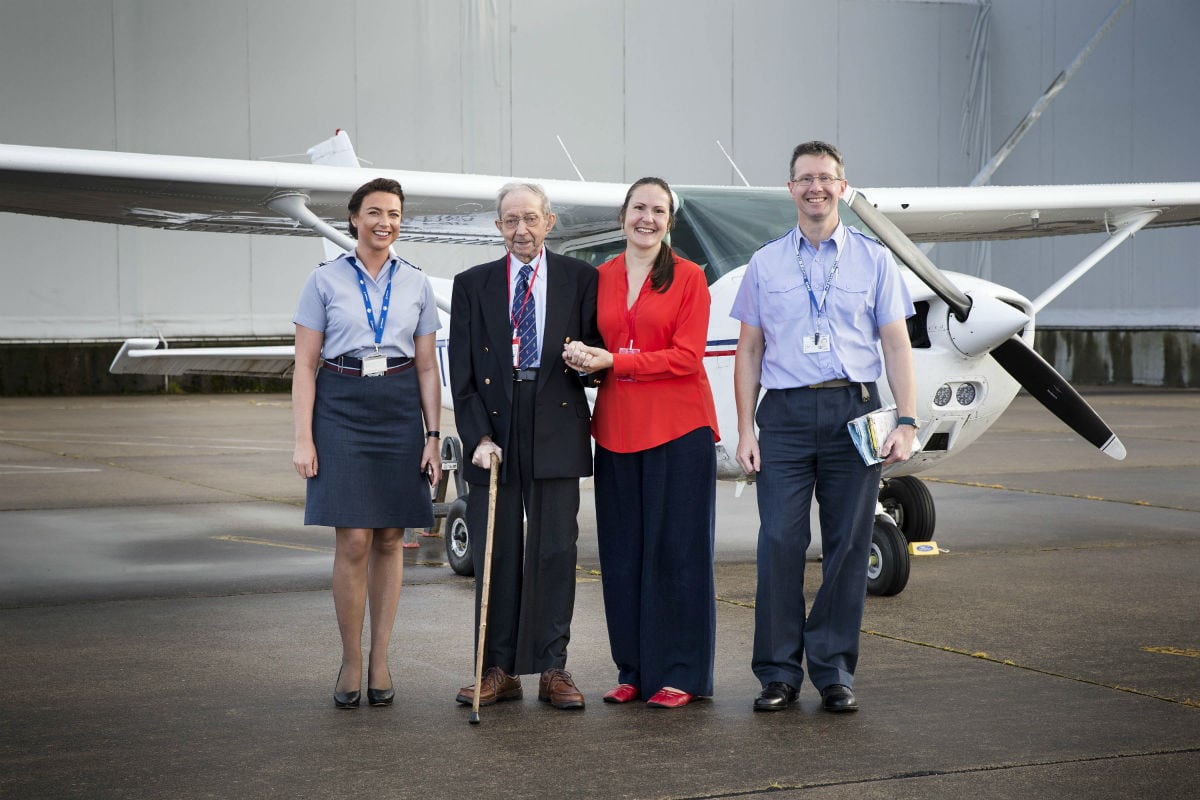 During his 38-year career in the RAF, Mr Harvey flew the Mosquito bomber, Meteor jet and Bristol Beaufighter strike aircraft.

While returning from one sortie during the war, the pilot even had to land one of the bombers with the wheels up due to combat damage.

As he walked across the Moray airfield, the veteran joked the Cessna plane lined up for the flight “would have to do” instead of one of his former planes.

Flight Lieutenant Ian Bright commanded the emotional flight but passed the controls to Mr Harvey while following the line of the Moray coast.

After landing at Kinloss the veteran was presented with a station tankard after getting to inspect the Typhoons his successors in the air force now fly. 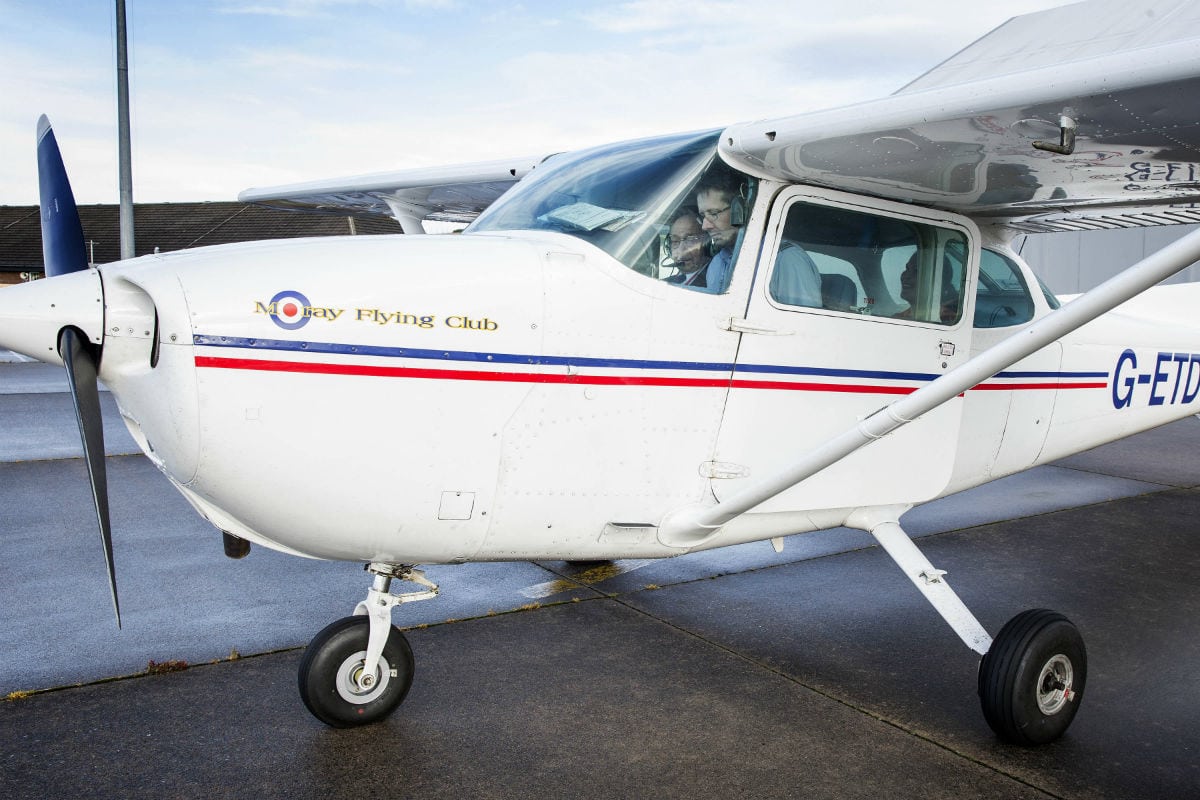 He said: “I’ve had the most fantastic day. It has been so wonderful to fly again.”

Flt Lt Bright added: “It was a huge honour for me to be able to take Mr Harvey flying once more.

“He truly is a fantastic character who had us all laughing – he still possesses brutal military banter.

“Once airborne it became clear that lots of memories were rushing back to him, I think he had a tear in his eye.”