Katy Payne, 20 wanted to give back and help the children who are suffering the same trauma she did as a child

by Ben Gelblum
in Good News, Health, Must Reads 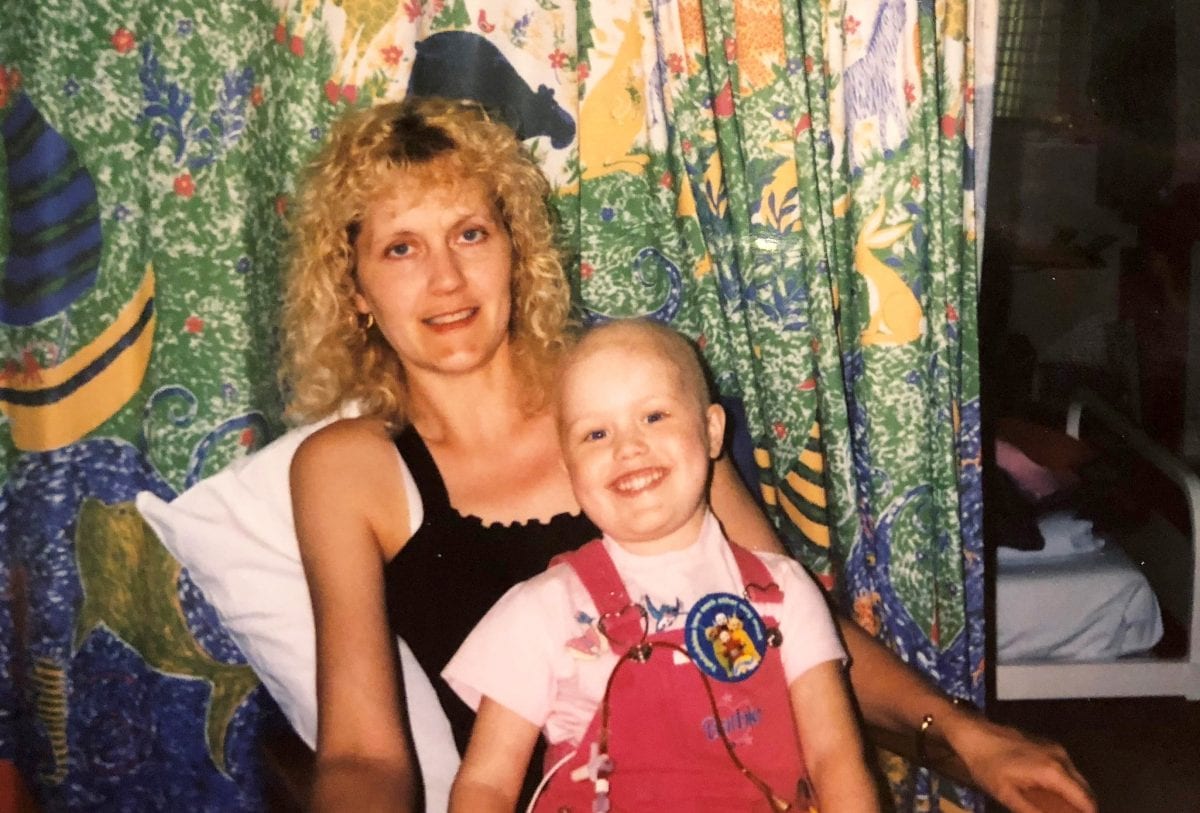 A child leukemia survivor who narrowly escaped death is now set to graduate as a paediatric nurse and live her dream of helping save children’s lives.

Katy Payne, 20 was diagnosed with Leukemia on Christmas eve, 2000 when she was only two and battled the disease for two years before finally becoming ‘cancer free’.

And 18 years on from her diagnosis, Katy from Colchester, Essex is finally able to help children suffering the same horrendous trauma she did.

Katy, who is in her final year at Anglia Ruskin University says her life goal of helping young cancer-sufferers is what she wanted since fighting cancer as a child.

She said: “I woke up from a lumbar puncture during treatment and I looked up to my mum in pain and told her I wanted to be a nurse.

“I had come so close to death and I had to be brought back to life a couple of times but this just made me want to help people more.

“And now when I look at children suffering in hospital and are dying I think ‘wow look at me now’, and I want these children to have a chance at life like I have.”

As a young child, Katy lost her hair through chemotherapy, was always very weak and the steroids she was taking made her bloated.

But almost two years into treatment for acute lymphoblastic leukaemia, she began to get better and began to want to help others like her.

Acute lymphoblastic leukaemia is a type of cancer that affects the white blood cells and there are only around 650 people diagnosed yearly in the UK.

Katy added: “All the way through primary school It was all I spoke about and as soon as I had the chance to choose my own subjects I chose double health and social care.

“I knew that is what would get me into college and then university.

“I was not going to let anything stop me, I was going to be a paediatric nurse and I have always been set on it.

“When I got accepted to university I was in total shock because now I can finally give back after everything I have been through.”

While studying, Katy has been doing work at Colchester General Hospital and spending time with the child cancer sufferers.

And, she is now working with the same nurses who treated her when she had leukemia. She added: “When they first saw me again they couldn’t believe it was me.

“One of the nurses who cared for me when I was sick is Stuart Collier – I now work with him at Colchester.

“He’s one of my best friends and we talk all the time.

“He can remember seeing me when I was sick and my skin was yellow, and he just can’t believe that I’m the same person now.

“He was part of the group that raised the money for my nurse outfit, so for me to be able to say I’m still here and now working alongside him, is incredible.” Doctors at the hospital are shocked at Katy’s head on approach because in most cases hospitals chase children away after horrible experiences.

“Usually when a child has a traumatic experience in a hospital setting it pushes them away from wanting to be near hospitals or have anything to do with them.

“But for me it has been the complete opposite. I want to know more about why I was sick and I want to make others better.

Katy hopes to one day go into oncology but says her immediate goal is to graduate next year August and to work full-time as a paediatric nurse.

Katy, who is the youngest of four added: “Graduating will just be everything for me and will open so many different doors.

“I want to one day study Oncology but that is way ahead, I just want to settle and help as many children as I can.

“This started off as such a terrible story and I have the chance to make that happy ending not only for myself but for so many young people.” Katy adds that the support from her parents was ultimately what helped her most along the way.

She said: “My parents and my nan never left my side and really pushed me forward along the way and I am so thankful to everyone.”