Generous strangers have raised more than £2,000 for a homeless man who had his meagre belongings stolen on the street. They answered an appeal launched by law firm manager Bob Barnes who befriended the rough sleeper, known only as ‘Steve’. Big-hearted Bob, 34, was walking through Bristol city centre when he spotted Steve holding a […] 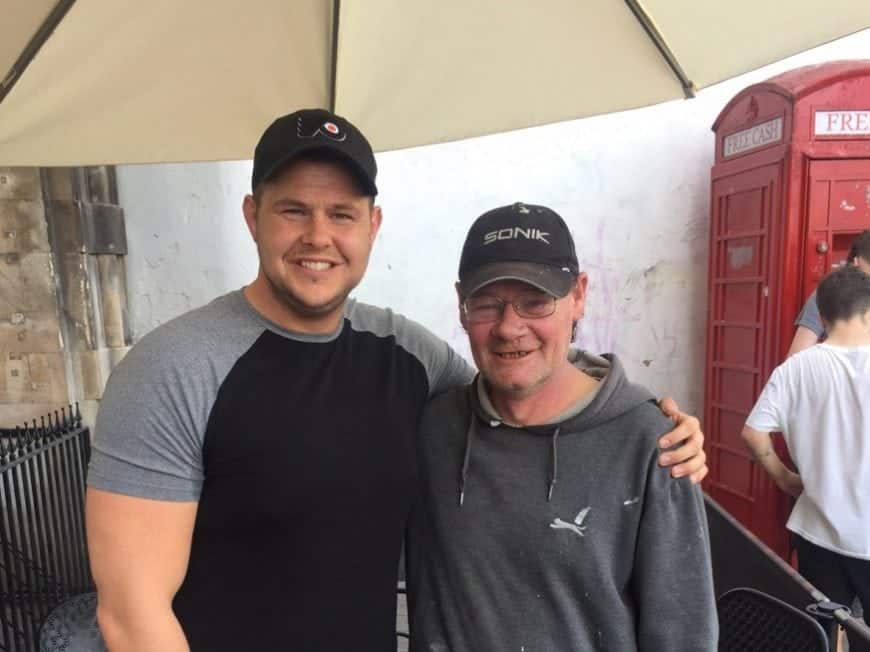 Generous strangers have raised more than £2,000 for a homeless man who had his meagre belongings stolen on the street.

They answered an appeal launched by law firm manager Bob Barnes who befriended the rough sleeper, known only as ‘Steve’.

Big-hearted Bob, 34, was walking through Bristol city centre when he spotted Steve holding a sign which said ‘Not a drunk, not a druggie, but drink and food welcome.’

He bought him a hot meal of bangers and mash from a nearby market but when he returned found him distressed and panicking.

Someone had stolen Steve’s bag containing the small amount of change people had given him together with the rest of his belongings, sleeping bag and passport.

Bob returned to work but Steve’s plight played on his mind and after work he went back to find him. 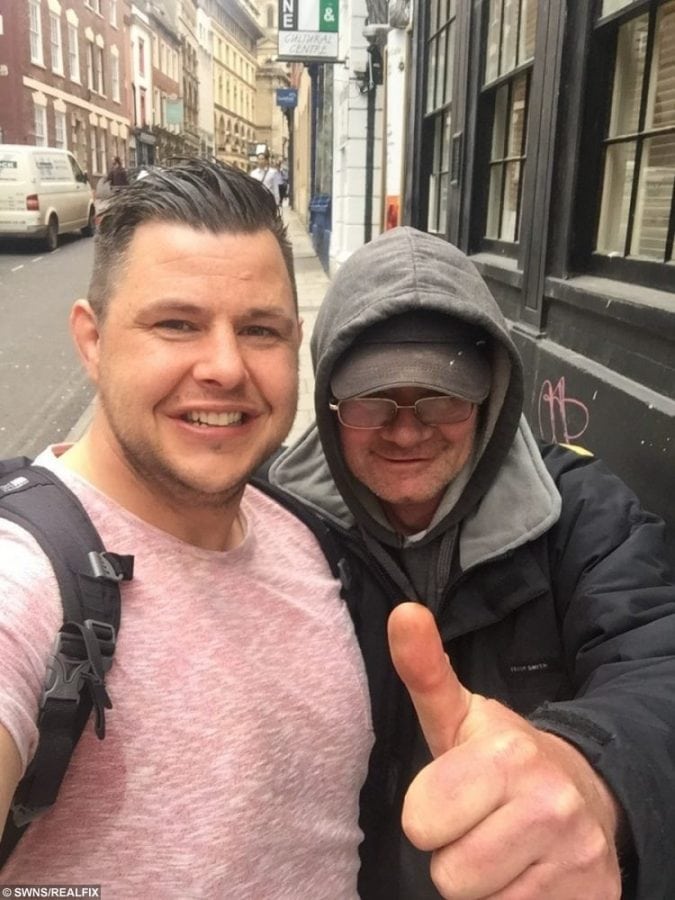 He said: “I wanted to go back and see how he was doing. He wasn’t there, but his sign was. I left a note with my number there for him to call me.

“Two hours later, I got a phone call from him, and I went out to meet him again.

“He told me how he ended up homeless last August after his marriage broke down. He ended up losing everything and sleeping on the street.

“He doesn’t have anything. I said I would help and get some his stuff back and see what else we can do.”

Bob set up a GoFundMe campaign hoping to raise £150, but in just 24 hours more than ten times that amount had been donated.

By the next day the amount had risen to £2,020 and Bob is now helping Steve to plan ways the cash could be spent to help get a roof over his head, rather than sleeping behind a Travelodge in Bristol city centre.

Rugby player Bob was hopeful the cash could be used for find a place for Steve for a couple of months while he looked for work.

He took him out for breakfast and Steve was so overwhelmed by the kind gesture that he became tearful.

Bob said: “He has references from his previous job, where he was a cleaner.

“Hopefully we can put him up somewhere for two months, get him a good job, back on his feet, and become self sustainable.

“This has set a really good platform for us to help him.

“Tonight Steve will not be sleeping on his usual cold steps he has called home for the last nine months.

“He will be staying in a hostel with a roof over his head, bed, shower facilities and safe.”

He added: “I live a privileged life. I’ve got friends, and family and a good support network whenever I need them.