None of Ismail Mohamed Abdulwahab’s immediate family were able to attend after two of his six siblings began displaying symptoms of the virus. 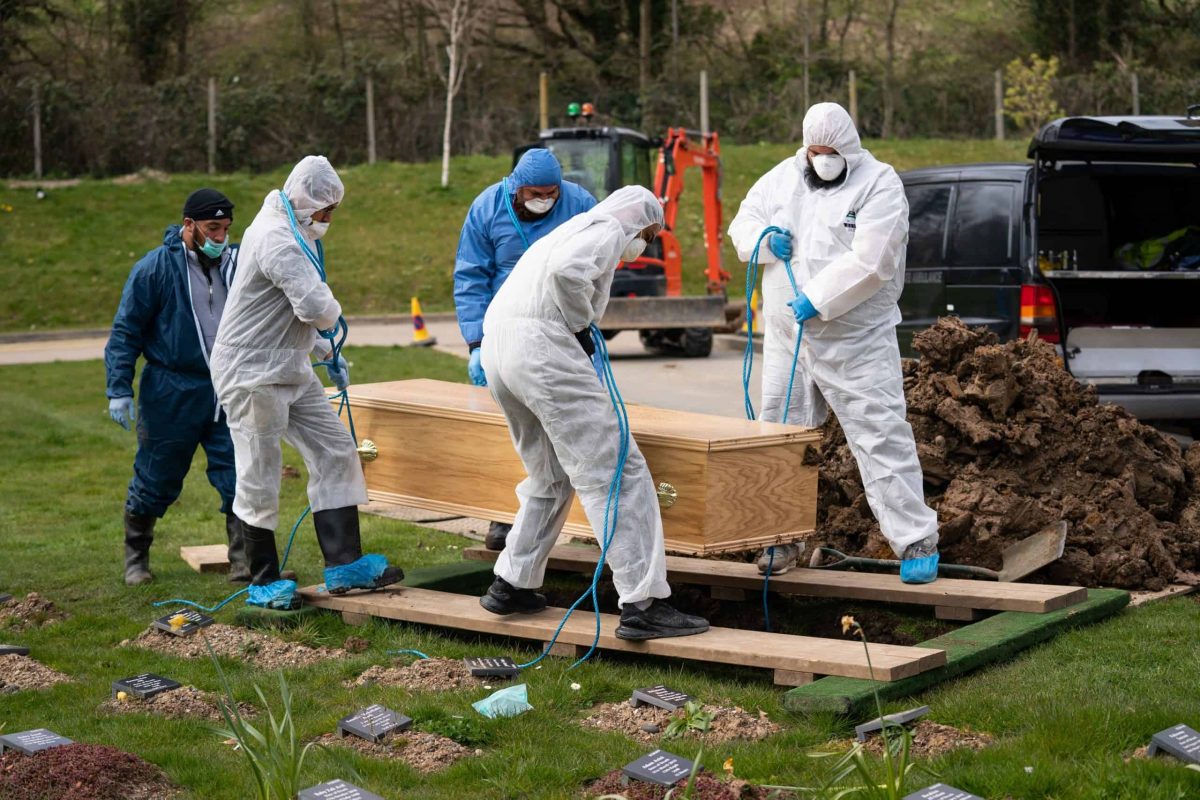 The first child in the UK known to have died after testing positive for coronavirus has been buried without his immediate family present as they self-isolate.

The coffin carrying the body of 13-year-old Ismail Mohamed Abdulwahab was lowered into the ground by four people wearing protective clothing, gloves and face masks at a cemetery in south-east London.

None of Ismail’s immediate family were able to attend after two of his six siblings began displaying symptoms of the virus.

A small crowd of mourners stood apart from each other in prayer, as they observed social distancing guidelines.

Ismail, from Brixton, south London, died alone in hospital in the early hours of Monday.

His younger brother and older sister have developed mild symptoms including a temperature and loss of taste, family friend Mark Stephenson said.

Ismail’s mother and siblings had been “devastated” at not being able to go to the funeral while they self-isolate, he added.

They had hoped to follow the burial on a livestream but had been unable to, so Mr Stephenson called them before and after to keep them updated.

He said some other relatives were present.

Giving a short speech at the ceremony, Mr Stephenson said that while Ismail’s life was short, the tragic news of his death during the pandemic meant he and his family were being offered prayers from around the world.

Mr Stephenson told mourners: “His death at a young age to the coronavirus is no doubt devastating for the family.

“And while only a handful of people are here to offer the funeral prayer, we are comforted in the knowledge that being the youngest person to die of the coronavirus also means that prayers and supplications of thousands of people, not just in the UK but around the world, are also being offered for Ismail and his family.”

In a statement ahead of the ceremony Mr Stephenson, who set up an appeal on GoFundMe for the family, said they had been comforted by the many messages of support since Ismail’s death.

He said: “It’s extremely upsetting for everyone involved, but they have been very moved by the warmth and very positive messages of support from people following their appeal.”

Ismail, who had no apparent underlying health conditions, was described by his family as a “gentle and kind” boy with a “heartwarming” smile in a tribute following his death.

He tested positive for Covid-19 last Friday, a day after he was admitted to King’s College Hospital, and he died on Monday at 3am when his lungs failed and he had a cardiac arrest.

Mr Stephenson, director at the Madinah College where Ismail’s sister works, set up the GoFundMe page to raise money for funeral costs and for the family, who also lost Ismail’s father to cancer.