Hull City fan Stanley Metcalf was found fatally injured at a property in Sproatley, East Yorks., on July 26 this year

by Guest Contributor
in Football, Heart Wrenching, Must Reads 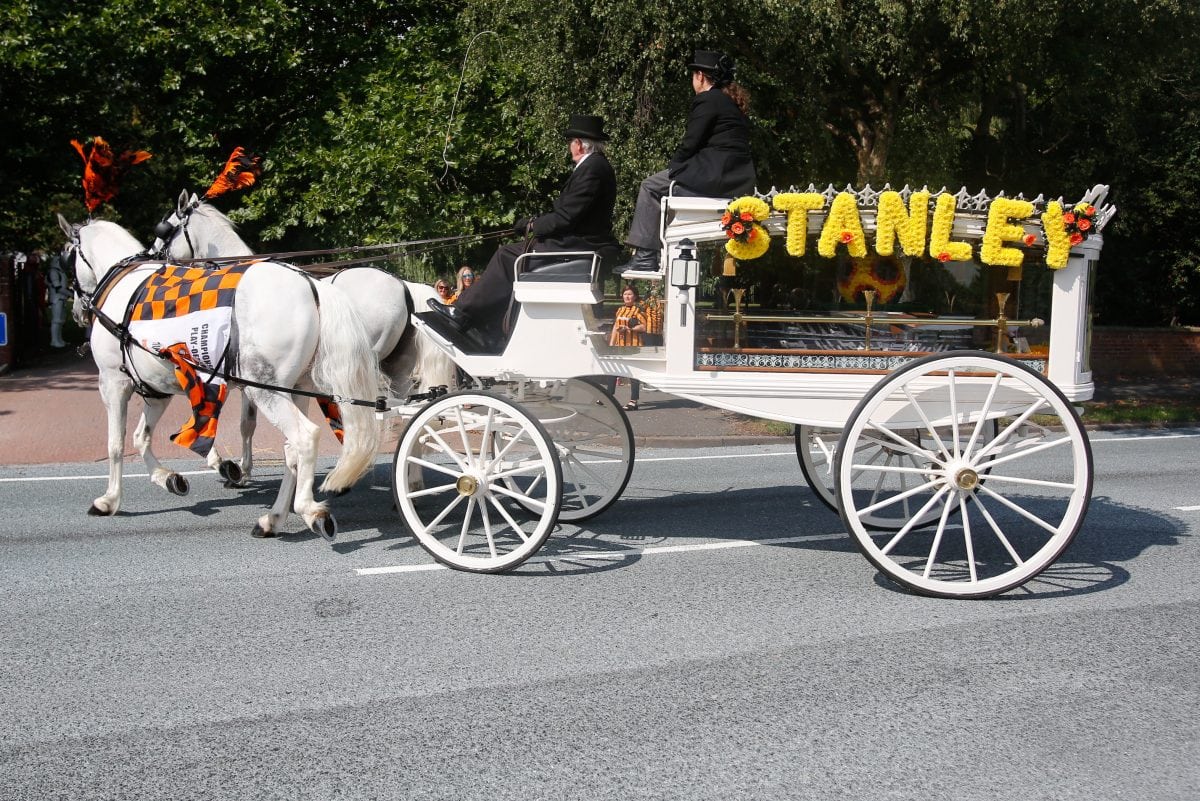 A six-year-old fatally shot with an air rifle has been laid to rest by close friends and family – many wearing the shirts of his favourite football team.

Stanley Metcalf was described as a football-mad Hull City fan who was ‘vibrant and full of energy’ as his nearest and dearest paid their respects to the youngster at his funeral. 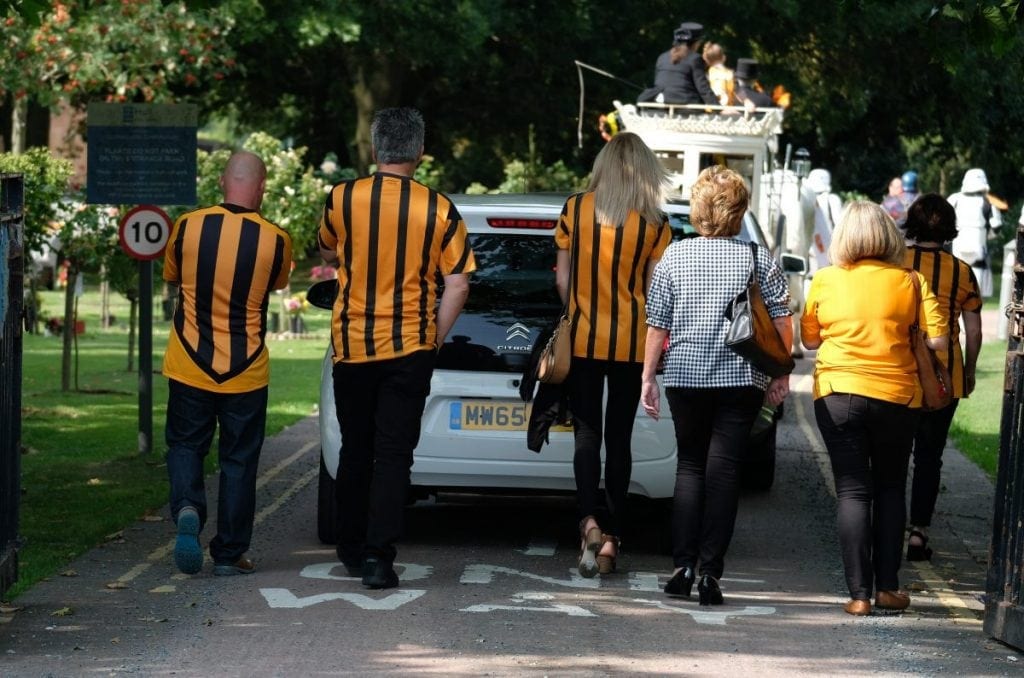 A pair of white horses draped in amber and black flags and – the colours of Stanley’s beloved Hull City – pulled along a white carriage with the words ‘STANLEY’ written in yellow flowers.

Tragically, his six-year-old twin sister Elsie sat on top of the carriage and waved to her family when she spotted them in the crowd.

Friends and family donned Hull City football jerseys as well as a few youngsters dressed up as characters from Star Wars at the low-key funeral.

The procession was announced by Stanley’s family, including parents Jenny and Andy, as to be fun to remember their ‘loving, caring and beautiful boy’. 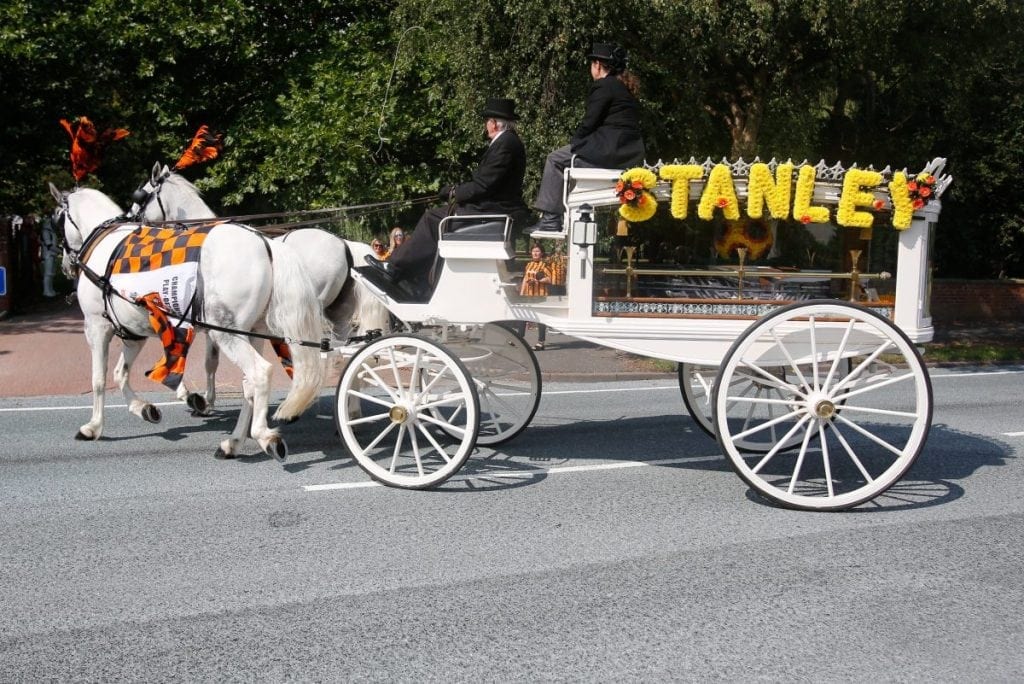 However, many of the crowds shed tears and were inconsolable as the hearse pulled up to the Chanterlands Crematorium in Hull, East Yorks., today (weds).

The football-mad youngster was shot by an airgun in circumstances described by detectives as a ‘tragic accident’ on July 26 this year.

He had been at a property visiting family in Sproatley, East Yorkshire, when he was shot by the rifle in the stomach.

Stanley was then taken to Hull Royal Infirmary where he died hours later. 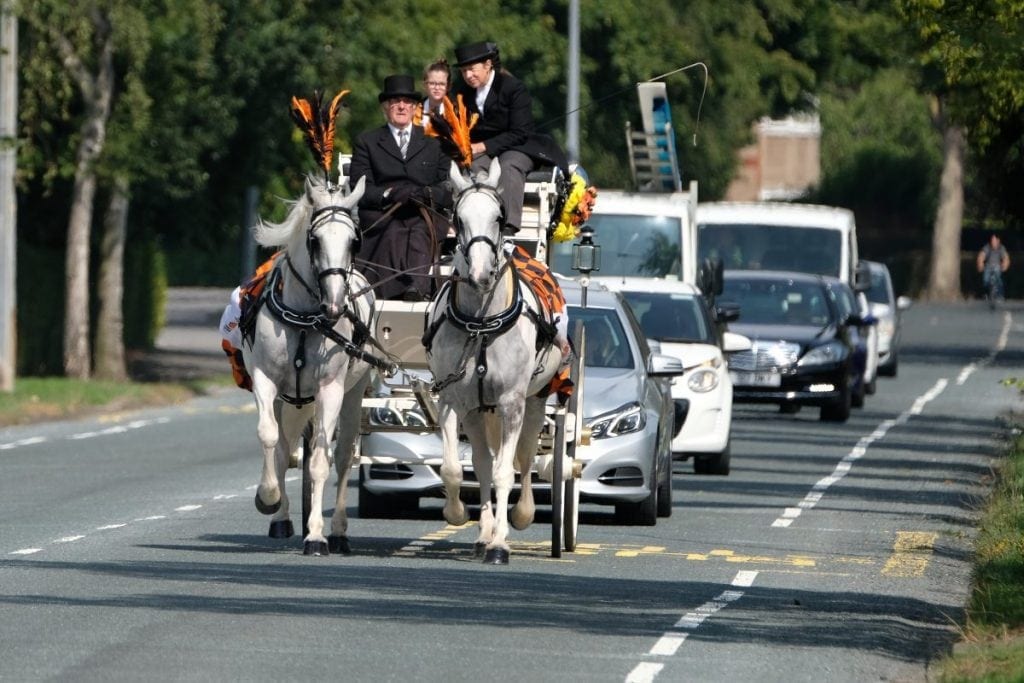 A tribute released by Humberside Police read: “We are absolutely devastated and completely heartbroken without Stanley and it still doesn’t feel real we won’t see his happy, smiling face again.

“There are no real words to express how the loss of Stanley has affected us and we all miss him so much.

“He was so vibrant and full of energy, a typical six-year-old boy who just wanted to have fun and enjoy life, and he adored playing football.

“The condolences and support we have received has been incredibly touching and we would like to thank everyone, friends, the general public and the media, for their kind words and sensitivity during what is such an emotional and devastating time for us.

“Stanley’s funeral will be a day dedicated to him and for him, he is all that matters.”

The statement concluded: “Stanley was a loving, caring and beautiful boy, and there is a huge gap in all our lives now that will just never be filled.”

His funeral was followed with a fun day event at St Mary’s Queen of Martys Academy. 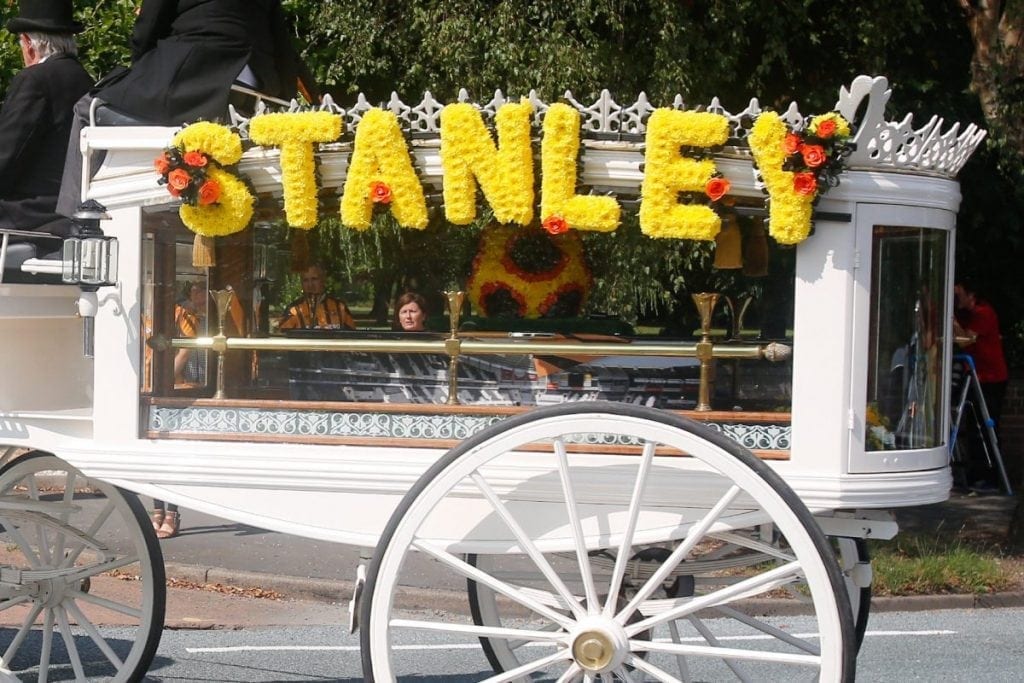 Humberside Police say no arrests have been made following Stanley’s death.

An inquest into Stanley’s death was opened and adjourned earlier this month.

Senior coroner Professor Paul Marks was told that a post-mortem examination revealed Stanley’s cause of death to be “airgun projectile wound to abdomen.”