Antonio Gouveia claimed for 289 days at a £155 a night hotel , cash and food allowances

A fraudster stole more than £53,000 intended for victims of the Grenfell Tower tragedy.

Portuguese cleaner Antonio Gouveia claimed for 289 days at a £155 a night hotel, cash handouts and food allowances by pretending to have lived in the tower where 72 residents died on June 14 last year.

The 33-year-old told authorities he lived in a flat where an elderly woman lived, but she had never heard of him,

Gouveia received cash and £44,795 in accommodation while being neither a survivor nor a bereaved family member himself.

He also went to the Rugby Portobello Trust charity set up in the wake of the tragedy to claim a laptop intended for the victims of the fire after intercepting the genuine resident’s post.

He was charged with two counts of fraud by false representation between June 20 last year and April 5, 2018, after being arrested last Thursday.

At Westminster Magistrates’ Court last Friday he appeared in the dock wearing a green jumper and white shirt over the top and spoke only to confirm his name, address, date of birth and confirm his nationality as Portuguese.

He pleaded guilty to both charges.

He said: “He posed as a resident of Grenfell Tower on the night of the fire last July.

“He told the authorities that he was a resident of Grenfell Tower and was there on the night in question.

“He got £60 in cash and then was given accommodation at the Cumberland Hotel.

“The cost per night is £155 per night and he claimed 289 days from the Royal Borough of Kensington and Chelsea.

“Expenses for food intended for survivors of Grenfell Tower he also took advantage of.

“Inquiries were made and a lady in her 80s lived at the flat he claimed to live. 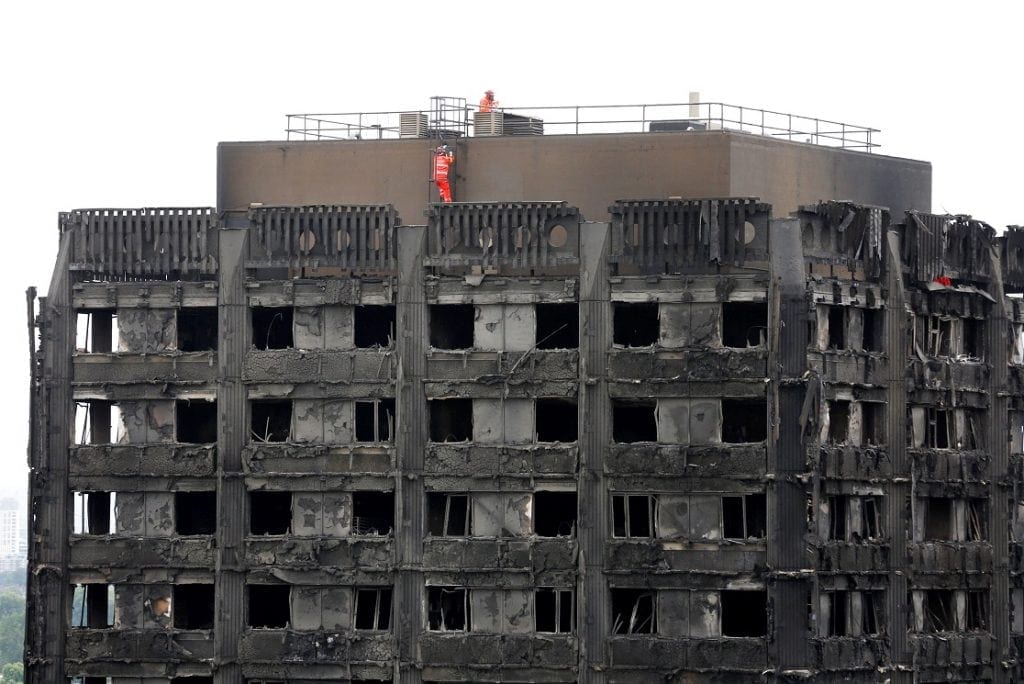 “She never knew Mr Gouveia and has nothing to do with him.

“At interview he initially maintained he resided at that flat for four to five months and knew the name of the woman who lived there.

“He presented himself at a postal depot and obtained correspondence sent to the woman in the flat, that’s how he knew her name.

“He then preceded to elaborate his account by pretending he knew that person and had been staying with her consent.”

Gouveia then claimed a laptop and Mr Fitch added: “He went to Westway and reported to be a resident of the tower to get a laptop intended for survivors of the Grenfell Tower tragedy.

“Police knew that this was not the actual resident because the daughter of the person who lived there went to that establishment and was told someone had already obtained the laptop for the occupant of that flat.

“This is an offence which attracts a substantial sentence.”

Gouveia has one previous conviction for shop lifting in 2011.

He also gave two addresses to the court but officers had gone to both houses and he did not live at either.

Davinder Virdi defending told the court Gouveia recently divorced from his wife and was sofa surfing when he committed the offences.

He said: “I’m not granting you bail evacuee I fear to will fail to surrender and commit further offences.

“I came to that view because you admitted these offences and I’m not satisfied you reside at the address you have given to the court.”

Gouveia will next appear at Isleworth Crown Court on August 31 for sentence.