– Yes you read that correctly. The world’s worst Tinder date has inspired perhaps the world’s best crowdfunder as a Bristol student more than reached his £300 appeal to replace a window smashed by firefighters after a Tinder date went awry. The postgrad student who asked to remain anonymous posted the following on a Go Fund […] 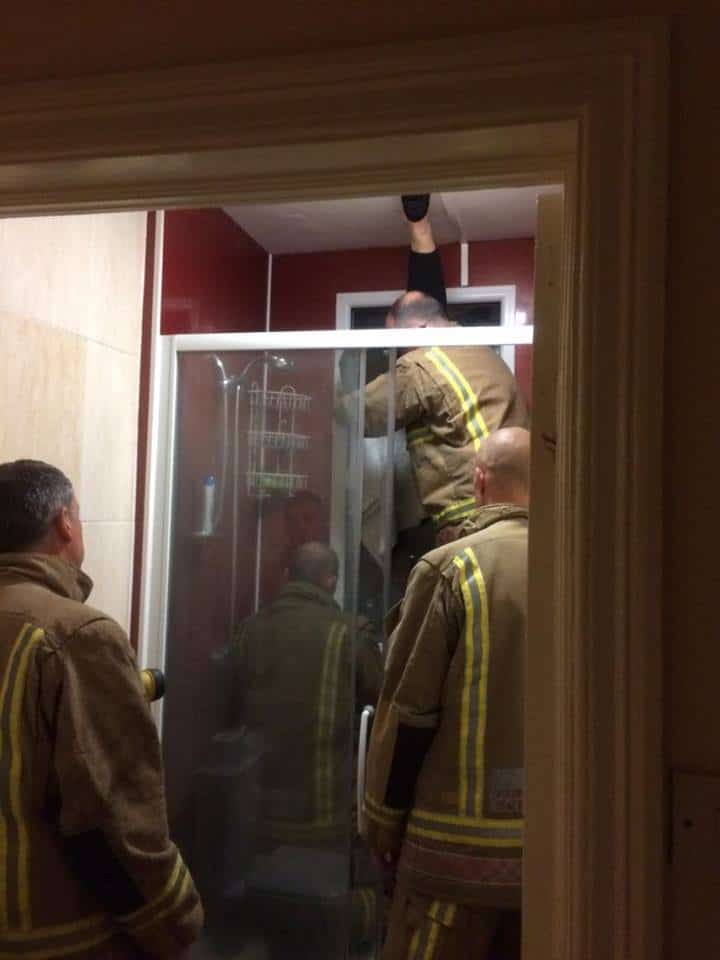 – Yes you read that correctly.

The world’s worst Tinder date has inspired perhaps the world’s best crowdfunder as a Bristol student more than reached his £300 appeal to replace a window smashed by firefighters after a Tinder date went awry.

The postgrad student who asked to remain anonymous posted the following on a Go Fund Me appeal:

“I recently took a girl I met on tinder to Nandos. We had a lovely evening, and enjoyed each others company very much. After our meal, we repaired back to my house for a bottle of wine and a scientology doccumentary.

About an hour in to Louis Theroux and chill, my date got up to use the toilet. She returned with a panicked look in her eye, and told me she had something to tell me.

“I went for a poo in your toilet”, she told me “and it would not flush. I don’t know why I did this, but I panicked”, she continued “I reached into the toilet bowl, wrapped it in tissue paper, and threw it out of the window”.

I was understandably concerned, and told her we would go outside, bag up the offending poo in the garden, bin it, and pretend the whole sorry affair had never happened. Unfortunately, owing to a design quirk of my house, the toilet window does not in fact open to the garden, but instead into a narrow gap of about a foot and a half, seperated from the outside world by another (non-opening) double glazed window. It was into this twilight zone that my date had thrown her poo. Here are two photos to illustrate: 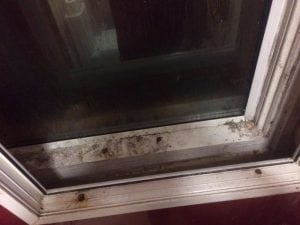 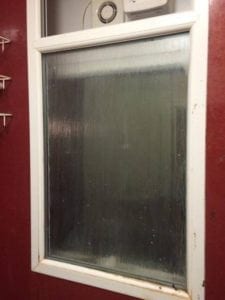 As can be seen in the picture, the inside window opens at the top, into the gap that is seperated from the garden by a non-opening double-glazed window pane. Seeing only one solution, I messaged our house group-chat, and went upstairs to find a hammer and chisel to smash open the window.

My date had other ideas.

Being an amateur gymnast, she was convinced that she could reach into the window and pull the poo out, using the tried and tested “inside out blag as glove” technique. Unfortunately she couldn’t reach. She climbed further in and had the same problem. Eventually I agreed to give her a boost up and into the window. She climbed in head first after her own turd, reached deeper into the window, bagged it up, and passed it out, over the top and back into the toilet from whence it came. She called out to me to help her climb out from the window, I grabbed her waist and I pulled. But she was stuck. Stuck fast. Try as we might, we could not remove her from the window. She was stuck fast, upside down in the gap. Here is a picture to illustrate: 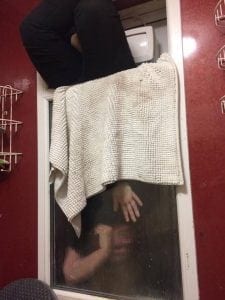 (My date, upside down in the window)

Unfortunately for my date, at this stage I could see only one way out of our predicament. She had been upside down in the window for around 15 minutes at this point, and I was starting to grow concerned for her health. I called the fire brigade.

Bristol’s finest were on scene sirens blairing in a matter of minutes. Once they had composed themselves after surveying the scene in front of them, they set to work removing my date from the window using all of their special firemen hammers and tools. It took them about 15 minutes. Here is a picture of them working: 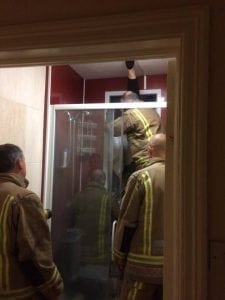 Unfortunately, although they rescued my date unharmed from what must have been a rather unpleasant confined space to find yourself in, in the process they had to completely destroy the window with their special fire tools. I’m not complaining, they did what they had to do. Problem is, I’ve been quoted north of £300 to replace the window. As a postgraduate student, that is a significant chunk of my monthly budget (in fact, that is my monthly budget).

So I’m turning to the internet for help. If people could donate just a couple of pounds/dollars/yen/ruppee/North Korea Won to help me repair my (now broken) window I would be enternally greatful. If the window is not replaced my landlord may well kill me, so you would be literally helping to save a life.

Oh yeah, and if by some miracle I manage to raise more money through this page than the cost of the window, any remainder will be split 50/50 between two charities:

First, toilet twinning, a charity building and maintaining flushing toilets in the developing world. 60% of people worldwide don’t have access to a flushing toilet, which, when you think about it, really is pretty shit.

Thanks in advance gofundme!

(I’m keeping myself and my date anonymous for pretty obvious reasons. She knows about this gofundme page and is cool with it, so plaes respect our privacy)”

This beautifully illustrated funding plea has exceeded the £300 asked for a few times over now and gone viral, leaving a lot of questions unanswered.

Especially will there be a second date? And will it be a meal involving a bit more roughage perhaps?