According to recent figures, you are 20 times more likely to be robbed while online by a criminal based overseas, than by a robber in the street. There were an estimated 3.6 million cases of fraud and 2 million computer misuse offences last year alone, and fraud is now the most commonly experienced offence. While […]

by Sam Allcock
in Business, Consumer 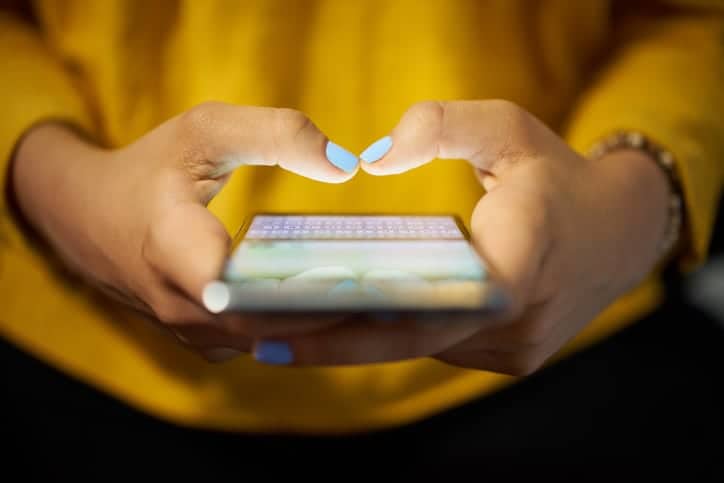 According to recent figures, you are 20 times more likely to be robbed while online by a criminal based overseas, than by a robber in the street. There were an estimated 3.6 million cases of fraud and 2 million computer misuse offences last year alone, and fraud is now the most commonly experienced offence.

While many people seem to think they’re taking cyber security seriously, the harsh reality is that scammers are targeting an increasing number of online users. With the increase in smart products, scammers have the opportunity to find and target vulnerable victims more easily. But there are a few things you can do to make sure you’re not one of the unlucky ones online.

Emergency call outs can you leave you victim to rogue traders

Many tradesmen have taken to promoting their business on search engines or social media using paid advertising. In emergencies, such as a broken boiler or being locked out of your home, people may just do a quick search online to find an emergency trader to fix the emergency. However, without the correct research in place, consumers could fall victim to a scammer who will charge hyperinflated prices for a simple job.

This is especially true for locksmiths, who are not regulated by the government. Cowboy locksmiths often charge far more than the average prices, as they target vulnerable people locked out of their homes. It’s important to take time when picking a locksmith in an emergency situation, and ensure that you ask for a quote to avoid being caught up in a locksmith scam. According to this guide on avoiding locksmith scams, a fair price for a locksmith “should rarely exceed £300”, however prices will vary depending on the type of lock, door, or even the time of day.

It’s always best to research for these types of emergencies before they happen, so keeping a reputable locksmith, and other tradesmen’s numbers saved in your phone can help stop you being scammed.

The number of spam emails is drastically increasing, and it is currently estimated that more than half of all emails sent are spam and malware, and the rise of legitimate-looking phishing emails are catching people out. Phishing scams gain personal information, such as usernames, passwords, and bank details, in the form of an email which appears to have been sent from a legitimate website or business. Scammers are increasingly focusing on these types of scams, and this year they have already risen by 155 per cent compared to 2016.

The emails and documents are looking more official than ever now, and there was even a Google Docs scam earlier this year, which granted permission for bogus third-party apps to gain access to contacts and emails. According to the UK’s fraud and cyber-crime centre Action Fraud, customers are being hit with spoof emails from ‘service@amazon.co.uk’ which look legitimate. However, one consumer lost out £750 after clicking the link in the email, indicating that the shopper hadn’t authorised a transaction.

Keeping vigilant online, and double checking the address of any received email—even if they seem official at first glance—can help keep online users safe. If shoppers have been caught out, they should contact their bank who may be able to offer a complete refund.

Online dating fraud victims are at a record high

Scammers are also targeting the ever-growing business of online dating. There are now more than 1,400 online dating sites in the UK alone, and last year there were a massive 3,889 victims of what is now being called “romance fraud”. According to the National Fraud Intelligence Bureau, the victims handed over a record £39 million after being caught up in the scams.

While victims can report the scam to police, they often won’t manage to get their money back. On top of this, scammers cover their tracks by masking IP addresses and using unregistered phone numbers. Online daters should stay safe, and never send money online to people they have never met. They should also be cautious over how much information they publish online, as criminals often piece together information from dating and social media profiles in order to manipulate victims.

Researching products and services before you buy can also help lower the chances of becoming victim to a scam online. Ultimately, though, everyone should be vigilant when using the internet, even when opening emails from seemingly legitimate sources.