The 29-year-old was airlifted to hospital after plunging 10ft down the rock face at Winspit near Swanage, Dorset, yesterday afternoon. 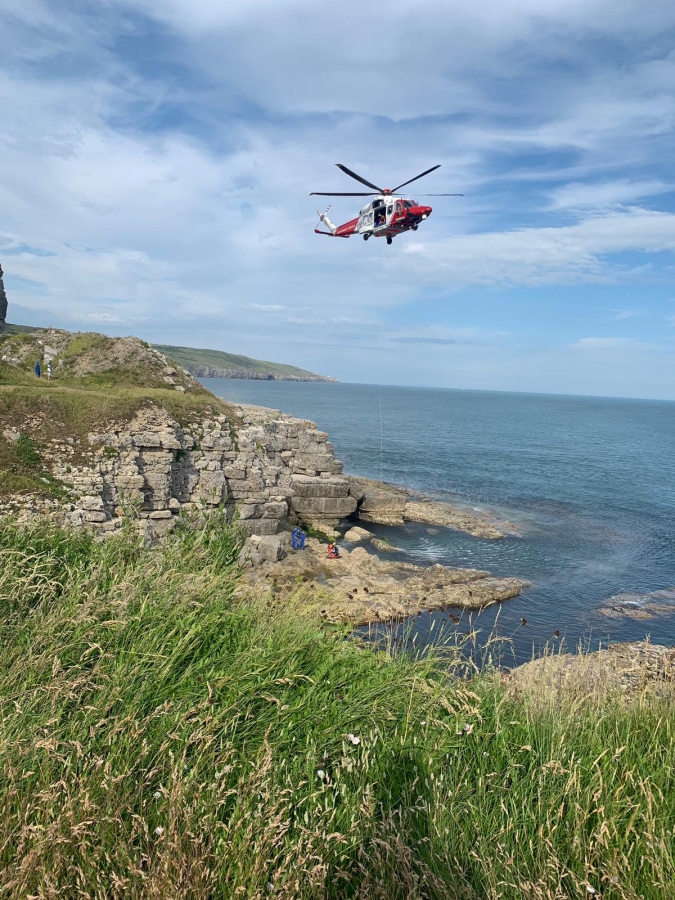 A woman broke both her legs after tombstoning into the sea and hitting submerged rocks.

The casualty, 29, had to be airlifted to hospital after plummeting down the steep rock race at Winspit, near Swanage, Dorset, yesterday afternoon (Saturday)

She broke both her legs and suffered nasty cuts after misjudging her leap into the water and smashing straight into a cluster of rocks.

Swanage Coastguard and lifeboat teams were called to rescue her shortly after 4.30pm.

Unable to move after breaking her legs, the Coastguard called for an air ambulance, who airlifted the woman to hospital for treatment.

She was taken to Poole Hospital and is understood to not have suffered serious or life-threatening injuries.

Swanage Coastguard says an off duty doctors was on hand to check the woman over for any spinal injuries, and thankfully none were found.

After landing awkwardly on her knees, she was hauled out of the water by friends before a member of the public ran for over a mile to get phone signal.

A coastguard helicopter was scrambled to the remote location to winch her from the cliffs and fly her to Poole Hospital.

The Swanage lifeboat also attended and gave the woman gas and air pain relief while the helicopter was en route.