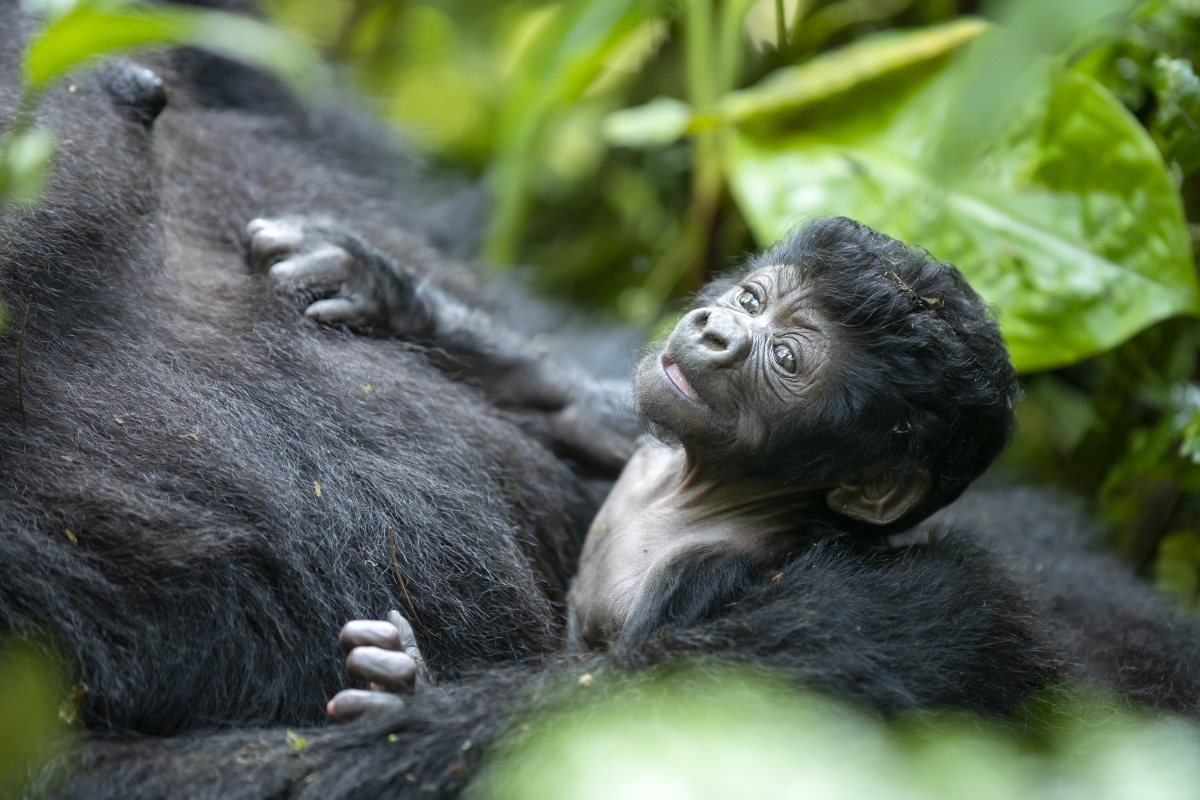 Safe in its mother’s arms, this eight-day-old baby gorilla is one of only 400 left in the wild in Uganda.

The 330 square kilometre park and is home to the gorillas who feed on roots, leaves and fruits found on the park’s trees and ferns.

Gorillas live in the park at elevations between 1,500 and 2,300 metres in the forest.

Vince, 46 from North Tuddenham in Norfolk, said: “This was an amazing experience and one that I shall remember for a long time.

“They are so similar to us, sharing 98% of our DNA, but at the same time so gentle. They seem to share all of man’s good qualities and none of our bad ones.”

In total there are just over 1,000 gorillas still living in the wild.

Vince added: “The baby Gorilla was just eight days old and as yet the sex isn’t known and therefore it hasn’t yet been given a name.

“The baby was being held by its mum. She was very protective but at the same time, very relaxed in our presence.

“I believe the mother was around 12 years old and this was not her first, so she’s an experienced mum.

“The Silverback in this group is known as Christmas, and with the recent new arrival, he could also be affectionately known as ‘Father Christmas’.

“Numbers in Uganda are estimated to be around 400, so every newborn is precious in more ways than one.”