The family of an elderly woman who died weeks after being attacked by a female robber has blasted the 30-month prison sentence – branding it “a final insult”. Danielle O’Neill pretended she was a police officer to persuade Philomena Keane, 75, to open the front door of her flat in Coventry at 4am on […] 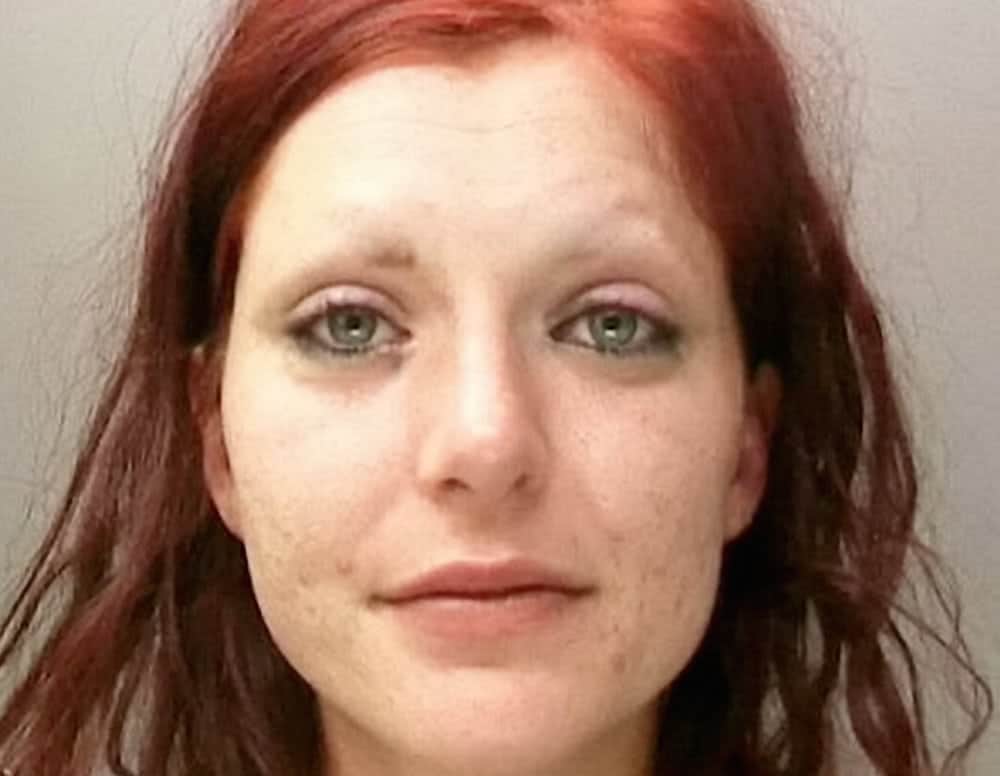 Danielle O'Neill robbed the flat of Philomena Keane in Coventry and was jailed for 30 months. This is the scumbag who posed as a PC before punching and robbing an elderly woman who died after suffering a stroke the next day. See NTI story NTISCUM. Vulnerable Philomena Keane, 75, who relied on an oxygen supply, passed away in hospital just six weeks after suffering the stroke. Her family believe that the brutal attack could have triggered the seizure. But Danielle O’Neill was jailed for just 30 months after prosecutors said there was no proven link between the vicious attack and Mrs Keane’s death. The victim’s family today told of their anguish, describing the sentence as a “final insult”.

The family of an elderly woman who died weeks after being attacked by a female robber has blasted the 30-month prison sentence – branding it “a final insult”.

Danielle O’Neill pretended she was a police officer to persuade Philomena Keane, 75, to open the front door of her flat in Coventry at 4am on June 27, 2015.

O’Neill, 31, punched Mrs Keane, who wore an oxygen mask, in the face before ransacking the property.

Mrs Keane suffered a stroke the next day and died in hospital six weeks later.

On Thursday (6/7) O’Neill was jailed for 30 months at Warwick Crown Court after she was found guilty of robbery.

Despite the ferocity of the robbery. the judge heard there was no proven link between the attack and Mrs Keane’s death.

Mrs Keane’s family told of their anguish, describing the sentence as a “final insult”.

Mrs Keane’s heartbroken daughter Helen, 48, said: “Her neighbour called me to say she was being attacked – at that point I thought she was dead.

“We went straight up there and she was in a neighbour’s flat.

“It was a relief to see she was up and standing.

“At that point I didn’t really believe what was happening.

“Who punches a 75-year-old woman, who is on oxygen, in the face?

“Why did she have to do that?”

Helen – who is one of four sisters and brothers – said Mrs Keane was too scared to return to her flat in the aftermath of the attack.

She said: “After going to the hospital, our mum didn’t go back to her flat as she was too frightened.

“She stayed with me the next day and then she had a stroke and fell and broke her hip.

“She was in hospital for six weeks and even in there she was scared as she thought this woman was going to come and get her.

“We heard our mum’s interview being played which was quite harrowing.

“But we couldn’t face her being on the stand.

“It was great that the jury found her guilty and we were upbeat then, but it still didn’t feel like closure.

“On the day she was sentenced we were relieved that it wasn’t a suspended sentence, but she could still be out in 15 months – it’s not long enough.”

Helen’s sister Barbara, 57, who attended every day of the trial, added: “It was horrible to go to court.

“Even just to be searched on your way in and then to come face-to-face with her (O’Neill).

“I never understood why she didn’t admit it.”

Their brother Bernard added: “We are still in shock two years on.

“You hear about these things happening on TV, but you think it will never happen to your own mother or family.

“It’s scandalous that she (O’Neill) will be out getting on with her life and we have the rest of our lives thinking about it.

“This girl has shown no remorse and lied all the time.

“The final insult is the sentence that she was given.”