Britain's most notorious stink-bomber Bill Phillips, 80, was fined £10 in 1973 after a smelly joke bomb he threw at then PM Ted Heath missed – and hit the Queen.

by Joe Mellor
in Must Reads, Politics, Weird News 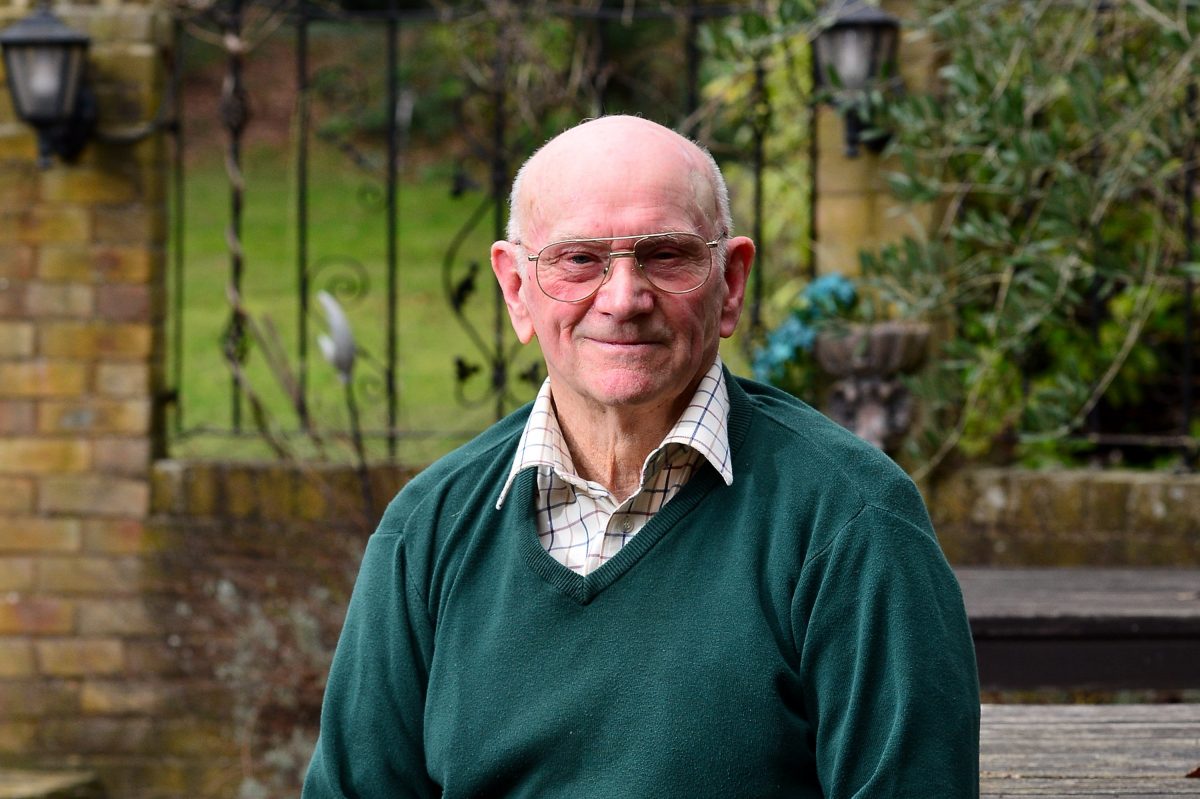 A staunch Eurosceptic, who hit the Queen with a stink bomb at a protest just after Britain joined the EU, has vowed to start pelting MPs if it would speed up Brexit.

Britain’s most notorious stink-bomber Bill Phillips, 80, was fined £10 in 1973 after a smelly joke bomb he threw at then PM Ted Heath missed – and hit the Queen.

He threw the joke shop stink bomb during a demonstration against a lavish dinner being thrown to celebrate Britain joining the then European Economic Community – but had absolutely no idea Her Majesty was there.

Bill, who was an electrician at the time, hurled the joke shop ‘bomb’ with the intention of hitting Ted Heath and was ‘soulfully sorry’ when the bomb hit the Queen who was walking several paces ahead instead.

After the incident – and apologising to his wife Hazel – Bill put the other two German-made stink bombs away and vowed he would never touch them again.

But Bill has now dug out his old smelly bombs and is joking about using them, if Brexit is delayed yet again.

He said: “I always said that my stink-bombing days were over, but I might come out of retirement if the politicians keep dragging their heels.

“They should get on with it – we’re a democracy, and we democratically voted to leave the EU.

“It doesn’t matter how vocal the minority is, the people have spoken, and we want Brexit.”

Described by his daughters as ‘the original Brexiteer’ Bill found himself in trouble in 1973 for protesting the ‘fanfair for Europe celebration’ – a taxpayer-funded £300,000 celebratory dinner for dignitaries.

He said: “I went up to Covent Garden with a mate because we were just so angry.

“Some of us were working two or three day weeks because there weren’t enough wages to go around.

“My wife was always complaining about how much more food was costing, much like she does now, really.

“My mate had a flag with him, and I brought an old box of stink bombs I had lying around.

“It was one of the ones you’d get from a joke shop – it couldn’t have cost more than a few bob.”

Royalist Bill reckons he is the only person in British legal history of being convicted for hurling a stink bomb at the Queen, even though he didn’t know she was there.

He said: “There were thousands of us in the crowd – Labour, Communists and just normal people.

“Someone shouted that Ted Heath was there and I just hurled it.

“I got lifted pretty quickly afterwards – security was tight.

“A copper asked me who threw the stink bomb and I said I did.

“It seemed the easiest thing to do.

“They had me up before magistrates the next day, ordered me to pay a £10 fine, and I went home, simple as that.

“I was in a lot more trouble when I got home.”

Wife of 60 years, Hazel, 79, said: “I knew he was going up to town to protest but I didn’t know what he was planning.

“The first I knew was getting a phone call from the police.

“I’d have been there with him, but I had three young children to look after.”

Bill says he never would have thrown the bomb if he had known the Queen was there, because he’s a massive fan of the Royal Family.

Him and wife Hazel even decorate their home in Portsmouth, Hamps., on special occasions, like the Queen’s Golden Jubilee, and Prince William’s wedding.

He said: “I didn’t even know the Queen was there.

“If I had, I’d never have thrown anything.

“I truly believe that the Queen is the only person that can save the mess we’re currently in.

“She’s the one strong enough to stand up and say when enough is enough.”

Bill doesn’t think that a stink bomb could save Brexit now, but does have two left.

He joked: “Things are so much different now – if someone threw a stink bomb, they’d have the book thrown back at them.

“I don’t regret what I tried to do – I just regret that the Queen was involved.

“The country was in a shambles then, just like it is now.

“I think the only one person who could sort out this mess is the Queen.

“What upsets me most is wasting money.

“If a stink bomb that only cost a couple of pence would fix the situation, then I’d be all for it.

Former electrician Bill, who was part of the team that worked on Heathrow Airport, and wife Hazel were delighted with the referendum result, but reckon that Theresa May is the wrong person to take us out.

Hazel said: “It’s like getting a vegan to organise a hog roast.

“She’s against Brexit so it’s not in her best interests to do a good job.”

Bill and Hazel have enjoyed many European holidays over the course of their 60-year marriage with their family and have many friends living abroad.

They have three daughters and nine grandchildren.

Daughter Lynn, who was ten at the time of the stink bomb, said she remembers the media storm that followed her dad’s comedy conviction.

She said: “He was called the ‘shy protester’ because he didn’t want to speak to media.

“He threw the stink bomb out of frustration but didn’t want to make a big deal out of it, the media were relentless.

“He loves the queen, we all love the royals.

“He was soulfully sorry when the prank aimed at Ted Heath hit her and would take that back.

“My dad is the original Brexiteer.

“If he did the same now the majority of the country would be behind him.

“He has always been a real character and prankster.

“Growing up he always let us have our own opinions, but we are all Brexiteers.

“When we voted to leave it was to leave.

“Dad had accepted the fact that we were in the EU, and just five years ago we wouldn’t have thought about it but now Brexit has brought it all back up.

“He believes in this country.

“When Brexit finally happens we will have a party with a red carpet up the drive and when Dad walks up it we will pelt him with stink bombs in honour of him.” Said Lynn, 55, a foot health practitioner.

Bill added: “I have nothing against Europe or Europeans.

“Their rules have caused wine lakes and grain mountains, ruined farming in this country and caused no end of trouble.

“I still use Imperial measurements when I go to the shops and lots of my friends do too.

“You vote and then you have to abide by the outcome.

“There shouldn’t even be talk of a second referendum – this is how democracy works.

“I was glad when the vote came back, but that was a long time ago.

“There’s so much speculation and talk about deals now.

“We didn’t vote for a deal – the country voted to leave. That should be that.”

Bill was born in Kensington, central London, but had to move out to the countryside after his house was bombed during the Blitz.

He added: “We grew up with nothing, thanks to fighting Europe – with rationing and all that.

“Then they threw our Colonies away by joining the European Commonwealth.

“I just want us to be out, even if it needs another stink-bombing.”